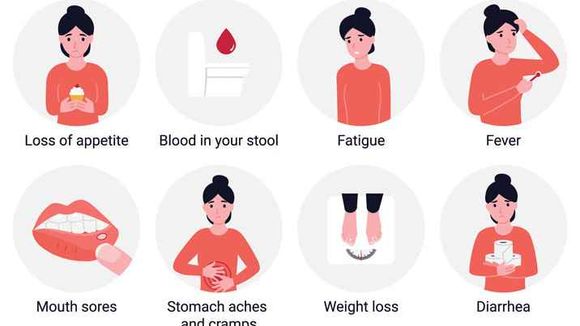 Crohn's disease is a type of inflammatory bowel disease (IBD), which can affect any part of the gastrointestinal tract. When diagnosed, a person with this disease has to follow a healthy diet, which is a decisive factor for a peaceful life and less supervision associated with the condition.

What is Crohn's disease

Crohn's disease is a chronic or long-term condition that causes inflammation in the digestive tract. It is an autoimmune mediated inflammatory condition, that is, induced by autoimmune in the body. Therefore, the reasons should be sought in the activity of the thyroid gland, adrenal glands, hormonal values, and in general - to analyze the endocrine, digestive, immune, nervous systems.

Symptoms of Crohn's disease vary depending on which part of the intestine affects the condition. These often include pain syndrome, bowel ulcers, diarrhea, fatigue and exhaustion, weight loss and anemia, brain fog and others. With exacerbation of the condition, arthritis, skin disorders, inflammation of the liver and others may be triggered.

After extensive diagnosis and confirmation of the disease follow guidelines for nutrition and medications. Alternative medicine funds may be added to them to support therapy.

One natural remedy that has been studied to relieve digestive disorders is Boswellia serrata [ref. 1]  Boswellia supplements are extracted from trees that produce sweet-looking resin rich in carbohydrates, essential oils and boswellic acid. Acid in resin is the active ingredient. It is believed to act as an anti-inflammatory agent.

A recent study found that 14 out of 20 people with Crohn's disease who received Boswellia supplements achieved remission. However, this study is far from sufficient to offer definitive conclusions about the action of boswellia.

Turmeric is a spice that is a relative of ginger.  [Ref. 2]  Studies covering the past two decades have suggested that curcumin, a compound found in turmeric, has several healing properties that may be beneficial for people with Crohn's disease. We are talking about anti-inflammatory, anticancer, antiamiloid properties and antiarticular properties.

In addition, turmeric has antioxidant properties and is an antimicrobial agent. Therefore, it can help to fight infections in people with Crohn's disease. [ref. 3]

Camellia Sinensis tea is a popular drink worldwide.  [ref. 4] Rich in antioxidants and polyphenols, green tea has become known as a means of supporting digestion and weight loss. However, more in-depth research is needed for its effects on the intestines and colon.

N-acetylglucosamine is a supplement that is most often extracted from mussels. In some tests it is associated with success in the treatment of autoimmune diseases. N-acetylglucosamine can stop the activity of cells that cause inflammation.

In one study it became clear that supplements with N-acetylglucosamine reduce colon inflammation in children with Crohn's disease without negative side effects.  [Ref. 5]

Recent studies have shown that vitamin D may be useful in the treatment of Crohn's disease. In them very often this vitamin is in short supply. By including sources of vitamin D, people with Crohn's disease can control symptoms and improve immune system health. 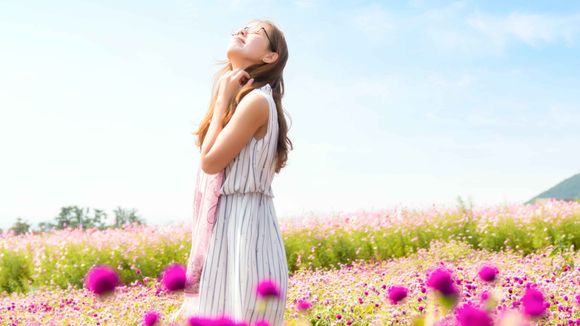 This is the solar vitamin, so sun exposure is one source. Foods such as fish, seafood, eggs and others are dietary sources. Additionally, supplements with cholecalciferol (vitamin D3)- an active form of vitamin D can be taken.

Since Crohn's disease develops with a compromised immune system and activation of autoimmunity, it should be carefully evaluated what herbs and supplements to take. This must necessarily be done by medical discretion and in view of the state of play, possible other diseases and other factors.

Superfoods and herbs from Traditional Chinese medicine for liver detoxification