How Does Coffee Affect Our Brain

A cup of morning coffee leads to physiological changes in our brain. In this article, we will get acquainted with caffeine, the main stimulant in coffee, and how it affects the activity of our brain so that we feel more cheerful, energetic and concentrated. 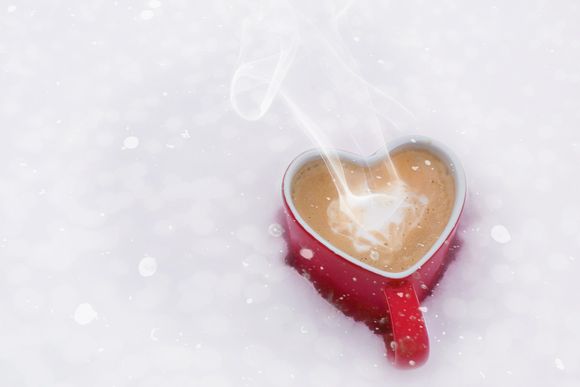 Statistical studies related to coffee consumption show that, on average, one American drinks 3 cups of coffee per day [ref.1]. And the United States ranks only 25th in terms of coffee consumption compared to other countries. In other words, coffee is one of the most popular soft drinks. This is due to both its aroma and the caffeine content and its effects. But what exactly is it from a physiological point of view?

Caffeine is a stimulant of natural origin that is found in over 60 plants, including coffee, cocoa and tea. Due to its awakening effect, the drinks that contain it are part of the daily life of a huge number of people.

After taking caffeine, it is rapidly absorbed into the bloodstream by reaching the peak of its concentration in it after about an hour. It is good to keep in mind that this time is approximate and may vary between different individuals. It should also be known that the absorption process slows down significantly when it is taken with a meal. Interestingly, the process can also accelerate - for example, if caffeine is in gum, then it is dabsorbed much faster. After getting into the bloodstream, it quickly spreads to various tissues and organs, among which is the brain [ref.2]. In general, its effects are expressed in:

Regardless of how we take caffeine, it is absorbed in the bloodstream and so it reaches different parts of the body, where it has an effect for approximately  3 to 5 hours.

How caffeine works on our brain

Whether we drink coffee in the morning or in the early afternoon, when we get sleepy at work, the most likely reason is the rush of energy that this cup provides us. This is thanks to caffeine and its effects on a biological level. But what exactly are they?

First of all, caffeine resembles in its structure a substance called adenosine. It performs many biological roles, one of which is associated with its action as a neurotransmitter. In other words, it is a substance that is used by the body as a transmitter of chemical signals between nerve cells. In particular, adenosine transmits signals relevant to the sleep-wake cycle. It controls the maintenance of sleep and the suppression of waking up, therefore its level rises with waking time, which explains why in the morning we are most energetic and in the evening - naturally sleepy.

And so, resembling adenosine by structure, caffeine has the ability to compete with it for its creceptors and thereby suppress its action. For this reason, we begin to feel significantly more cheerful after the morning dose of coffee.

Another effect of caffeine, which is a consequence of blocking adenosine receptors and to which we owe it to feel better and happier, is the fact that it prevents another neurotransmitter from reabsorbing into the body, namely dopamine. Its function is to activate certain certain parts of the brain, making us feel happy. By taking caffeine, we allow dopamine to circulate for longer in the brain and this causes us to experience positive emotions for as long as its action lasts. It is believed that it is the link with dopamine that contributes to coffee addiction.

By activating some brain functions, caffeine also manages to affect the pituitary gland and the production of hormones from it. This in turn leads to activation of the adrenal glands and sendt them signal to secrete the hormone adrenaline. And as we know, adrenaline makes us feel more concentrated and more energetic - most sought-after effects of coffee or other caffeine-containing drinks.

An interesting fact is that studies show that the more coffee we drink, the more adenosine receptors our brain produces. And that means only one thing - the need to increase the dose of coffee in order to have the expected effect is normal to appear. This, however, does not mean that we need to increase the dose recklessly, because it can also have some negative effects on our body.

Overall, it is believed that up to 400 mg of caffeine per day is safe for most adults. This equates to approximately 2 cups of espresso.

For pregnant women, it is recommended to reduce this dose to 200 mg per day.

👩 🔬👩 🔬Sylvia Marinova has a BSc in Molecular biology (Sofia University, Bulgaria), and a MSc in structural biology (Grenoble, France). She is currently a doctoral student at the Laboratory of Genomic Stability at IMB, BAS. Her research interests are in the field of DNA repair, microscopy and biophysics. She loves photography, painting and sports.