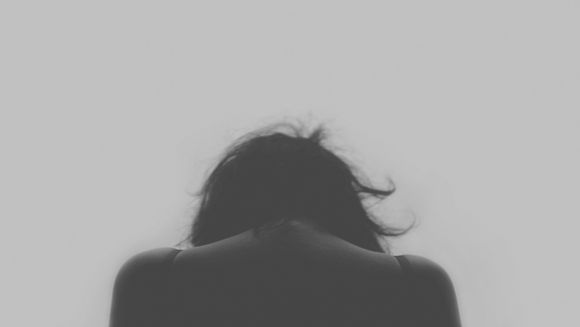 Many women's dream is to start a family, to watch how one, two, three or even more little people grow up before their eyes and become big girls and boys, full of dreams and a desire for adventure. Unfortunately, however, not everyone is favoured with this opportunity. About 2-2.5% of women undergo two or more miscarriages, which is defined as recurrent pregnancy loss (RPL) and may be associated with reproductive problems (1).

In this article, we will discuss the most common causes, as well as other main factors that are believed to contribute to repeated miscarriages. Finally, we will talk about what type of tests can be done to establish the cause and what treatments and methods are applied to overcome this problem.

Most common causes of recurrent abortions

There are many reasons that are considered leading in repeated pregnancy loss. As science and medicine progress, the influence of more and more factors is proven, which sometimes creates differences in conclusions between different state reproductive organizations. As leading factors, genetic, anatomical, endocrinological and immunological problems are noted. 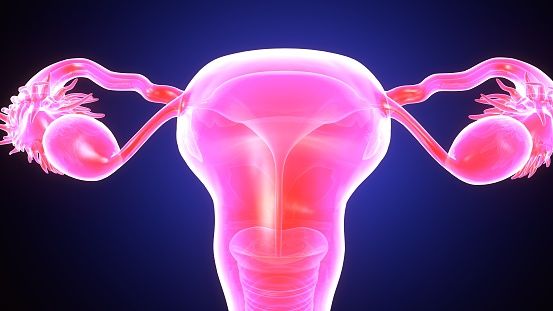 Anatomical defects in the uterus occur in 10%-15% of cases of repeated abortions (6). It is believed that the way they contribute to a miscarriage is by cutting blood circulation to the lining of the uterus (endometrium), which in turn leads to a number of reproductive problems. The most common anatomical defects found in women undergoing RPL are congenital genetic defects, intrauterine adhesions and uterine fibroids or polyps (6).

Intrauterus adhesions, often associated with Asherman's syndrome, are common in RPL. They can be developed after a coarse curettage or other surgical interventions of the uterus, birth by caesarean section, radiotherapy, endometriosis or various infections such as genital tuberculosis. Adhesions of the uterus are caused by the formation of a cicatricial connective tissue resembling scars of the endometrium and leads to a change in its size and shape. Depending on the size of conglutination, this condition may not constitute a problem or even lead to infertility (7).

Uterine fibroids and polyps are also associated with recurrent pregnancy loss. Fibroids, also called myomas or leiomyomas, are harmless growths from the muscle tissue of the uterus, while polyps are growths from the endometrium. Many women have such excrescences but most do not pose a problem. These formations can lead to miscarriage by preventing the egg from being properly implanted into the uterus. According to the American Society for Reproductive Medicine, 5%-10% of sterile women have myomas (8). 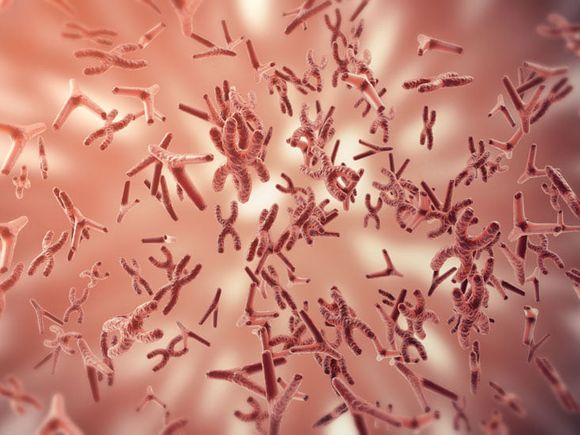 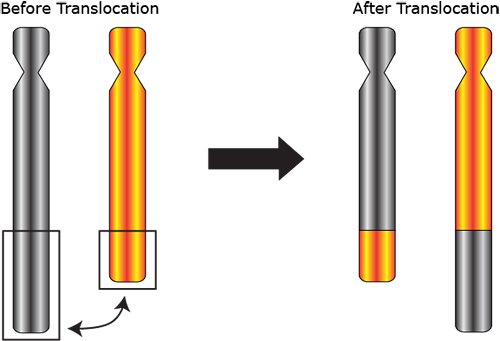 Reciprocal translocation is called the exchange of genetic material between two different chromosomes, and Robertson translocation is the joining of the long arms of one chromosome with the long arms of another chromosome and of the short ones with the short ones, forming two wrong-sized chromosomes (4). Although we have no influence on these genetic events, most parents who carry such genetic defects give life to a perfectly healthy child. If you have already suffered a miscarriage caused by chromosomal abnormalities, the probability of a subsequent abortion for the same reason is very low.

17%-20% of recurrent pregnancy loss is associated with endocrinological problems in women. The main ones are polycystic ovary syndrome, diabetes mellitus, thyroid disease. Scientists are discussing the possibility that a defect in the luteal phase of the menstrual cycle may have an impact on RPL, but this is still up for debate. Polycystic ovary syndrome is found in at least 40% of women who go through repeated pregnancy loss (9).

These women are known to have insulin resistance and hyperinsolemia, hyperandrogemia and increased levels of a plasminogen activator-1 inhibitor – factors that have been proven to interfere with the course of normal pregnancy (6,10). In women suffering from diabetes mellitus, there is no increased risk of miscarriage, as long as insulin and glycosylated haemoglobin levels are kept to normal (11).  Similarly, women with hypothyroidism may have a normal pregnancy and a healthy child if maintaining normal levels of thyroid hormone. If levels are not regulated during pregnancy, the risk of abortion, as well as of congenital genetic problems of the child after birth increase (12).

With the development of science there is deeper understanding of the influence of immunological factors on RPL. During implantation of the egg in the uterus, in the formation of the placenta and in the development of the embryo, a large number of different immune processes are involved, immune teams of guards, the role of which is to accompany and preserve the normal course of all these reproductive processes. 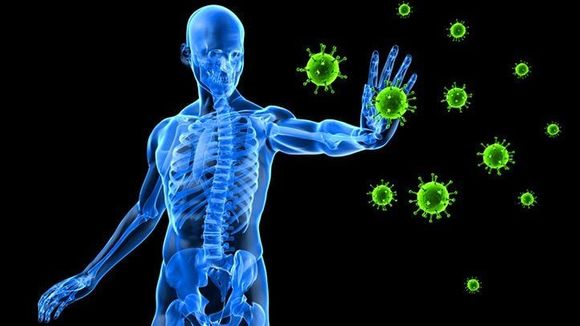 Unfortunately, however, in some cases, the immune cells – guards make mistakes and cause problems in pregnancy. A main such problem is antiphospholipid antibody syndrome, which occurs in 15% of patients who undergo recurrent abortions (13). This is a rare autoimmune disease in which the immune system mistakenly attacks parts of the cell membrane called phospholipids. The cells that make up the lining of blood vessels are damaged, which causes increased formation of clots in the blood. This is a major problem in pregnant women, because communication between the mother and the embryo happens by blood. This disease can lead to blockage of blood vessels in the placenta, which would interfere with the development of the embryo and therefore lead to miscarriage. Another immunological factor for RPL is considered the possibility of the mother organism not recognizing the fetus as its own and disposing of it. Since the embryo carries genetic information from both the mother and the father, the paternal antigens which the fetus presents may be identified as alien by the mother's immune system and the placenta may be discarded (14).

Other factors associated with THE PA 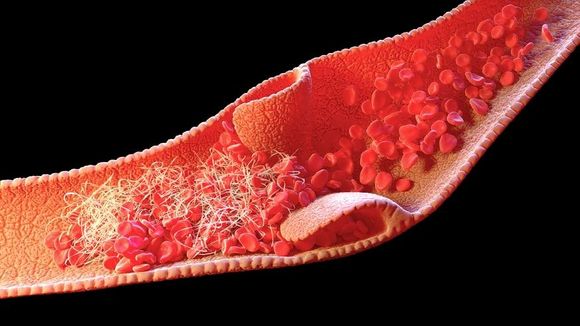 The main thrombophilia most often associated with repeated pregnancy loss are:

(a) Hyperhomocysteinemia, which occurs from a mutation in a specific gene called methylenetetrahydrofolate reductase (MTHFR). Opinions in science are still conflicting about whether this gene has any connection to vascular diseases at all, but many of the women who undergo repeated abortions have this mutation.

b) Resistance to activated protein C – occurs from a mutation in Factor V Leiden. This mutation is a major genetic change in thrombophilia, since with its presence it is considered that the body goes into a state of hypercoagulation.

(d) Mutations in prothrombin and antithrombin.

In a large number of cases of repeated abortions the cause is not in the woman but in the other partner, whose genetic material is also transmitted to the fetus. Most men have a subpopulation of sperm in their ejaculate, the DNA of which is damaged before or during ejaculation. In some subfertile men, the number of such spermatozoa is increased and this may be associated with the advent of repeated miscarriages (18).

Impact of environmental factors on the occurrence of recurrent miscarriages

There are various factors which some people face every day, which may contribute to the risk of recurrent miscarriages. Daily alcohol, cigarettes and coffee intake are most commonly discussed. Drinking alcohol 3 times a week for the first 3 months or 5 times a week during pregnancy has been shown to increase the risk of miscarriages. Smoking cigarettes is associated with constriction of blood vessels due to the presence of nicotine in them, which reduces blood circulation to the placenta and can be the cause of miscarriage (6). Coffee intake can also be a factor in miscarriage, as has been demonstrated in some studies (16,17). Although there are clearly risks of taking these substances, no link has yet been found between their intake and RPL.

What tests can you do to find the cause?

A visit to the gynecologist is inevitable after a miscarriage. While you are in the office, hysteroscopy can be done – a study in which the doctor examines the condition of the uterus from the inside using a small camera. Another study that is done in a specific place for the procedure is a hysterosalpingogram. In this study, fluoroscopy is performed – a contrast agent is injected into the cervix, which diffuses along the uterus and fallopian tubes. The process is observed on an X-ray and it visualizes whether there is a blockage of the fallopian tubes.

Conducting cytogenetic analysis is a commonly prescribed study in patients who have suffered repeated miscarriages. Cytogenetic analysis allows to see all the chromosomes of the patient after only one blood collection. Chromosomes are isolated from the blood cells and then stained by a special method, allowing them to be seen under a microscope and to find out if any chromosomal defects are present.

Examination of hormones such as thyroid stimulating hormone (TSH), checking the ovarian reserve by examining follicle-stimulating hormone (FSH) and estradiol may be useful in RPL. If you experience irregular menstruation, it can be seen whether antithyroid antibodies are present, which are detected in 17%-33% of women who have suffered 3 or more miscarriages (19). Checking if insulin resistance is present may also be helpful after undergoing RPL.

Since antiphospholipid syndrome is indisputably associated with repeated abortions, it is significant to test for the presence of anticardiolipin antibodies and lupus anticoagulant, which will indicate whether the patient has an increased risk of forming blood clots. 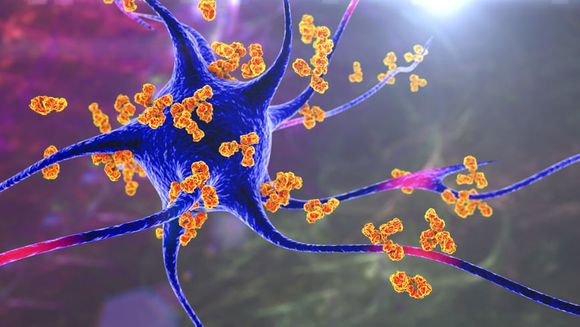 Despite numerous associations of thrombophilia with miscarriages in women, they have not yet been accepted as a major factor in repeated abortions, but rather as an accompanying factor to other factors that make a greater contribution to the occurrence of such events. Nevertheless, it is advisable that women who have a history of thrombosis take a blood test for the presence of thrombophilia.

Last but not least, it is important to establish whether the cause of RPL comes from the male partner by examining the seminal fluid for DNA fragmentation. There are several different methods that can be conducted for this analysis, but all of them evaluate whether there is damage in sperm DNA. 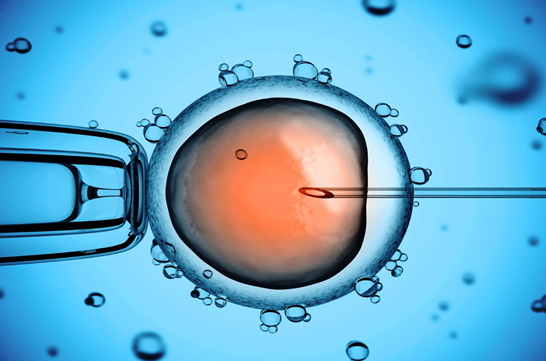 Therapies that may improve the chances of conception in RPL

If an anatomical problem is detected, it can be removed surgically which often gives good results. If there are genetic abnormalities, including fragmentation of DNA in spermatozoa, the best option is to approach various in vitro procedures. Therapy with insulin-sensitive agents such as metformin improves performance in women with polycystic ovary syndrome (20). If there is an increased risk of thrombus formation, therapy with low molecular weight anticoagulants, such as heparin, is recommended. For some women, it is even advisable to continue taking them during pregnancy. Other easy changes that can be done in everyday life that can have big impact on the improvement in the chances of conception is the management of a healthy lifestyle by both partners – healthy eating, more movement, no drinking of alcohol, coffee and no smoking cigarettes, taking vitamins and antioxidants. 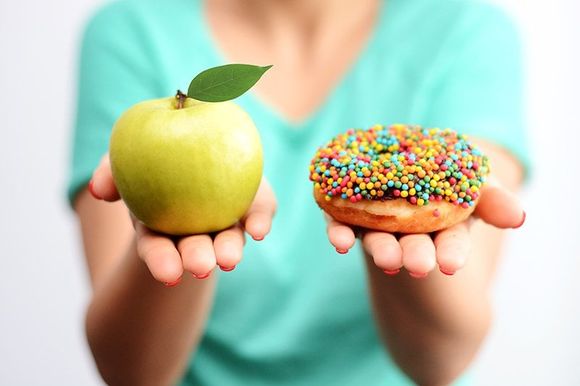 Nowadays, about 25%-30% of women go through hardships to discover the cause of repeated abortions, many of which even remain unclear. It is believed that in about 40%-50% of cases the exact cause cannot be found (6). However, most women who undergo repeated miscarriages (about 70%-75% of them) subsequently manage to give life to a healthy child (3). 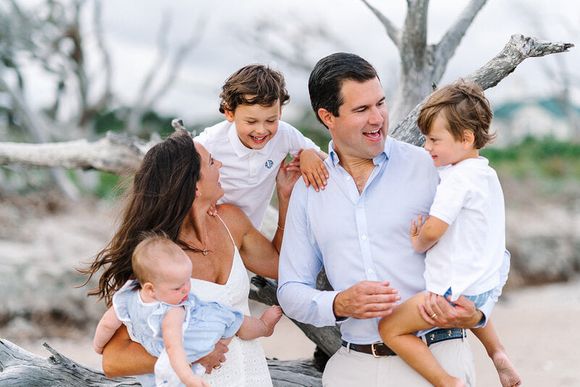