Telomeres and our biological age

Do you know how old you are? If this question is strange to you (after all, everybody knows how many years they have been in this world) then you will be interested to read this article. What do we call biological age, how is it measured, and can we grow back? These are just some of the questions you will receive an answer for here. 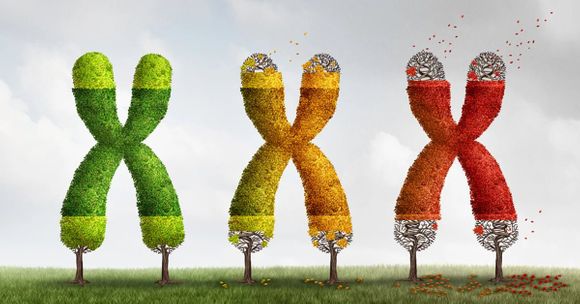 From the moment of birth of each person, his minutes, hours, days, years that he has been present in this world begin to be counted. This count takes into account chronological aging. Over time, everyone's appearance changes, and it's interesting how some people in their 50s look younger than others in their 30s. This difference in appearance is caused by biological aging. Although some people are of young chronological age, they may seem aged from the aging of the organism itself. As you know, the body is a dynamic system of cells and molecules, and as with various diseases, it can "cure" biological aging. This does not mean that biological aging can be stopped, but by changing our habits, we can help our body slow down or even go back a few biological years.

Telomeres – the units of our biological time 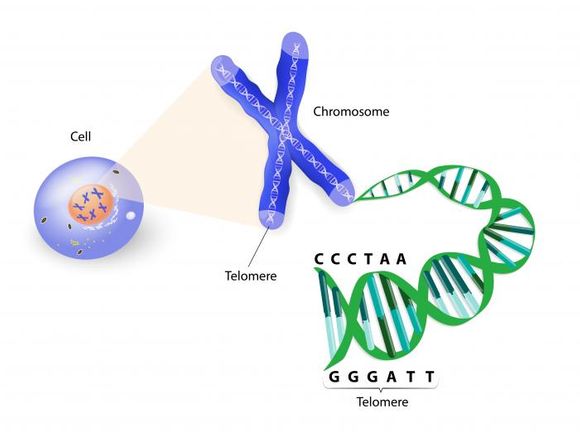 Let's talk first about the causative agent of biological ageing – telomeres. Although there are many factors that play a role in the aging process, scientists believe telomeres are key to this process.

Telomeres are a repetitive sequence of five nucleotides (the building blocks of DNA and RNA) – TTAGGG. They are found on the most extreme parts of chromosomes (our DNA, very densely packaged in threadlike structures). If we take a DNA chain from one cell and stretch it, it will be 182.88 cm long. If we take DNA from all our cells and stretch it, it will reach 107.826 trillion kilometers in length – "the same as about 150,000 two-way trips to the moon" (ref.1).  Humans have 23 pairs of chromosomes in almost every cell of the body and 32.7 trillion cells in the human body overall (ref.2). It's amazing how such a large structure as DNA is packed in such a tiny space - chromosomes that are 0.001 to 0.02 mm long on average.

In adolescence, the body develops fastest, which means that the cells in our body are constantly multiplying. Therefore, the chromosomes in these cells replicate - the newly formed cell copies the chromosomes of the cell from which it originated. With each replication of chromosomes, parts of DNA are lost, and in order to not lose genes that are vital to us, we have evolved to have telomeres. Telomeres protect our genetic information and bear the consequences of reproduction, losing nucleotides at each cell division. Upon reaching maturity, some cells stop constantly dividing, but others are doomed to shorten telomeres throughout life.

Why does length matter?

Telomere shortening is a natural biological process that creates a multiplication limit for each cell. This is good on the one hand, because if each cell could multiply constantly, cancer disease would be even more common. But on the other hand, this natural limit of cell reproduction leads to the natural end of our lives. When telomeres shorten to the maximum, then the cell sends signals that cease its reproduction and it oldens. When that happens, the cell stops functioning and it just sits there.

Unfortunately, occupying space isn't the only thing it does. Since in such a case, the DNA of the specific cell is no longer protected, it begins to signal for help. However, immune squads of cells and molecules that rush to help are not allowed into the inside of the cell. Then a proinflammatory environment is formed around the ageing cell, and over time adjacent cells and tissues are also damaged, giving the onset of chronic inflammation. Chronic inflammation is a big topic in itself, but it is important to note that it is the cause of a number of diseases nowadays, such as heart and brain diseases, rheumatoid arthritis, asthma, cancer, etc. 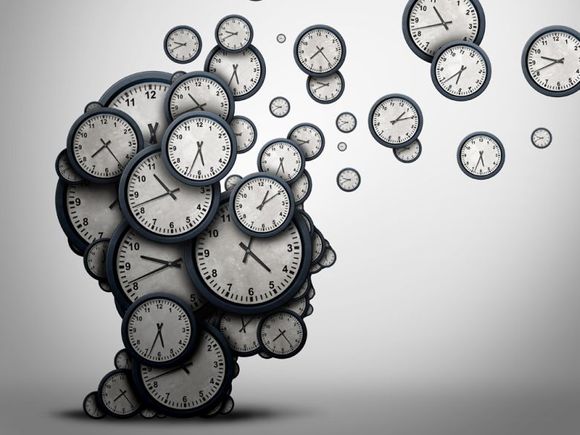 Over time, the cells get old, and that's normal. The question is, how fast are they ageing? The faster they age, the faster we get older. Therefore, if you have long telomeres, it means that your cells age more slowly and you are biologically young.

Humans are born with a certain length of telomeres. Some inherit their parents' short telomeres, and at birth they are doomed to a shorter life. In others, it is reversed – they are born with long telomeres and are expected to have a longer life. But the picture here, like everything else in life, is not black and white. Yes, it matters what telomeres you start your life with, but that doesn't mean you can't turn things around. This is where telomerase comes into play.

What is telomerase and how can it prolong our lives? 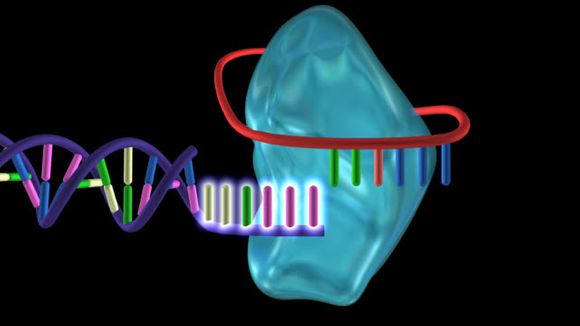 Most cells in the body have a multiplication limit after which they get old. However, there are cells that multiply for life, such as the immune cells lymphocytes, germ cells and stem cells, from which all other cells in the body originate.

In order for them to function properly for the rest of their lives, they must have long telomeres. To help with that, telomerase runs to the rescue. That is an enzyme that elongates telomeres when they become short and thus prolongs the life and replicative potential of cells (ref.3). Of course, every good thing brings with it bad consequences. In this case, telomerase is an ideal tool that cancer cells use to multiply. This is why, in order to age more slowly using the telomerase, there needs to be found a way to balance the positive and negative effects that this enzyme creates.

What can we change in our daily lives to rejuvenate? 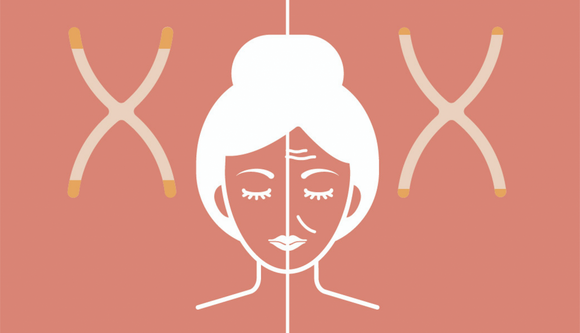 The length of telomeres is not only affected by telomerase. The environment, as for everything else, is just as important to the health of our telomeres. Daily stress, unhealthy eating, alcohol and cigarette intake, poor sleep – these are all things that accelerate the shortening of telomeres. In a pilot study in 2013, prostate cancer patients showed a significant elongation of telomeres in those patients who changed their lifestyle – they began to eat whole foods, low in fat, with fruits and vegetables; started moving more during the day, reduced stress in their lives and found support and understanding in social groups (ref. 4).

These positive effects on telomeres have been proven in many other studies and statistics. For example, mothers who have chronically ill children have shorter telomeres than mothers whose children are healthy. Children who grew up in a violent environment also have shorter telomeres, compared to children who grew up in a harmonious and cohesive family (ref. 5). People who exercise regularly have longer telomeres than people who don't exercise (ref.6). A meta-analysis of 36 groups and 36,000 participants in 2013 showed that women had longer telomeres than men (ref. 7), although there are studies that found no significant link between sex and telomere length.

Interesting is the relationship between the length of telomeres in different ethnicities. A study done in 2014 showed that black participants had longer leukocyte telomeres during childbirth, as opposed to white study participants. After some time, however, in adulthood, the opposite is noted – blacks have shorter telomeres of leukocytes than whites. This indicates a higher rate of telomere shortening in blacks (ref.8). 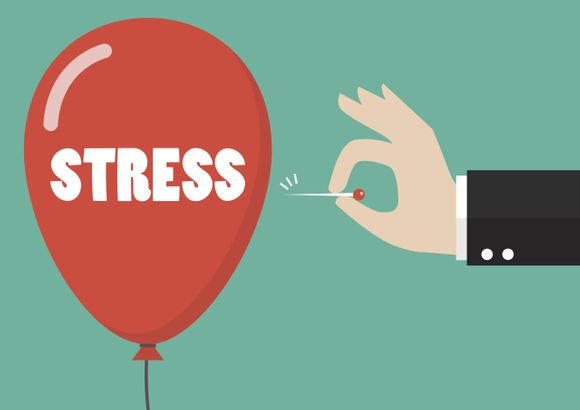 In any case, the stress on our organism, whether caused by a fast and stressful daily life, lack of sleep, poor nutrition or other causes, is a major cause of early biological aging. Removing the stress of everyday life can be the golden ticket to slower ageing.

Our biological age is not determined by how long we have lived in this world, but by how we live. How we account for how many biological years we are is done by taking into account how long our telomeres are. The longer they are, the younger our organism is. While it is inevitable (at least for now) that telomeres shorten over time and therefore they age, there are ways in which we can significantly delay this process. The enzyme telomerase, which some cells use to prolong their telomeres, is a good target for studies. Nevertheless, the risks of activating the telomerase in aged cells are high, and much research is needed to establish a safe way of utilizing the telomerase. Fortunately, there are other, much easier and more accessible methods for prolonging telomeres and rejuvenating the body, which can be summarized under one expression - a healthy lifestyle. 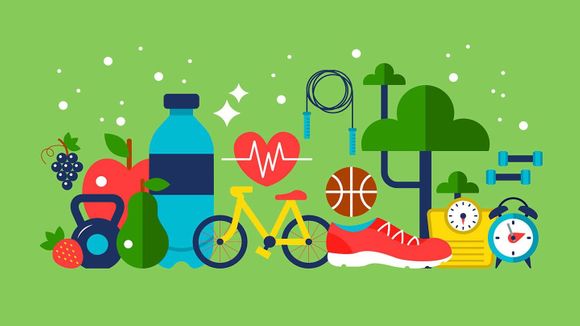 Ivelina Yankova has acquired her bachelor's degree in Biomedical Sciences at Bristol University, where she has studied a variety of methods for conducting scientific studies. She is currently engaged in conducting various genetic diagnostic tests. Her love of science and writing exists from an early age, and she pursues these passions relentlessly.