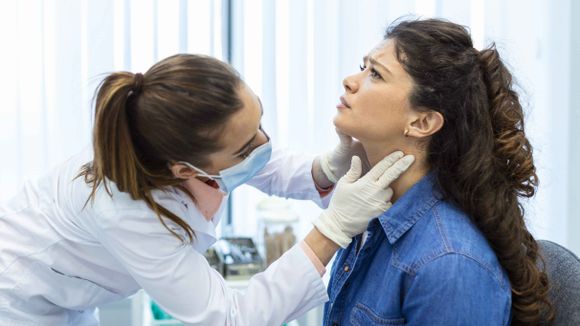 Hashimoto's disease (or Hashimoto's Thyroiditis) can lead to hypothyroidism, when the thyroid gland is affected and gradually stops producing enough hormones. This disrupts the important hormonal balance that is necessary for the body.

What is Hashimoto's thyroiditis

Hashimoto's disease is an autoimmune disease affecting the thyroid gland. The thyroid gland is a small butterfly-shaped gland located at the base of the neck. The thyroid gland produces hormones that help regulate many functions in the body associated with maintaining temperature, reproductive functions, sleep, recovery and much more.

Autoimmune disorder is a disease caused by the immune system that attacks its own healthy tissues. In Hashimoto's disease, cells of the immune system lead to the death of cells producing thyroid hormones. The disease usually leads to a decrease in the production of hormones - a state of hypothyroidism.

Hashimoto (named after the Japanese surgeon who discovered it in 1912) is the most common thyroid disease in the United States, affecting about 1% to 2% of the population, and is the most common cause of hypothyroidism (inactive thyroid). [ref. 1] Current  statistics of the patient organization VIOM – Association of People Who Suffer From Thyroid Diseases shows, that in Bulgaria over 600 000 Bulgarians suffer from impaired thyroid function and there are over 1 million people who suffer from Hashimoto thyroiditis.  [ref. 2] These numbers are not small against the background of the population and raise the question of what efforts are being made to improve the quality of life of these people and their timely diagnosis and treatment.

When the thyroid gland is attacked by the immune system, as happens with Hashimoto's thyroids, it can no longer produce enough hormones needed by the body to function properly. Then we are talking about decreased thyroid function. Since thyroid hormones regulate metabolism, allowing the body to convert food into energy, the lack of these hormones leads to problems with energy provision. This accordingly results in a delay in other life functions of the body.

Many people with Hashimoto's thyroiditis live for years without any symptoms. If there are symptoms, they may be associated with one (or both) of the two main complications of Hashimoto: goiter and hypothyroidism.

Symptoms of goiter include swelling of the thyroid gland, which can lead to a feeling of bulge in the throat. The front of the neck may look enlarged. Since the goiter can grow, it puts increased pressure on the lower part of the neck and can cause difficulty swallowing and even breathing.

Other symptoms of Hashimoto's disease, which may develop over time, include: 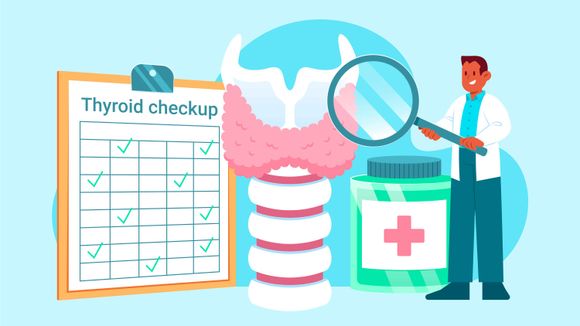 Like all autoimmune diseases, Hashimoto's thyroiditis is caused by a malfunction in your immune system that causes immune cells to attack healthy tissue instead of protecting it. In the case of Hashimoto, the attack by invading immune cells reduces the ability of the thyroid gland to produce enough thyroid hormone, which leads to hypothyroidism.

Scientists still do not know exactly why the immune system sometimes turns against healthy tissues of the body not only in Hashimoto, but also in other autoimmune diseases. But they know that there are several risk factors that are known to make a person more susceptible to Hashimoto. These include:

It is quite possible that even at normal levels of thyroid hormones, a person suffers from hashimoto's goiter or Thyroiditis. Therefore, with the available symptoms, it is important to proceed to diagnosis with the necessary studies of hormones, antibodies and others.

Also, not everyone with Hashimoto's disease develops hypothyroidism. Since antibody levels corresponding to Hashimoto carry a higher risk of developing hypothyroidism, health professionals usually choose to monitor the condition and monitor for any changes in thyroid health. Fortunately, the condition can be treated and the symptoms kept under control, and hormones normalize.