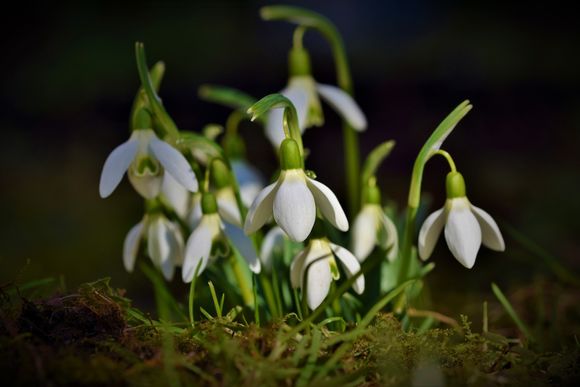 Snowdrop May Hide The Key to Alzheimer's Disease Treatment

What secrets the snowdrop hides and how galantamine from it can improve the condition of Alzheimer's sufferers, you will learn in the following article.

The Snowdrop is a symbol of the nascent new beginning, the first spring flower that overcomes even the snow and the frozen earth to bloom and bring us new hope and joy.

The beautiful and gentle flower is not as unencless as it seems. The Snowdrop contains poisonous alkaloids in its bulb - galantamine and lycorine. The same substances are found in the Daffodil bulb. If eaten by mistake, they lead to diarrhea and vomiting.

Of interest to medicine is galantamine, which can be extracted from both Snowdrop and Daffodil, but can also synthesized in laboratory conditions, which facilitates its sourcing and application, since otherwise there would be no Snowdrops left.

Mechanism of Action of Galanamine

In the progression of Alzheimer's disease, a drop in levels of the substance acetylcholine is observed. Acetylcholine is a neurotransmitter or, in other words, a molecule that is synthesized from nerve endings and attaches to receptors on muscle cells, for example, and thus transmits its message and triggers action.

In the brain, acetylcholine is extremely important for memory and learning, and in the body - for muscle contractions.

After it transmits its signal, acetylcholine is broken down by a special enzyme - acetylcholinesterase which prevents its excessive accumulation. Here comes the role of galantamine, which inhibits this enzyme by binding to it and blocking it and thus helps maintain higher levels of acetylcholine. 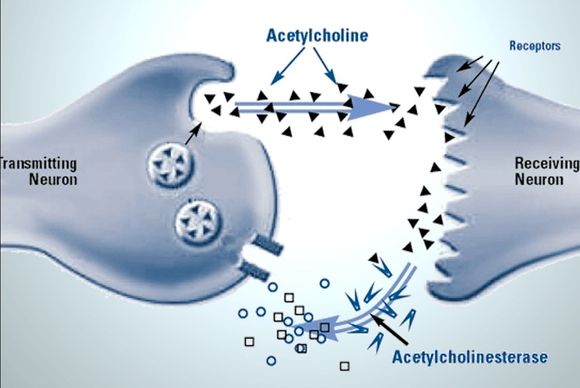 The mechanism of action described above would not be beneficial for a healthy organism, but since the balance is already disturbed in sufferers of Alzheimer's disease, then galantamine could help them delay the development of the insidious disease.

In 2002, an overview of the reseaech conducted so far for galantamine effect on patients with mild to moderate form of the disease, was published. The results are encouraging, with scientists indicating a dose of 16 mg/day as the most effective. The side effects are similar to those of other cholinesterase inhibitors. [ref.1]

According to a more recent 2011 study, galantamine can improve and stabilize cognitive performance, daily activities and behavioral symptoms and its efficacy and tolerability are comparable to those of other cholinestherase inhibitors (rivastigmine and donepezil). According to the researchers, until other drug therapies with comparable or better clinical efficacy appear, galantamine will remain one of the standard first-line drugs for mild to moderate Alzheimer's disease. [ref.2] 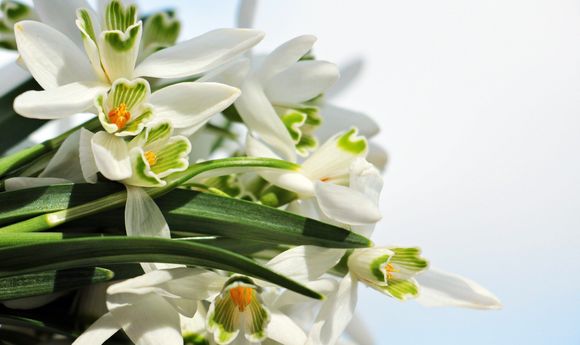 Moreover, a study was published in 2021, according to which low doses of galantamine relieve oxidative stress, along with beneficial anti-inflammatory and metabolic effects, and modulate nervous autonomic regulation in patients with metabolic syndrome (insulin resistance). [ref.4]

Other effects of gallanamine from Snowdrop and Daffodil on various health aspects are also being studied.

Relationship Between Chemical Warfare and Galanamine

Chemical warfare of the type of organophosphates - sarin, tabun and soman, also suppress the action of the enzyme acetylcholinesterase, as well as galantamine.

But the main difference between them is that organophosphates bind much more firmly to the enzyme, unlike galanamine, and never detach. This leads to vomiting, convulsions, difficulty breathing and eventually death.

Galantamine can serve as an antidote for organophosphate poisoning, since it will take the place of organophosphate on the enzyme, blocking it only temporarily and then releasing it and allowing it to break down a certain amount of acetylcholine. [ref.3]

Behind the beauty of Snowdrop and Daffodil may lie the secret of a better life for Alzheimer's sufferers, and besides spring joy, they give a ray of hope, even when everything seems hopeless.