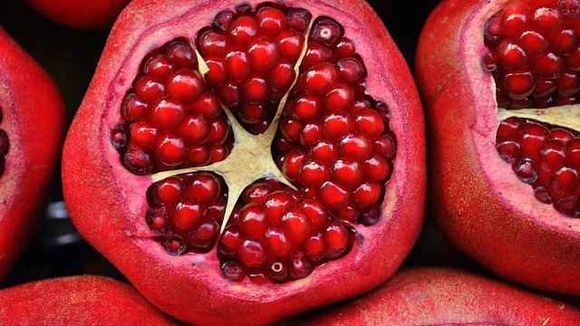 Beautiful in appearance and thrilling to taste, pomegranates are exotic fruits low in calories and fats, but high in fiber, vitamins, and minerals. The benefits of their consumption include more antioxidants, heart health, improved urine balance, endurance in physical activity, and many more.

The health benefits of nara

The exotic pomegranate (Punica granatum) is a deciduous shrub of the Lythraceae family, the Panicoideae subfamily, which grows between 5 and 10 meters in height. Juicy fruits are consumed fresh, and juice is a source of grenadine syrup used in flavorings and liqueurs. Pomegranate is high in dietary fiber, folic acid, vitamin C, and vitamin K.

Small pink seeds in the pomegranate, called arils, are also an edible part of the fruit. Although removing them from the inside of the fruit can be labor-intensive, their nutritional profile and taste are worth the effort.

Antioxidants are substances that help protect cells from environmental toxins, such as pollution and cigarette smoke. Antioxidants are known to help prevent and repair DNA damage, which can lead to the development of cancer.

Pomegranate juice alone will not protect you from cancer, but observing a healthy diet, such as the Mediterranean diet, is an important part of the prevention of such diseases.

Some studies have found that components in pomegranate juice help inhibit the movement of cancer cells by weakening their attraction to a chemical signal that promotes the spread of cancer.  [ref. 1]

Pomegranates have been used for thousands of years as Ayurvedic medicinal food due to its antioxidant properties. Oxidative stress is associated with many chronic diseases, including diabetes and heart disease.

Some studies have found that pomegranate can improve oxidative stress factors and therefore positively affect these conditions due to its rich antioxidant content.  [Ref. 4]

In a comprehensive 2022 scientific review of 10 of the most common fruits and their impact on cardiovascular disease, the researchers note that pomegranates and pomegranate juice can have significant benefits in improving a range of heart problems, such as high blood pressure, coronary artery disease and atherosclerosis.  [Ref. 5]

In vitro studies and studies in humans have found that pomegranate extract can help reduce the formation of kidney stones. This benefit is again largely due to the antioxidant activity of the fetus.

In one study of adults (18-70 years) with recurrent kidney stones were given 1000 mg pomegranate extract for 90 days. It has been found that this helps to inhibit the mechanism by which the stones in the body are formed.  [Ref. 6]

Pomegranate is beneficial to the brain

Pomegranates contain compounds called elagithanins, which act as antioxidants and reduce inflammation in the body. As such, they also offer protective benefits for your brain against conditions that are affected by inflammation and oxidative stress.

Some studies have found that elagithans can help protect the brain from developing Alzheimer's and Parkinson's disease by reducing oxidative damage and increasing brain cell survival.  [Ref. 7]

Pomegranate juice or seeds - how to peel pomegranate? 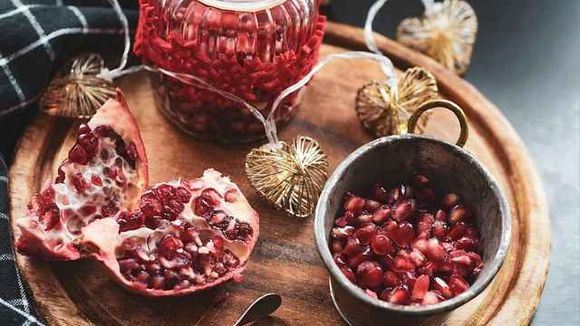 Pomegranate seeds and juice directly from the fruit are always better options than bottled juice, but both have their advantages. If you want to consume less sugar instead of drinking bottled pomegranate juice, open the pomegranate and eat the fruit from the inside. There are subtleties in the proper cutting of the fruits that we will share with you. Here's an easy way to peel pomegranate:

If it has not become quite clear, we offer you a clip with instructions: The Best way to cut and open a Pomegranate

It seems that pomegranates are healthy fruits and have a place in the cardioprotective diet, as well as in any other healthy diet. You can add them to your salads, to oatmeal, quinoa, or yogurt. Pomegranates can also be prepared with chicken and turkey meat. It all depends on your preferences and imagination in the kitchen. Besides, you already know how to peel pomegranates easily and quickly!

Coconut oil - Composition and Proven Benefits of this Superfood

Figs - The Fruits of Long Life and Health