In this article: epigenetic tags, importance for cancers, donor eggs, how nutrition affects our epigenetics, books on epigenetics. 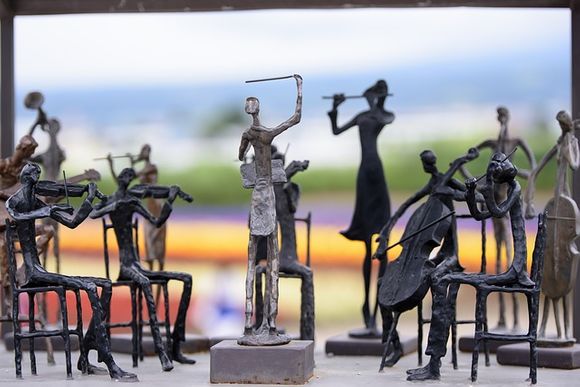 We are used to thinking that genetics is what determines our health, our appearance, and sometimes even our personal characteristics and psyche. But in our cells there is a lesser-known, behind-the-scenes character who dictates the rules of the game. This is epigenetics.

The meaning of the word "epi-genetics" comes from the Greek ἐπι-, which means "above", ie. a phenomenon that is beyond genetics. In contrast to the relative invariability of genes, epigenetic processes are extremely dynamic. They affect our genes, but without altering the sequence of bases in DNA.

We can look at epigenetics as the conductor of an orchestra of genes. It determines who to play and who to keep quiet at a time in order to obtain a precisely composed melody.

Epigenetic factors determine which genes to manifest and which do not. These factors are influenced by the diverse conditions of the environment, lifestyle, stress, but are also passed on tothe next generation , thatis, their effects can be inherited.

This suggests that parents' lifestyles and even their behaviour can affect the life expectancy and health of the next generation through mechanisms other than genetic.

Epigenetic tags - how genes are orchestrated

Epigenetic labels (or tags) are the ones that regulate the activity of genes (gene expression).

These chemical markers are most often simply methyl or acetylsgroups - whichare added directly to DNA or to histones - the large proteins around which DNAis tightly wrapped. The addition of methyl groups to DNA (methylation) blocks the overwriting of certain sections of the genome, i.e. "switches off"the genes that are there and they cannot manifest their function. 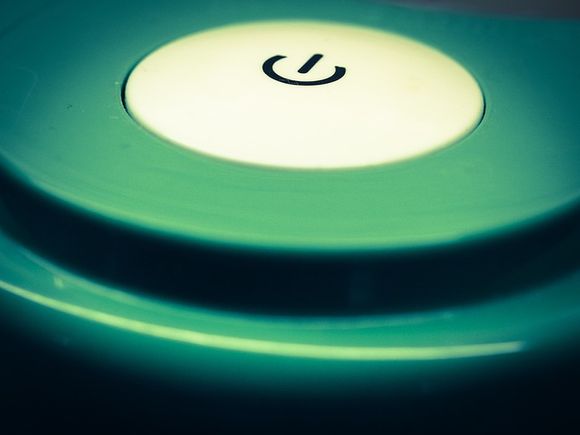 On the other hand, modifications to histones can loosen or tighten the DNA "reel", which makes some genes available , andothers - muted or excluded.

Epigenetic changes can be inherited or accumulated throughout life. But they are reversible. This matters for the use of epigenetics in the fight against cancer ,for example.

In recent years, the importance of mutations in these enzymes for the development of oncological diseases has begun to be realized, rather than mutations in genes leading to uncontrollable fissile and immortal cancer cells.

When under the influence of epigenetic factors, a change in the activity of inappropriate genes occurs, this can lead to the development of cancer easily.

That's whyenzymes- responsible for these epigenetic changes- are a suitable target for the discovery of leukemia drugs,for example. 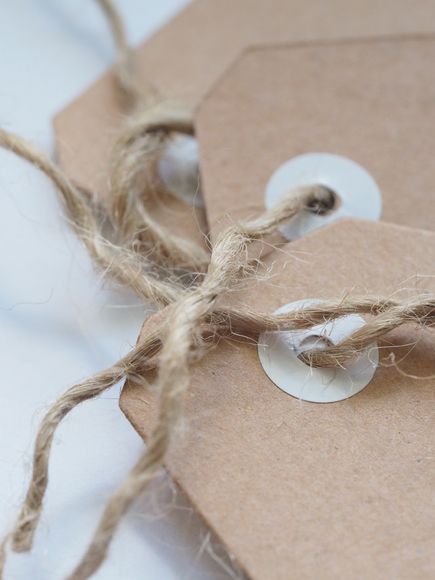 Curiously, scientists dealing with leukemia have noticed for decades thatepigenetics seems to play a role in the development of the disease, since the 1960s strange models of methylation have been observed in people with leukemia .

In recent years, these questions have begun to find their answers, with mutationsfound in genes for various epigenetic enzymes that have a connection to the development of leukemia and other cancers. [ref. 1]

Epigenetics and donor eggs - who the baby will look like

According to the data of the patient organizations, in Bulgaria about 40 000 women need a donor egg in order to realize their dream of beingmothers. It is understandable that the child will not carry their genes and will not resemble them. But that's not exactly the case.

But the most important thing is the time we spent in our mother's womb.

Thus, even if there is no genetic similarity between the mother and child developing from a donor egg, the nine months spent in her wombwill determine how these genes work through the action of epigenetics.

Moreover, this influence will be inherited in the next 4 or 5 generations. 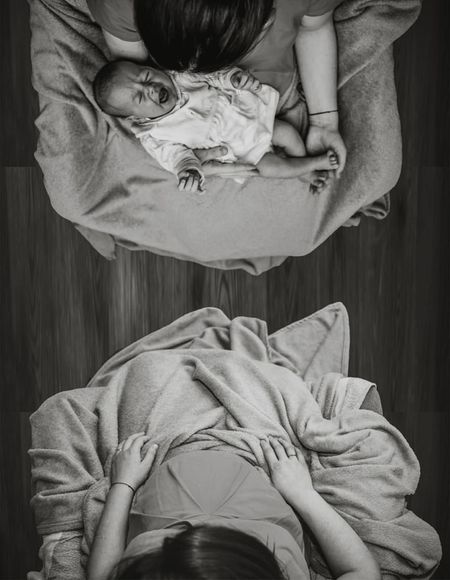 Pregnancy is not just mechanical wear of the baby and its hereditary genetic material - it is an active, dynamic process of interaction between the mother's organism and the child, in which the future of that child, its health and characteristics is bet. [ref. 2]

But it is not just the mother's life and behaviour that matter to a child's epigenetics. Several studies have shown that fathers are no less responsible when it comes to prenatal development. Their physical activity may have lasting effects on the epigenetic regulation of genes in an area of the brain that is important for learning and memory: the hippocampus. [ref. 5]

How nutrition affects our epigenetics

Our diet and diet have been found to significantly alter epigenetic markers. Nutriepigenomics explores how food and epigenetics worktogether - to affect our health.

For example, according to one study, the ketogenic diet [ref. 6] high in fat and low in carbohydrates can activate certain genes and improve mental abilities through inhibitors of the enzyme histone deacetylase (HDAC, an enzyme that removes acetyl groups from histones, resulting in a tight winding of DNA around them and the exclusion of genes in these coiled areas). [ref. 3] 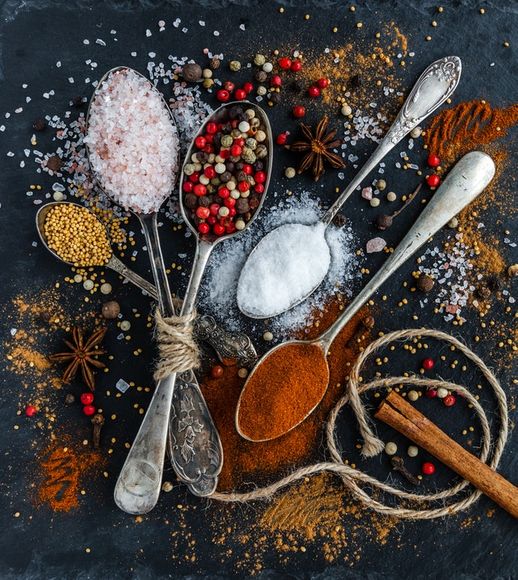 Other studies have found that some compounds in thefoods we consume can protect us from cancer by correcting methyl markers on oncogenes or genes to suppress the tumor. [ref. 4]

Ultimately, an epigenetic diet can guide people to the optimal diet, as research reveals the underlying mechanisms and impactdifferent foods have onepigenome and health.

Many studies have shown that there are natural productsthat lead to epigenetic changes in cancer cells and can act as preventative means ofcancer. [ref. 4]

In the table you can see for which substances there is scientific evidence that they affect epigenetics and which foods are their sources. 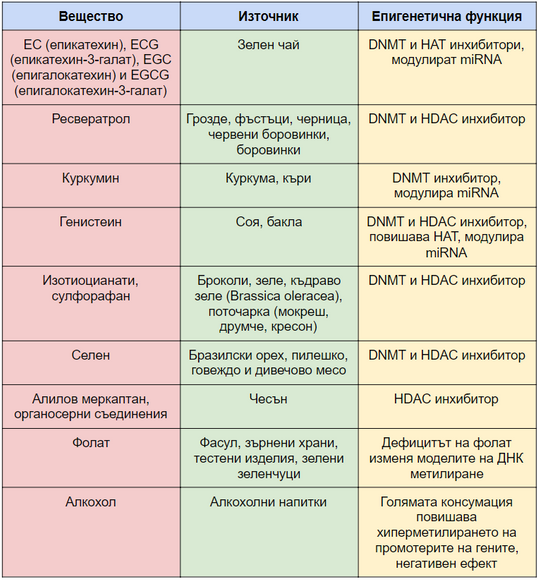 If we include these food products on our menu (and pay attention to alcohol), we could lower the risk of cancer in an epigenetic way.

If you find the theme really exciting or want to learnmore , a few very good english-language books are available on the market. Their authors are among the scientists who are able to explain complex mechanisms and concepts with understandable words. We haveselected 4 of the highest-rated epigenetics books. They are also available to buy throughAmazon.

10 curious facts about aging and how to slow it down