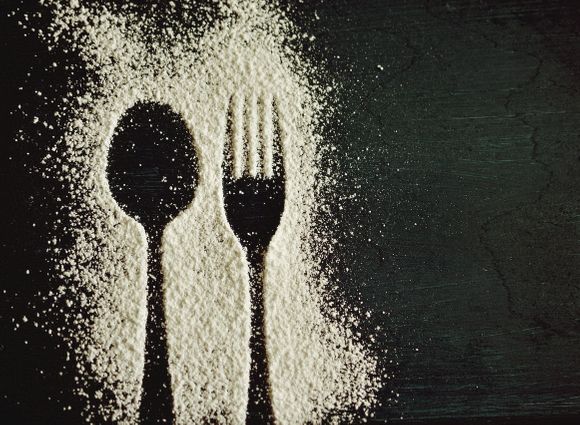 The most popular diet is the ketogenic diet or keto diet. Opinions are contradictory - some support it, others think it harms, and more and more books on the subject appear on the market.

There’s a diet whose popularity skyrocketed only recently, thanks to celebrities like Kim Kardashian, Gwyneth Paltrow, Halle Berry, and Adriana Lima. Yes, we’re talking about the ketogenic diet — or keto diet if it sounds better to you.

Opinions on this type of nutrition are controversial. There are fierce supporters and skeptics who focus on the potential harms of ketogenic diet. All the buzz is being supported by numerous new books about keto emerging.

In this article we’ll try to pinpoint the pros and cons — should you go keto or not.

What is ketogenic diet and who is Atkins

Ketosis — that is what the keto diet aims for. In other words — when in a state of ketosis, our body uses only fat for energy and not carbohydrates. In order to achieve this, we need to say goodbye to carbs and add enough proteins and a lot of fat to our menu. Carbs should be reduced to a maximum of 30 to 50 grams per day, which is extremely low.

You can also use a keto calculator [ref.1] to find out what types of food and in what quantities are optimal for you — considering body fat and other specifics.

Originally, ketogenic diet required about 80–90% of what you eat to be fat. Recently the diet has been modified and fat is supposed to be one-third of our menu. Protein intake should be moderate. 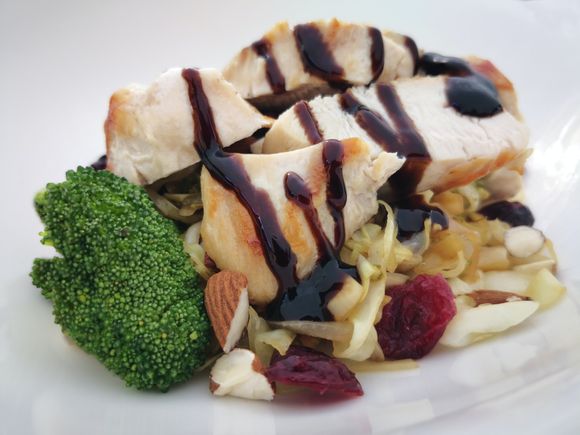 The Keto diet is very similar to other types of nutrition regimes that are low in carbs. One of them is the Atkins diet, that was originally promoted by the physician Dr. Robert Atkins in 1972. But back then the idea was not very well accepted as other physicians and scientists were certain it would rise bad cholesterol levels.

The Atkins diet allows you to eat as much as you want, without counting calories. That’s because excluding carbohydrates from your menu instantly lowers your calorie intake. Another reason is that high protein intake leads to decreased appetite.

How is your Big Boss affected? Yes, it’s all about the brain

Since we know that our brain feeds on glucose — a carbohydrate for sure, how are we supposed to ensure its energy supply if we put no carbs in our system?

The answer is: ketones. And this is where the name of ketogenic diet comes from. The liver plays a key role in the process of metabolizing fat into fatty acids and ketone bodies or ketones. The latter is what your brain uses for energy source.

Even if you were not that good at chemistry, what you need to know is that there are three types [ref. 2] of ketone bodies: β-hydroxybutyrate, acetoacetate, and acetone. All three of these are able to cross the blood-brain barrier, and the fatty acids stay out. When they reach the brain, it starts using them for its energy needs.

There’s a huge amount of research that proves the beneficial impact of the ketogenic diet on epilepsy in children [ref. 3]. This type of nutrition has been used as a therapy for these patients since 1921. It’s been observed that the keto diet may decrease the number of seizures by up to 50%.

Research on the topic continues until now and scientists do their best to understand the underlying mechanisms of this phenomenon.

What are the chances of losing weight if you go keto

Most people find the ketogenic diet to be an effective way of losing weight. And that doesn’t come as a surprise — high-fat diet requires less food to make you feel full and stop eating.

Here are other reasons why keto diet leads to weight loss:

What is the effect of keto diet on diabetes

It’s widely known that diabetes, metabolic syndrome [ref. 5], insulin resistance, and being overweight are interconnected. Losing weight usually improves the health of those who suffer from one of these conditions.

This type of nutrition is especially good for people who need lower levels of insulin [ref. 6] and carbohydrates.

One research [ref. 7] shows that ketogenic diet improves insulin sensitivity with the staggering 75%.

Is keto diet a good idea if you have cancer

Cancer has one of the highest mortality and morbidity rates among all known diseases. Lung and breast cancers are the most prevalent forms of carcinoma.

Scientists are putting tremendous effort to find a cure for oncological diseases. But the worst characteristic of cancer is that each type is different and requires a different type of therapy. That’s why there is no one single way to cure all the types.

There is a lot of research on the potential of keto diet to support [ref. 8] chemo and radiation therapy.

One of the possible mechanisms [ref. 9] of action of keto diet on cancer is by starving it. Certain types of cancer depend on glucose for their growth and therefore ketogenic diet may help by reducing carbohydrate intake.

There’s also a patent [ref. 10] from 2017 that describes a method of treating cancer using ketogenic diet, while concurrently subjecting the patient to a hyperbaric, oxygen-enriched environment.

There are also dozens of clinical trials [ref. 11] that aim to find out if ketogenic diet could support the treatment of different types of cancer, including breast cancer and brain tumors in children.

Is the ketogenic diet helpful for other diseases

The list of diseases that the keto diet has good impact on is growing. Let’s take a look at several of them.

It looks like the ketogenic diet is a predominantly healthy type of nutrition. But there are also downsides to it. The risks fall into two groups: side effects that resolve with time or are easily manageable, and more serious health issues.

If you go into keto head first there is a huge risk of getting the so called keto flu. This is a condition of low energy, hunger, slight mental impairment, sleep disorders and constipation, as well as bad workout performance.

This happens in the very beginning — the first couple of weeks, and marks the process through which the brain and body try to adapt to the new rules.

During this period of time it is important to eat as much as you need, without counting calories.

Another unpleasant condition that may occur is disruption of the mineral balance in our body — magnesium, potassium, and sodium may go down. This can easily be fixed by taking mineral supplements.

Because the keto diet is used as a treatment for children with epilepsy, there is a lot of research on the long-term side effects [ref. 16] of the diet. These include growth retardation, kidney stones, bone fractures due, and high cholesterol levels.

The short-term side effects include low-grade acidosis, constipation, dehydration, vomiting or nausea, and hypoglycemia or low blood sugar levels.

There are no observations of the long-term effects of the keto diet on grownups because not many people manage to eat this way for a long time.

Epilepsy, diabetes, and obesity patients benefit from the keto diet, but it’s not suitable for certain groups of people, such as athletes or those who wish to gain muscle mass.

This type of nutrition is no panacea and it can’t resolve all your health problems, despite it’s good effect on some of them.

For some this diet may not only turn out ineffective but it could worsen their health condition.

There’s a rare condition that may occur while on keto — protein-losing enteropathy [ref. 17]. As you would guess, the disease causes severe protein loss through the gastrointestinal tract.

In women the keto diet may lead to amenorrhea, where ones menstruation suddenly stops.

A diet low in carbs may lead to constipation. Keto may also lead to high cholesterol and triglyceride levels.

It may be a little bit confusing what to eat and what not to eat in the beginning of your keto diet.

Here’s what should be on your menu:

Here’s what we need to avoid: