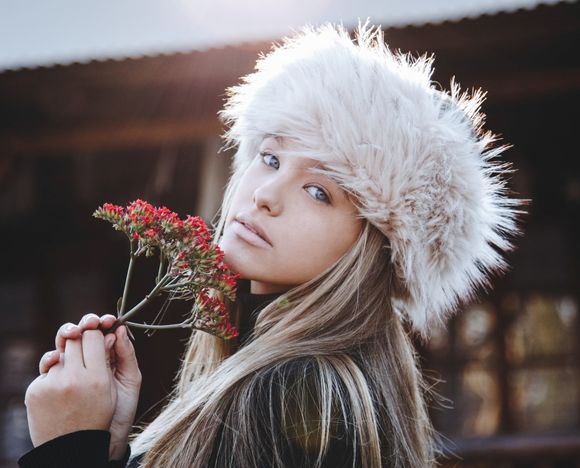 Posted by Rositsa Tashkova-Kacharova 11 months ago

In the first part of the article, you learned what are the recipes that Russian folk medicine uses to treat vitiligo, infections and warts. Here you will find recipes for dealing with acne, dermatitis and rosacea.

The Russian state occupies vast territories with diverse climatic conditions and includes many peoples and cultures.This makes the study of their folk medicine trully interesting.

The Novgorod Chronicle describes the use of "mold from the bathroom" to treat wounds and how it would have prevented the development of an infection even before penicillin was found in the UK after seven centuries.

In 1581 Tsar Ivan IV (1530-1584) ordered the establishment of the first pharmacy to supply the king's yard, as well as the founding of the Pharmaceutical House, which was responsible for collecting medicinal plants from Russian lands. 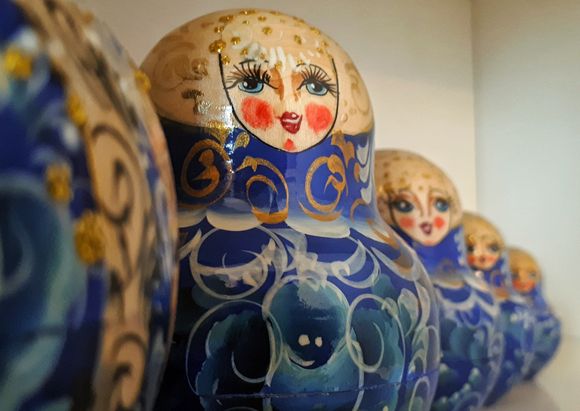 This article is dedicated to the most common herbal recipes from Russian folk medicine for the treatment of various dermatological diseases. Medicinal plants are well known and easy to find. The information is taken from the article "Russian traditional medicine in dermatology", published in 2018 in the journal Clinics in Dermatology. [ref.1]

In the first part of the article, you learned what are the recipes that Russian folk medicine uses to treat vitiligo, infections and warts. Here you will find natural remedies for acne, dermatitis and rosacea.

The fruits of guelder rose contain vitamin C and K, sugars, saponins, tanins and pectins. The juice is a powerful anti-inflammatory and healing agent.

Large doses of Viburnum opulus can cause nausea and vomiting. The intake of the plant is contraindicated during pregnancy. 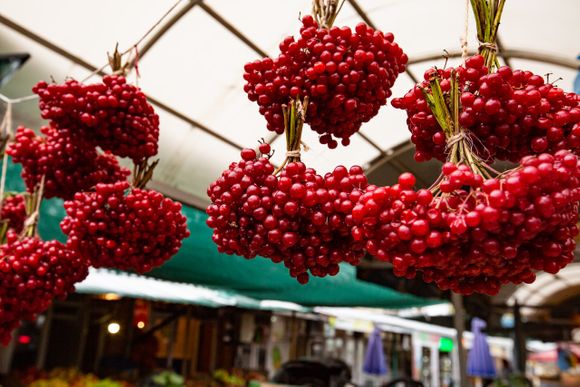 Recipe #1: Guelder rose fruit juice for external use in acne

Preparation: Prepare juice from the ripe fruits and wet a handkerchief with it.

Method of application: Place the handkerchief on the face for 10 minutes at least 8 times a day with 15-minute breaks. The procedure ends with applying moisturizing cream to the face, which should be mixed with the guelder rose juice before application. The course of treatment lasts at least 5 days.

The above should be applied simultaneously with intake of guelder rose fruits infusion.

Preparation: To prepare the infusion, grind 5 tablespoons of guelder rose fruits in a mortar, cover with 0.7 liters of boiling water in a thermos, leave for 3-4 hours, and then filter the infusion.

Method of administration: Drink 1/2 cup 4 times a day 20-30 minutes before meals (this infusion has an anti-inflammatory effect). It is taken internally, at the same time as the external application described above.

The healing effect of chamomile also known as Matricaria recutita, is mainly the result of the presence of essential oil (0,2-0,8%) in the herb. The plant has antimicrobial and anti-inflammatory action and also improves the state of connective tissue.

Preparation: Make the infusion by soaking chamomile blossom in boiling water for 30 minutes. Let it cool down.

Method of application: Once the infusion has cooled, moisten a piece of cotton with it and place it on the areas affected by acne for 7 minutes. Repeat every day for 25 days. 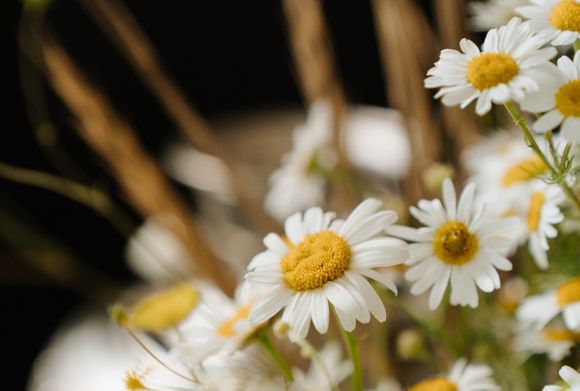 Nettle is recommended as a means of treating acne and other chronic skin diseases.

It contains formic and pantothenic acid, histamine, acetylcholine, ascorbic acid, carotene and other carotinoids, vitamins of the groups K and B, urticine glycoside, phytoncides, tanins and proteins, starch, iron, zinc and other trace elements that give the nettle hemostatic, diuretic and estrogenic properties and improve the work of the digestive system, lower the level of blood sugar and cholesterol. Anti-inflammatory properties and estrogenic effect of nettle are used to treat acne.

Method of administration: One hour after a snack, drink half a glass of nettle juice, and an hour later drink the same amount of dandelion juice, and after another hour drink - take half a glass of celery juice. Repeat the procedure 3 times every 3 days. 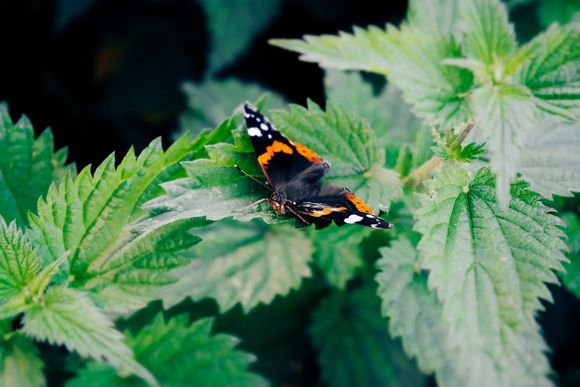 Locally dandelion can cause contact dermatitis, multiforme erythema or anaphylactic reaction in sensitive people. Simultaneous use of dandelion with potassium-preserving diuretics may increase the risk of hyperkalemia due to the high potassium content of the plant. Dandelion can inhibit cytochrome P450 3A4 and thus affect the metabolism of drugs that are metabolized by cytochrome 450 3A4, such as quinolones, cyclosporine, sirolimus (rapamycin) and similar medications, therefore simultaneous intake with them is not recommended.

The healing parts of elderberry (Sambucus nigra) are the flowers and flower buds that are used before they fall from the plant. They contain essential oils, organic acids and tanins, which have a strong anti-inflammatory, analgesic and drying effect.

Research has shown that elderberry infusion has an antibacterial and antiviral effect. Fresh and dry leaves are often used to make masks. 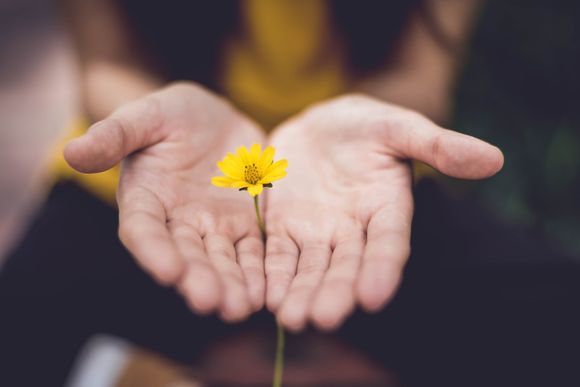 Preparation: Take dried birch leaves (young leaves collected in May) and grind them into powder. Four teaspoons of powder should be covered with 500 ml of boiling water in a porcelain kettle and cover for 12-15 minutes.

Method of administration: Drink one glass a day when suffering from dermatitis.

Preparation: Mix 10 g of finely ground birch buds and 100 g of melted butter and leave the mixture on a slow heat for 5-7 minutes with continuous stirring. The resulting substance should be filtered while it is hot.

Method of application: Apply the ointment on the skin for the treatment of exudative dermatitis, wounds, ulcers, cracked skin. It has anti-inflammatory, analgesic and healing effects. 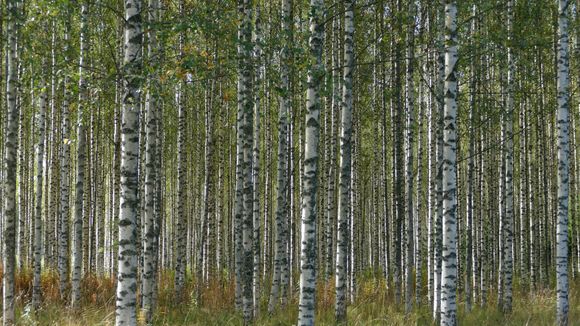 Preparation: 10 g of dried elderberry flowers (2 tablespoons) are poured with 200 ml (1 cup) of hot boiled water, allowed to stand for 24 hours and then move it to a dark glass container. The infusion should be kept in a dark and cool place.

Method of application: Apply the infusion on the areas affected by dermatitis for 10 to 15 minutes, 2-3 times a day for 7 days.

Infusions and creams made of oak bark have a great anti-inflammatory and drying effect on large areas affected by exudative dermatitis. Infusions that include propolis are considered one of the most effective traditional treatments for dermatitis.

Preparation: Prepare the oak bark infusion by taking 1 part of ground oak bark and 5 parts of cold water, boil slowly the mixture for 15 minutes and then allow the resulting solution to stand for 24 hours before being drained. Add 1 tablespoon of 30% propolis tincture to the infusion.

Method of application: Use the mixture to moisturize areas affected by dermatitis 1-2 times a day. 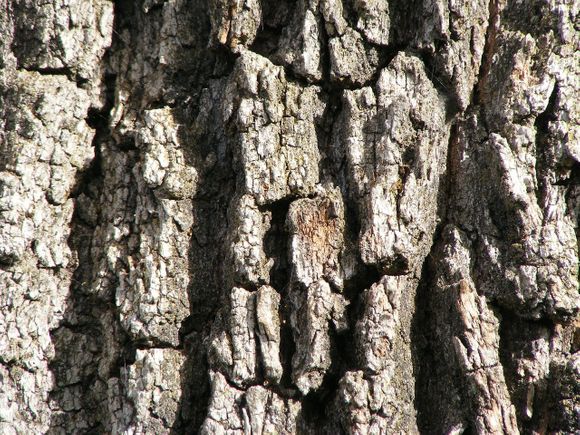 Preparation: Take 1 cup of ground oak bark, add 1 liter of boiling water and boil slowly for 15 minutes. Then add half a glass of dry ground three-lobe beggartick (Bidens tripartite L.) and the same amount of yarrow (Achillea millefolium), boil on a slow fire for another 2-3 minutes, leave to stand for 20-30 minutes, and then filter and add 2 tablespoons of 20% propolis tincture.

Method of application: The resulting tincture is used to make compresses, which are applied to the affected areas of the skin. Compresses should be used 1-2 times a day, a total of 10 procedures.

Three-lobe beggartick (Bidens tripartite L.) is also known as three-part beggarticks, leafy-bracted beggarticks or trifid bur-marigold. A study evaluating the properties of essential oil extracted from the roots of this plant against 8 Gram-positive and 11 Gram-negative bacterial species and 10 fungal strains has shown antibacterial and strong antifungal properties.

Sea-buckthorn oil, which is used for the preparation of creams, is recommended for the treatment of painful and deep cracks in the skin. It has epithelializing, analgesic and antiseptic action. 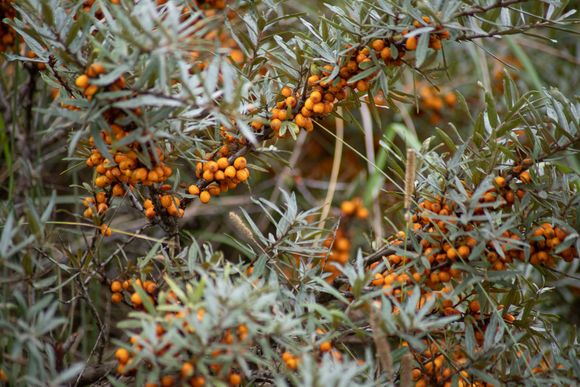 Preparation: To prepare sea-buckthorn oil, the fruits are collected late in autumn, grinded in a juicer or in a mortar. The juice is removed and the remaining paste is used to prepare the oil.

To prepare the oil, dry the paste, grind and mix with sunflower oil in a ratio of 1:1,5. Allow the resulting solution to stand for three weeks in a cool and dark place. After this period of time, the oil is ready for use.

Method of application: Sea-buckthorn oil can be applied to areas with dry or cracked skin. Epithelialization occurs only after 2-3 days of regular application.

Method of administration: The cream is applied to the affected skin twice every 24 hours. Taking 2-3 ml of sea-buckthorn oil can be of additional benefit if taken internally once a day, at the time the cream is applied.

Pure fir needle oil is also used to treat dermatitis, since its effects are not limited to its powerful anti-inflammatory effect - it is also soothing, mitigating itching and improving sleep. 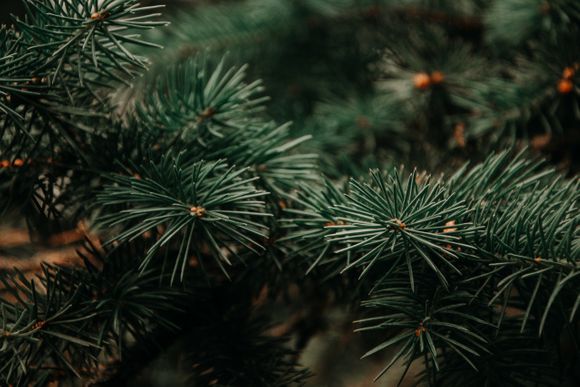 Preparation: To prepare this cream, use Pure fir needles oil (Abies sibirica) and mix it in a proportion of 1:1,5 with molten pork, chicken or goose fat.

Method of application: The resulting cream is rubbed into the affected area of the skin twice every 24 hours and covered with compress paper.

Drugs that contain marigold as an ingredient are widely used in pharmacology due to the presence of biologically active compounds in the flower of the plant, its low toxicity and the sedative effect of gallen preparations (those that are mixed by the pharmacist in the pharmacy).

Preparation: 70% spirit tincture of marigold is dissolved in cold boiled water (1:4). It is used to soak gauze folded 3-4 times.

Method of application: The gauze is squeezed slightly to remove excess fluid and applied to the affected areas, it remains so 3 hours. It is preferable to carry out the procedure every day. 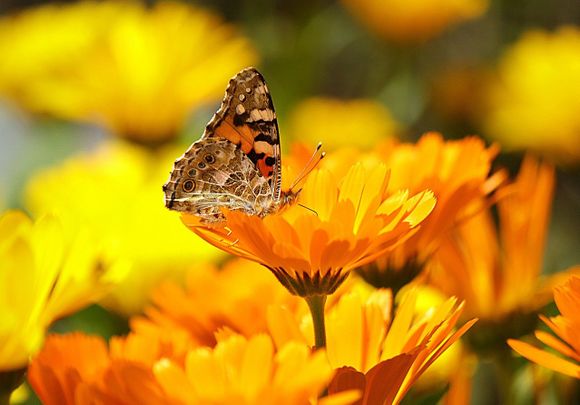 Recipe #2: Marigold infusion for external use in rosacea

Preparation: 150 ml of boiling water is poured into a glass containing 1 tablespoon of marigold flowers, stands for two hours and cools. Then a piece of gauze is folded 3-4 times and soaked in the solution.

Method of application: After a slight squeeze, the gauze is applied to the areas for 3 hours. Do the procedure daily for best effect.

Preparation: Pour 300 ml of boiling water into a glass containing 1 tablespoon of ground marigold, leave to stand for 7-8 hours, strain and leave to cool.

Method of application: A piece of gauze or cloth soaked in the solution is applied to the affected areas for half an hour.