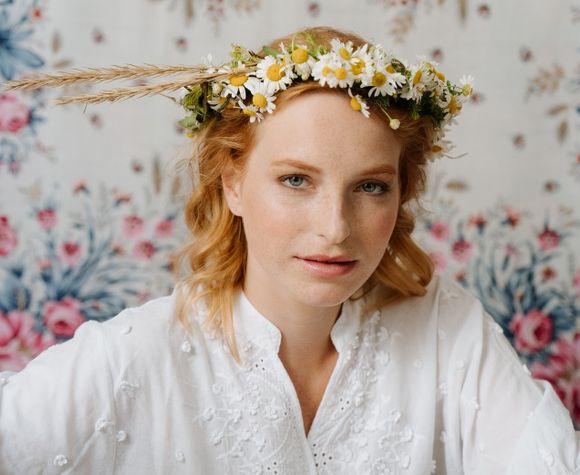 This article is dedicated to the most common herbal recipes from Russian folk medicine for the treatment of various dermatological diseases. The medicinal plants used are well known and easily accessible around the world.

The Russian state occupies vast territories with diverse climatic conditions and includes many peoples and their culture. This makes especially interesting the study of Russian folk medicine.

Medicinal plants have been used in the lands that made up modern Russia since ancient times. A study of numerous written sources shows that herbal treatments were applied by the Scythians living in the northern territories along the Black Sea coast between the Dniester and Don rivers (from the 7th century BC to the 1st century AD).

The Novgorod Chronicles describe the use of "mold from the bathroom" to treat wounds and how it would have prevented the development of an infection even before penicillin was found in the UK seven centuries later.

In 1581 Tsar Ivan IV (1530-1584) ordered the establishment of the first pharmacy to supply the king's yard, as well as the founding of the Pharmaceutical House, which was responsible for collecting medicinal plants from the Russian lands.

The collection and use of medicinal plants became particularly widespread during the reign of Peter I (1672-1725), who personally cultivated medicinal herbs in his private garden. 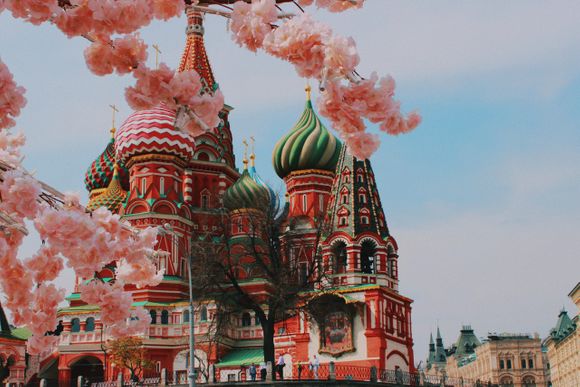 This article is dedicated to the most common herbal recipes from Russian folk medicine for the treatment of various dermatological diseases. The used medicinal plants are well known and available around the world. The information is taken from the article "Russian traditional medicine in dermatology", published in 2018 in the journal Clinics in Dermatology. [ref.1]

It has been found that in patients with vitiligo there are higher levels of antibodies against the thyroid gland.

The most important quality of St. John's wort in the treatment of vitiligo is its photosensitive effect. The herb should be used with caution due to numerous reports of side effects, including activation of cytochrome P450, which can affect the metabolism of many drugs.

It is also known to affect thyroid function, causing increased levels of thyroid stimulating hormone (TSH) and should be taken with caution by patients with thyroid disease and those who use medicine to treat it, especially hormones. 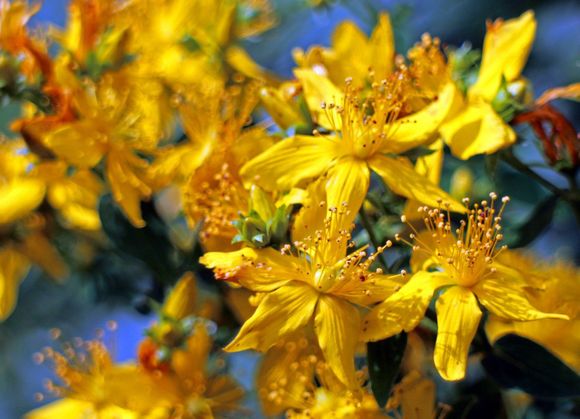 Preparation: Fill a small glass jar with St. John's wort flowers, leaving 4-5 cm of empty space on top. Add extra virgin olive oil to the jar and place in the sun (not in the shade, but in direct sunlight) for at least 2 weeks, shaking it every day.

After this period of time, remove the flowers from the mixture and add a new fresh portion of them. Leave the jar in the sun for another 2 weeks.

This should be repeated 5 to 7 times.

Since St. John's wort blooms all summer, there should be no problems with the sourcing of raw materials.

The thus obtained extract of St. John's wort should be red-brown in color, with a creamy consistency.

Method of application: Compresses are made, as a piece of gauze or other suitable tissue is soaked in the extract and placed on the affected areas. The compress should be applied for about 30 minutes.

Application is followed by exposure of treated areas to sunlight. Attention, attention! The first time sun exposure should not exceed 2 minutes. Over time, sun exposure may be increased by a few minutes each day until it reaches a maximum of 30 minutes.

This procedure should be performed twice a day for 30 days. Two to three cycles with 2-week breaks between each cycle are recommended. 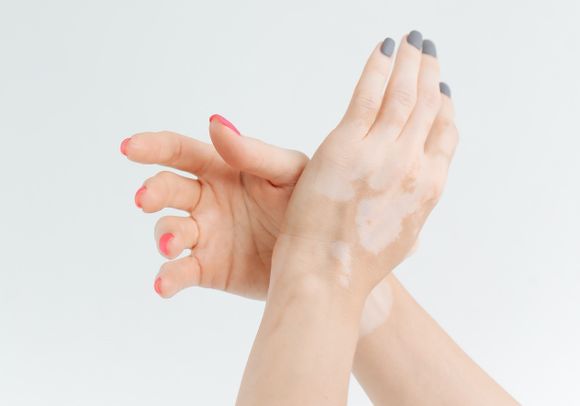 Preparation: 1 teaspoon ground dried St. John's wort is poured with about 200 ml of boiling water and allowed to stand for 1 hour.

Method of administration: Remove the plant parts and take 1 tablespoon of the infusion, 3 times a day after a meal, for 21 days. In order for the treatment to be effective, it is necessary to repeat this course 8 times with one-week breaks in between.

Preparation: Preheat 50 ml of olive oil mixed with 5 grams of ground dried St. John's wort in a water bath for half an hour. After cooling, the mixture should be filtered through gauze. The resulting cream should be stored in a dark glass in a cool place.

Method of application: put the cream on a piece of dense fabric and apply it daily as a compress for 30-40 minutes on the area affected by vitiligo.

The course of treatment takes 40 days. Application of the cream should be combined with an internal intake of the st. John's wort infusion, prepared according to the recipe described above.

Another effective herb used in Russian traditional medicine for the treatment of vitiligo is the common duckweed (Lemna minor, a freshwater plant). The healing properties of the plant are due to the significant amount of iodine, bromine and proteins. It has antipyretic, powerful anti-inflammatory and mild analgesic and cholagogic properties.

It is recommended to avoid it during pregnancy or lactation. 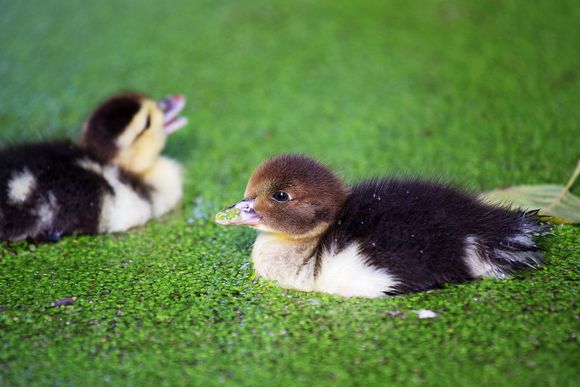 Preparation: Mix one spoonful of raw plant material with 50 ml of vodka. The required amount of herb must be measured, washed under running water and then placed in a dark opaque glass container. Pour vodka or 40% medical ethanol until the plant mass is covered.

The liquid is allowed to stand for a week at room temperature in a dark place. Then filter through a medical gauze. This medicine should be stored in a cool and dark place.

Preparation: Boil one teaspoon of ground herb in 250 ml of water for 15 minutes. Filter the infusion after 1 our.

Method of administration: Take one cup of the infuion 15 minutes before a meal, three times a day, for four months.

Preparation: One tablespoon of duckweed is grinded using a blender and stirred with an equal amount of honey. The mixture should be placed in a glass jar with a lid and stored in a refrigerator.

Method of administration: One teaspoon per day is taken at breakfast, lunch and dinner, for 2 years. It is difficult to achieve the desired effect with a shorter intake.

Russian herbal remedies for the treatment of pyoderma

Pioderma is a group of skin diseases that include purulent-inflammatory skin lesions, caused by certain types of bacteria - staphylococci, streptococci.

The strong antimicrobial effect of candelabra aloe (Aloe arborescens) makes it useful in the treatment of whitlows (purulent inflammation of the finger, often around the nail) and furuncles.

The leaves of the aloe plant contain complex glucosides, vitamins (especially vitamin C), phytoncides, enzymes, calcium and magnesium. The soft pulp (gel in the leaves) of aloe contains 96% water and 4% polysaccharides and other substances.

It can improve the body's immune responses by stimulating phagocytosis, increasing the number of T-cells in the blood and at the same time suppressing the synthesis of inflammatory interleukin-1a. 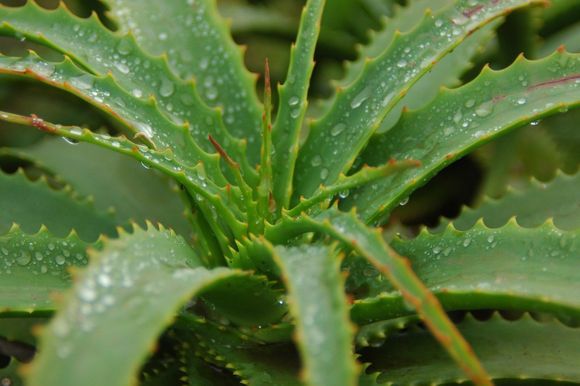 Recipe #1: Gel from the leaves of krantz aloe

Preparation: Take the pulp (the characteristic gel in the leaves) of a fresh aloe leaf.

Method of application: The pulp from the aloe leaves should be applied to the affected area of the skin and put a bandage to stand for 6-8 hours.

Fruits and leaves of raspberry have a very high content of salicylate and purine, so they are contraindicated in patients with gout, urolithiasis (kidney stones), gastritis, duodenal and stomach ulcer and during pregnancy before the 35th week.

Preparation: Mix the fresh raspberry leaves in a blender with melted butter in a ratio of 1: 4.

Method of administration: Take it orally for the treatment of pyoderma.

3. Onions against furuncules and carbuncles

Onions have been used to treat furuncules and carbuncles since ancient times. In addition to 86% water, onions contain many phytoncides, vitamins C, B1, B2, B6 and E, as well as carotene, biotin, folic acid and trace elements and have strong anti-inflammatory and antimicrobial properties. 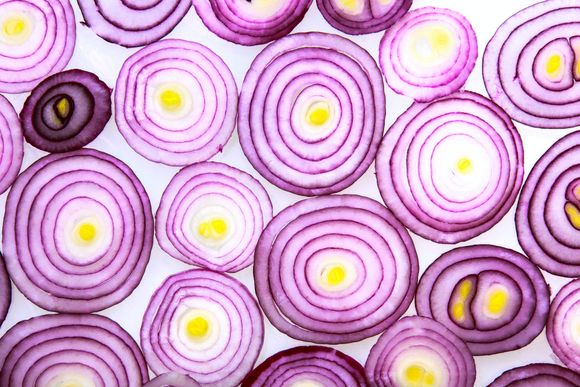 Method of application: The roasted onions are cut in half and one half applied to the furunculum and bandaged while it is still hot. The hot onion should be changed every 3-4 hours until the furuncule "bursts".

Preparation: Make a paste of raw or roasted onions and milk.

Elecampane is also called horse-heal or elfdock, and is a widespread plant species in the sunflower family.

Infusion of 1:10 from the root of horse-heal is traditionally used to treat scabies in the form of compresses and washes. Root infusions have antimicrobial and anti-inflammatory properties. 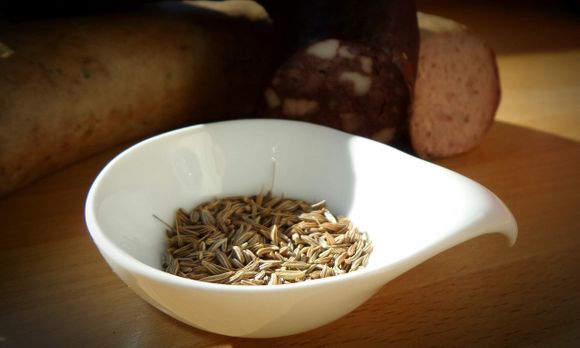 Preparation: Dissolve the essential oil of caraway in olive oil, sunflower oil or other vegetable oil in a ratio of 2:100.

Method of administration: Rub it on the affected skin.

Method of administration: The most common place for epidermophytosis (fungus) is between the toes and groin. The areas are treated with gauze soaked in oil from the needles of Siberian fir for 10-20 minutes. Procedures should be carried out daily until their full recovery (usually 7-10 days are enough).

According to Russian folk medicine, one of the effective ways to treat warts caused by human papillomavirus (HPV) is to use garlic (Allium sativum). Sulphides, which are found in garlic, seem to have an antiviral effect, while phytoncides have a diverse bactericidal effect.

It is considered the best antiseptic that protects against viruses and bacteria. A recent study showed the effectiveness of lipid garlic extract in treating multiple treatment-impervious viral warts within 4 weeks. Garlic has been used all over the world for numerous health problems for centuries. 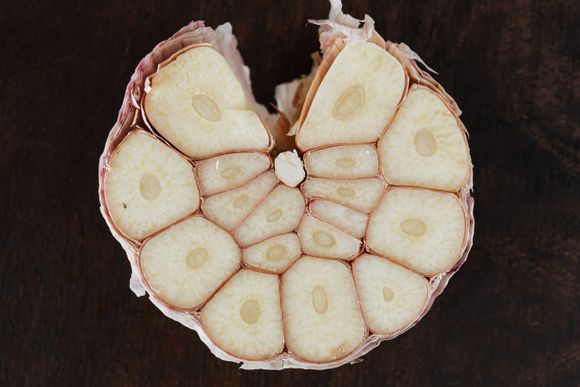 Preparation: A few cloves of garlic are grinded into a paste, then a teaspoon of the resulting mass is mixed with an equal amount of melted lard and add four teaspoons of apple cider vinegar. The paste il placed in a dry and clean vessel.

How to apply: Apply the paste directly to the warts and place a bandage or
plaster; leave on overnight. Repeat treatment every night until the warts disappear.

Preparation: Soak three cloves of garlic in three glasses of wine or apple cider vinegar. Leave it for three weeks.

Method of application: Soak a small piece of cotton cloth in the mixture and apply directly to the warts. Leave to act as a compress overnight. Repeat the procedure every day until the warts disappear completely.

Recipe #6: Clove of garlic with vinegar

Preparation: Soak a clove of garlic in apple cider vinegar for two hours.

Method of application: Bandage the soaked clove directly on the affected area for the night. Repeat every night until the warts disappear. A slice of garlic can also be attached to the wart with a patch or warts can be rubbed with garlic for a more powerful therapeutic effect.

Preparation: Take 10 medium to large cloves of garlic to get 60-80 ml (1/4 to 1/3 cup) of juice. Mash each clove with the wide part of the knife blade. Remove the peels. Wrap the garlic mash in a piece of gauze and squeeze it to extract the juice in a bowl. Store the juice in a glass container in the refrigerator.

How to apply: Apply the fresh garlic juice directly to the warts and then cover with the skin of a ripe banana, fix with a patch. Keep overnight. These compresses should be changed every morning for a week or more until successful.

In the second part of the article you will learn what Russian folk medicine offers against acne, dermatitis and rosacea.