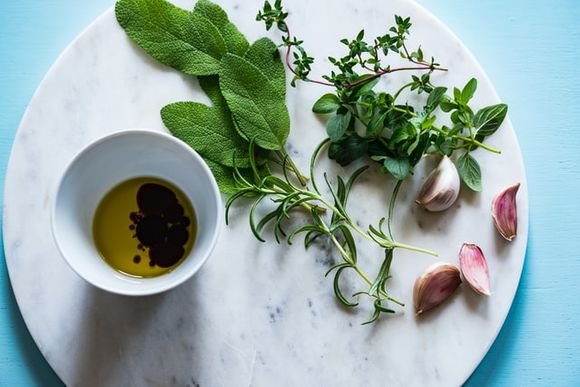 As we have stated earlier, 85% of those infected with the new SARS-CoV-2 coronavirus and infected with COVID-19 in China received not only conventional treatment, but also therapy with herbs from Chinese traditional medicine. In this article, we will look separately at each of the herbs that have been used and what the science of them has to tell us. It's a pandemic, and hope lurks everywhere. :)

As we told you earlier, 85% of those infected with thenew SARS-CoV-2 coronavirus and infected with COVID-19 in China have received not only conventional treatment, but also therapy with herbs from Chinese traditional medicine. In this article we will look separately at each of the herbs that have been used and what science has to tell us about them.

Astragalus membranaceus [ref. 1] is one of the most commonly used medicinal plants in Chinese traditional medicine. The root of the plant is known as Huang Qi. It is used as an immunostimulant, tonic, antioxidant, hepatoprotectant, diuretic, antidiabetic, anticancer and expectorant [ref. 2]. Many of the plants belonging to the same genus contain toxicglycosides or can accumulate dangerous amounts of selenium in themselves, but this is not the case with Astragalus membranaceus. 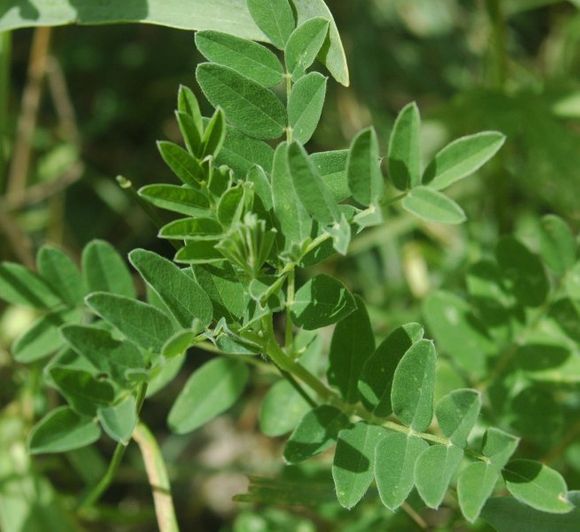 Photo by I, Doronenko, Wikipedia

It is assumed that the plant has many health benefits, including stimulation of the immune system [ref. 3] and anti-inflammatory effects. It is used to treat a wide variety of conditions, including fatigue, allergies and the common cold. It is also used in heart disease [ref. 4], diabetes and others.

Glycyrrhiza uralensis [ref. 5] is also among the 50 most commonly used herbs in Chinese traditional medicine. The root of the plant is used, which has a very sweet taste. Licorice - Glycyrrhiza glabra - belongs to the same genus. 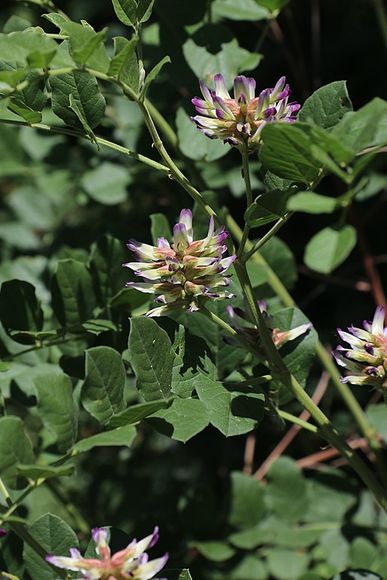 Moreover, a 2003 study by the University of Frankfurt found that the substance glycyrrhizin, which is found in the herb, actively inhibits the reproduction of the SARS virus (which caused the epidemic of severe acute respiratory syndrome, SARS) and recommended that this substance be used in the treatment of the dangerous disease.

But the intake of the herb is contraindicated in patients with hypertension, cholestatic disorders or cirrhosis of the liver, hypokalemia (low potassium levels) or chronic renal failure, as well as during pregnancy [ref. 8].

Saposhnikovia divaricata [ref. 9] belongs to the Family of Senicoflower, as well as parsley and carrot, but is a single species in its genus. 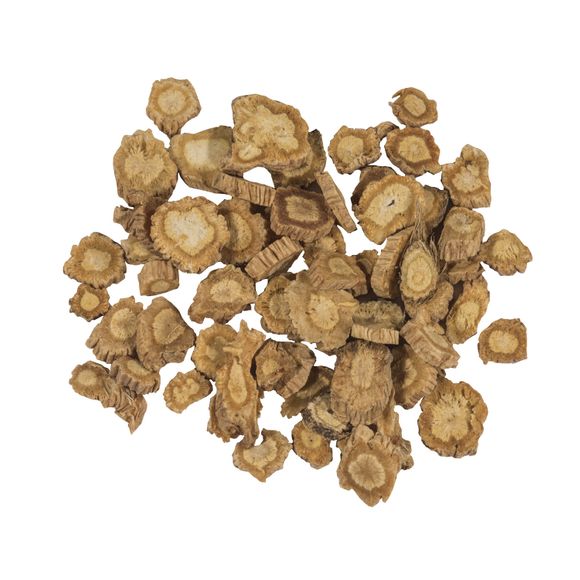 In Chinese traditional medicine, the root of the plant is used. It is used in combination with various other herbs. Extracts from the plant have shown antioxidant and anti-proliferative action in several cancer cell lines, i.e. suppress the division of cancer cells in the cases studied - in combination with chemotherapeutic drugs such as campothecin or paclitaxel, the extract has shown aditative anti-proliferative effects on cells K562, HL60 and MCF7 and antagonistic effects on MDA-MB-468 cells [ref. 10].

The herb is used in traditional Chinese medicine to relieve inflammation, rheumatic conditions, cramps and other diseases. 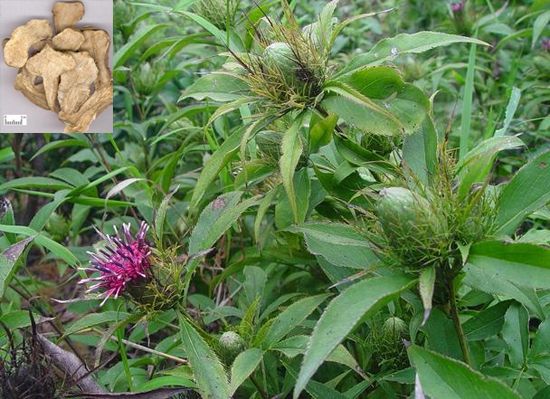 Lonicera japonica [ref. 13] is a type of Honeysuckle (Lonicera), which is often used as a decorative plant and although it originates in East Asia, today it is an invasive (imported) species in many places around the world. 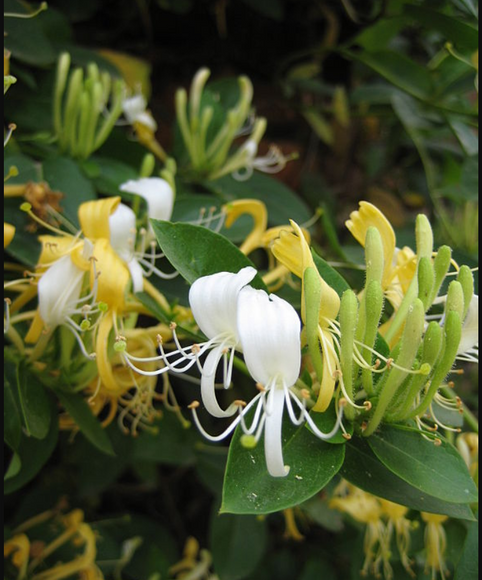 Dried leaves and flowers (Flos Lonicerae Japonicae) are used in traditional Chinese medicine for the treatment of fever, headache associated with cold, cough, thirst, some inflammations, including sore throat, skin infections, and according to some studies may also have an antiviral effect, due to the fact that the plant is rich in chlorogenic acid [ref. 14]. 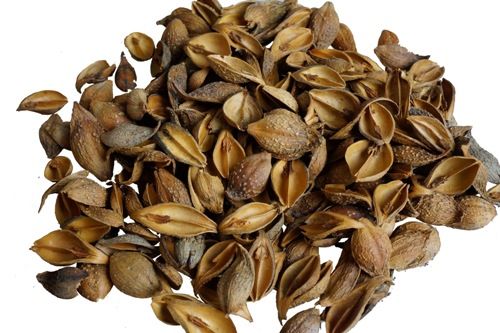 Pharmacology has proven that Fructus forsythia [ref. 15] or the fruits of the forsythia plant have various therapeutic effects, both in vitro (in laboratory conditions) and in vivo (in the living organism), such as anti-inflammatory, antibacterial and antiviral, antioxidant, antitumor action, as well as hepatoprotective (liver protection), neuroprotective and cardiovascular protective effects [ref. 16].

The fruits of forsythia have been used in Chinese traditional medicine for the treatment of infectious diseases, such as acute nephritis, erysipelas (Red Wind) and ulcers, for more than 2,000 years.

Radix platycodonis [ref. 17] or also called Jiegeng in Chinese traditional medicine is essentially the root of the plant Platycodon grandiflorum. 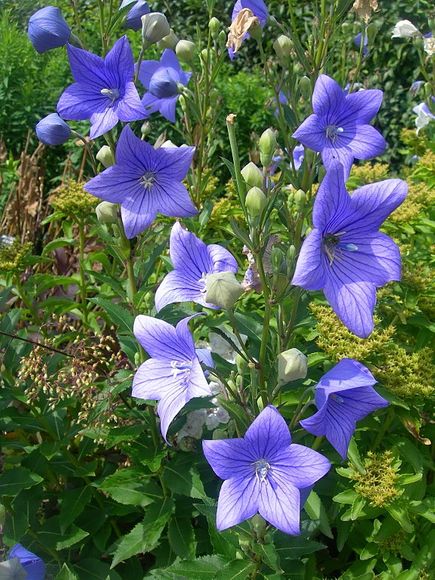 The root of the plant is used to treat upper respiratory tract infections, acute and chronic bronchitis, atopic dermatitis and other skin diseases [ref. 18]. In various studies, substances from the plant have shown anticancer action. the substance platicodine D, triterpenoid saponin, was found to have anticancer effects in several cancer cell lines - in hepatocellular carcinoma cells it caused apoptosis (cancer cell suicide) and suppressed cell adhesion (attachment), migration and invasion, showing promising characteristics such as a significant compound for the development of anticancer drugs [ref. 19].

Agastache rugosa [ref. 20] has an anise flavor and leaves can be used as a spice to salads or to make tea. The plant is one of the 50 main herbs in traditional Chinese medicine. 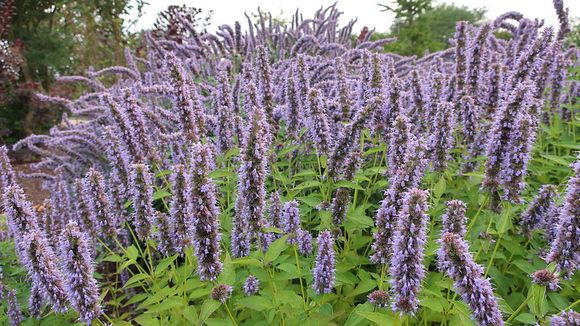 The leaves and stems have antibacterial, antifungal [ref. 21], aromatic, carminative, diaphoretic (sweating), low-temperature-lowering properties, and also used for stomach problems. They are used internally to improve appetite and strengthen the digestive system, relieve symptoms such as bloating, indigestion, nausea and vomiting. Tea from the leaves is also used to relieve angina pain. [ref. 22] 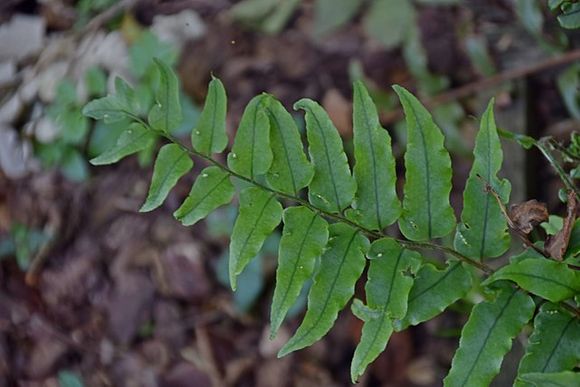 In one study, aqueous extract of Cyrtomium fortunei J. Sm. has shown antiviral activity against eneroviruses Coxaki virus B3 and B5, Polio virus I, Echo virus 9 and 29, chroate by suppressing their inactivation, absorption and replication during infection [ref. 24].

It is important to keep in mind that a number of ferns contain carcinogens, as well as the enzyme thiaminase, which deprives the body of B vitamins.

More about the treatment of coronavirus infection in China, read here: