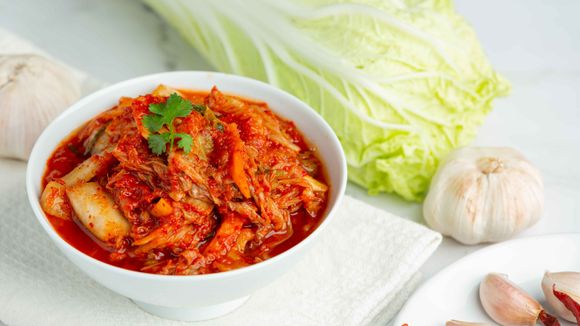 Healthy fermented foods for every household

Probiotics are living microorganisms that have numerous health benefits and inhabit the intestinal microbiome. Probiotics are commonly called beneficial bacteria and provide various health benefits, such as improving digestion, promoting heart health and immune function, protecting against pathogenic microorganisms and others. Consuming probiotics in the form of supplements is one option to get them, but fermented foods also contain them in abundance. Therefore, we will present you a selection of healthy probiotic foods suitable for each table.

Healthy fermented foods and their benefits

Yogurt is one of the best sources of probiotics, including lactobacillus bulgaricus and Streptococcus thermophilus - the main microorganisms that contribute to fermentation.

Yogurt consumption is associated with many health benefits, including improved bone health. Also yogurt is useful for people with high blood pressure. In children, yogurt can help reduce diarrhea caused by antibiotics. It may even help alleviate the symptoms of irritable colon syndrome.  [ref. 1]

Kefir is a fermented probiotic milk drink. It is prepared by adding kefir grains to cow's or goat's milk. Kefir grains are not cereals, but rather crops of lactic acid bacteria and yeast, which look a little like cauliflower.

It is believed that the word "kefir" comes from the Turkish word "keyif", which means "to feel good after eating". Among the health benefits of kefira are supporting bone and joint health, supporting digestion and preventing infections.

We don't think it's surprising that sauerkraut is in this selection. Sauerkraut is finely grated cabbage, which is fermented from lactic acid bacteria. It is one of the oldest traditional foods and is popular in many countries, especially in Eastern Europe.

Sauerkraut is often consumed with sausages or as a side dish. It has a sour, salty taste and can be stored for months in an airtight container.

In addition to its probiotic qualities, sauerkraut is rich in fiber as well as vitamins C and K. It also has a high sodium content and contains iron and potassium. [ref. 2]

Tempe is a fermented soy product. Its taste resembles a walnut or a mix of meat and mushrooms. It's hard to pin down exactly, so you have to try.

Tempe originated in Indonesia but has become popular worldwide as a substitute for meat high in protein and low in fat. It also provides iron and calcium, B vitamins, vitamin A, and vitamin C.

The fermentation process actually has some surprising effects on its nutritional profile. Soya beans are usually high in phytic acid - a plant compound that disrupts the absorption of minerals such as iron and zinc. However, fermentation reduces the amount of phytic acid, which can increase the number of minerals absorbed by the body when consumed.  [ref. 3]

Kimchi is a fermented, spicy Korean garnish. Cabbage is usually the main ingredient, but it can also be made from other vegetables. Kimchi is seasoned with a mixture of spices, such as flakes of paprika, garlic, ginger, onions, and salt.

It is also a good source of protein and fiber. It is also high in various vitamins, minerals, and plant compounds, including vitamin K, manganese, and honey. Miso is a traditional Japanese spice and is made by fermenting soybeans with salt and a type of sponge called koji. 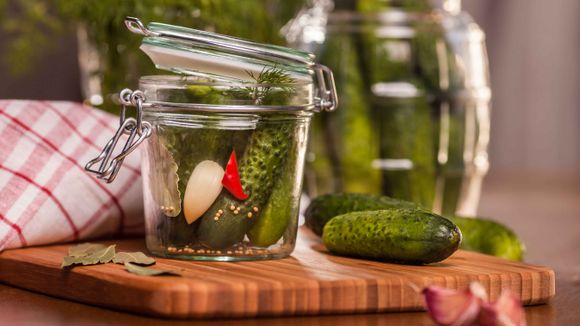 Pickles well-known cucumbers, which are preserved in a solution of salt and water. They are allowed to ferment for a while, using their own naturally present lactic acid bacteria.

They are a great source of healthy probiotic bacteria that can improve digestive health. They are also low in calories and are a good source of vitamin K, an essential nutrient for blood clotting.

Carrots, cauliflower, vinegar, sugar, a few cambies, celery and salt - these are the main ingredients of the well-known pickle. Usually prepared for winter, pickle is naturally fermented and very useful due to the natural content of probiotics, vitamin C and others. Pickles are traditionally served and consumed as a brandy appetizer, but can also be eaten on their own. It is ideal for garnish for many winter dishes. 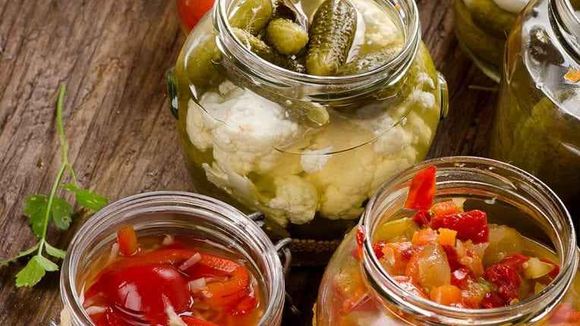 There are many very healthy probiotic foods that can find a place in your diet in any season. This includes numerous varieties of fermented soy beans, dairy products, drinks such as Kombucha, favorite pickles and others. Besides delicious, these probiotic foods are useful in that they provide vitamins, minerals, fiber and so valuable probiotic bacteria for intestinal microbial balance.

Pickle juice - cause or cure for a heartburn

Folic acid: Everything you need to know