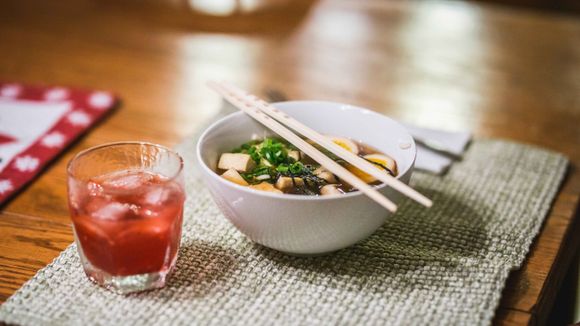 Miso is a fermented spice, especially popular in parts of Asia, although it also made its way into Western cuisine. Although miso is still too unknown to many, she is present in the famous recipe for Japanese miso soup. As you will see from the article, miso is incredibly nutritious and is associated with various health benefits, including better digestion and a stronger immune system.

This traditional Japanese spice consists of a thick paste made from soybeans that have been fermented with salt and koji starter culture. The starter usually contains the fungus Aspergillus oryzae.

Miso pasta can be used to prepare sauces and soup broth or to marinate vegetables and meat. People usually describe the taste of miso as a combination of salty and umami, and the color can vary between white, yellow, red or brown, depending on the variety.

Although miso is traditionally made from soybeans, some varieties use other types of beans or peas. Other ingredients, including rice, barley, rye, buckwheat, and hemp seeds, all of which affect the color and taste of the finished product, may be used to make it.

The health benefits of miso

It also contains smaller amounts of B vitamins, calcium, iron, magnesium, selenium, and phosphorus and is a source of choline. [ref. 1]

Due to the fact that miso is obtained by fermentation, the nutrients contained in it are even easier to absorb from the body. The fermentation process also promotes the growth of probiotics, beneficial bacteria that provide a wide range of health benefits.

A. oryzae is the main probiotic strain found in miso. Research has shown that probiotics in this spice can help reduce symptoms associated with digestive problems, including inflammatory bowel disease (IBD).

In addition, the fermentation process also helps to improve digestion by reducing the number of antinutrients in soybeans. Antinutrients are compounds naturally found in foodstuffs, including in soybeans and cereals used for the production of miso. If you consume antinutrients, they can bind to nutrients in the gut, reducing your body's ability to absorb them.

Fermentation reduces the levels of antinutrients in miso and other fermented products, which helps to improve digestion.

Miso may act as an anticancer agent in some cancers

Observational studies have repeatedly found a link between diets high in salt and stomach cancer. Despite its high salt content, miso does not seem to increase the risk of stomach cancer in the way other foods high in salt do. For example, one study compared meat with salt-containing foods such as salted fish, processed meat, and marinated foods. Fish, meat, and marinated foods were associated with a 24-27% higher risk of stomach cancer, while miso was not associated with an increased risk.  [Ref. 2]

Experts believe this may be due to the beneficial compounds found in soybeans, which potentially counteract the cancer-stimulating effects of salt.

Even more curiously, in human studies, regular consumption of ms can reduce the risk of liver and breast cancer by 50-54%. Protection from breast cancer is especially useful for postmenopausal women, but not only.  [ref. 3] 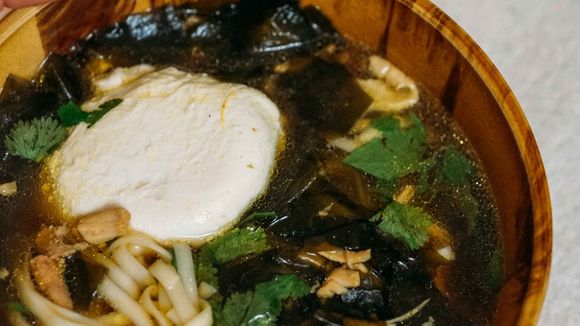 Other health benefits of miso

This Japanese spice can offer a number of other health benefits, including a beneficial effect on blood pressure; reducing cholesterol levels; development of type 2 diabetes and others.

Features of the consumption of miso

Miso consumption is generally safe for most people. However, the spice contains a large amount of salt. Therefore, it may not be a good choice for people who need to limit their salt intake due to a medical condition.

Also, most varieties are made from soybeans, which can be considered goitrogen. Goitrogens are compounds that can interfere with the normal functioning of the thyroid gland, especially in those who already have impaired thyroid function.

However, when foods containing goitrogen are cooked and consumed in moderation, they are rather safe for all people - even those with thyroid problems.

Miso is a versatile spice that is definitely worth having at hand if you want something different in your kitchen and dishes. The fermentation process used to produce it can be particularly useful, potentially boosting digestion, supporting the immune system, and helping to fight diseases, including several types of cancer.