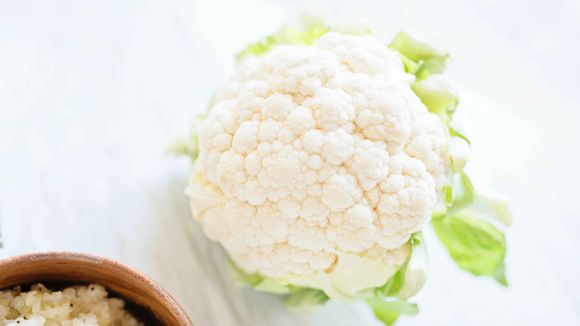 Cauliflower is an extremely healthy vegetable, which is a great source of nutrients. It provides unique plant compounds that can reduce the risk of several diseases, including heart disease and cancer. It is also suitable for weight loss and can be prepared in countless ways. We have recipe ideas, but before that we will introduce you to the benefits of this beautiful vegetable.

Cauliflower is one of several Brassica Oleracea vegetables of the genus Brassica, which is from the Brassicaceae family. [ [ref. 1] ] Cauliflower provides valuable antioxidants to counteract oxidative stress, as well as phytonutrients [ [ref. 2] ] that can protect against the development of cancer. [ [ref. 3] ]  Contains fiber to improve weight loss and digestion; choline, which is essential for learning and memory, and many other important nutrients, namely:

Cauliflower is quite high in fiber, which is useful for the digestive function. In one cup of cauliflower there are 3 grams of fiber, which is 10% of your daily needs. Fiber is important because it supports intestinal microbial balance, and this helps reduce inflammation and promotes digestive health and immune function. [ [ref. 4]

A great source of antioxidants

Cauliflower is a great source of antioxidants that protect your cells from harmful free radicals and inflammatory processes in the body. Like other cruciferous vegetables, cauliflower is especially rich in glucosinolates and isothiocyanates. These are two groups of antioxidants that have been shown to slow the growth of cancer cells. [ [ref. 5] ] In vitro studies, glucosinolates and isothiocyanates have been shown to protect against colon, lung, breast and prostate cancer. [ [ref. 6] ] 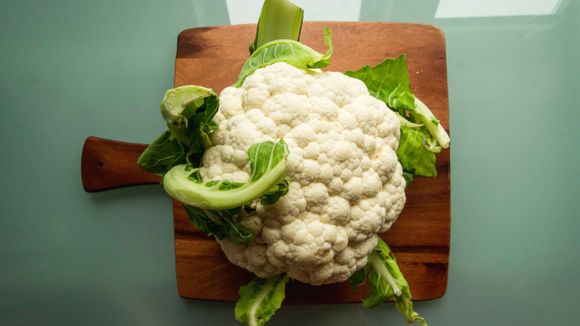 Cauliflower is useful in a weight loss regime

Cauliflower has several properties that can help with weight loss. First, it is low-calorie  - it contains only 25 calories per cup, so you can eat a lot of it without worrying about calorie intake. It can also serve as a low-calorie substitute for high-calorie foods, such as rice and flour. High water content is another aspect of cauliflower that is beneficial for weight loss. In fact, 92% of its weight consists of water (similar to cucumbers).

Cauliflower is high in choline - a basic nutrient from which many people have a deficiency. One cup of cauliflower contains 45 mg. choline, which is about 11% of the optimal daily intake for women and 8% for men. Choline has several important functions in the body. It plays a major role in maintaining the integrity of cell membranes, synthesizing DNA and supporting metabolism. Choline is also involved in brain development and the production of neurotransmitters that are necessary for a healthy nervous system. [ [ref. 7] ]

Cauliflower is a rich source of sulforaphane

Cauliflower contains sulforaphane - a well-studied antioxidant. Many in vitro and animal studies have found that sulforaphane is particularly useful for suppressing the development of cancer by inhibiting the enzymes involved in cancer and tumor growth. [ [ref. 8]

Sulforaphane, according to studies, is most effective against colorectal and prostate cancer, but has also been studied for its effects on many other cancers, such as breast cancer, leukemia, pancreas and melanoma.

Cauliflower is found broadly in culinary and can be used to replace cereals and legumes in your diet. Let's see a few options: 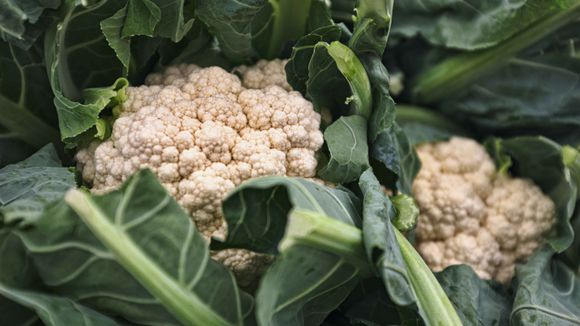 Recipe for pizza with cauliflower crust 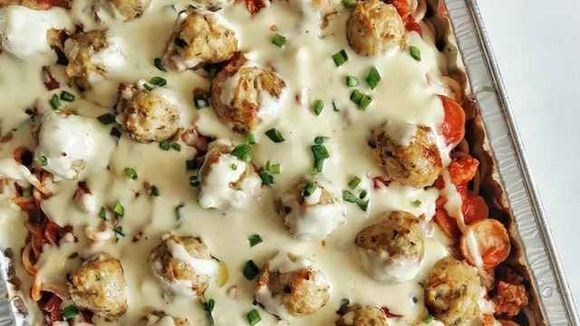 Recipe for keto casserole with cauliflower

You will need the following products:

Cauliflower is a tasty and useful vegetable with great health benefits, suitable for keto, paleo, vegetarian diet, as well as anyone else.

It is a great source of nutrients, including antioxidants, sulforaphane and others that contribute to immunity and metabolism, as well as to control weight, inflammation and heart health.