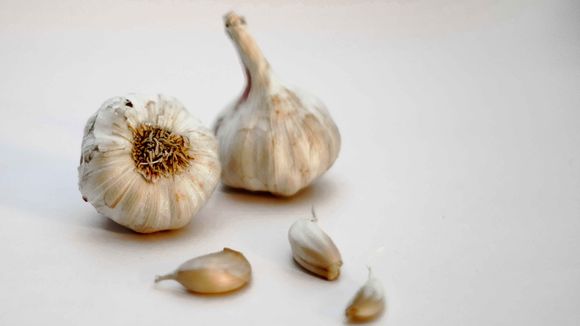 Whatever we say about garlic, it won't be enough to compliment it. It is a well-known immunostimulating agent, a widely consumed and used for any meat or plant-based dishes, soups - hot and cold as a tarator, potatoes, aubergines, peppers and many other variations. Garlic has been shown to help protect against the common cold and helps lower blood pressure and cholesterol.

Garlic is a plant of the allium family [onions]  [ref. 1]  It is closely related to onions, shallo and prasa. Each segment of the garlic bulb is called a clove. There are about 10-20 cloves in one bulb, but there may be more or less.

Garlic grows in many parts of the world and is a popular ingredient in cooking due to its strong smell and pleasant taste. However, we do not recommend eating it raw in a large amount, as it can irritate the stomach.

Throughout ancient history, the main use of garlic is because of its healthy and healing properties, which we will explore today. Most of the health benefits of garlic are due to sulfur compounds, which are released when slicing, crushing or chewing cloves.

Perhaps the most famous such compound is allicin. However, allicin is an unstable compound that is present only briefly in fresh garlic after it has been chopped or crushed. Other compounds that may play a role in the health benefits of garlic include dialyl disulfide and s-allyl cysteine.

Sulfur compounds from garlic enter the body through the digestive tract. Then they pass all over your body, exercising their biological effects.  [Ref. 2]

The exact mechanisms of preventive effects against cancer are not clear, although several hypotheses have been suggested. Organocer compounds modulate the activity of several metabolizing enzymes that activate (cytochrome P450s) or detoxify (glutathione S-transferases) carcinogens and inhibit the formation of DNA adducts in several target tissues. Antiproliferative activity is described in several tumor cell lines, which is probably mediated by induction of apoptosis and changes in the cell cycle.

Garlic is very nutritious and has very few calories

One clove (3 grams) of raw garlic contains the following nutrients:

It also has a small amount of calories, so it can safely be used in dietary weight loss regimes.

It is known that garlic supplements enhance the function of the immune system.

A 12-week study found that daily intake of a garlic supplement reduced the number of colds by 63% compared to placebo.  [ref. 3]  Of course, natural garlic consumption is always the better option in front of additives, so be sure to add it to the basket on next shopping.

Cardiovascular diseases such as heart attack and stroke are responsible for more deaths than almost any other condition. High blood pressure or hypertension is one of the most important factors that can lead to these diseases.

Studies in humans have found that garlic supplements have a significant impact on reducing blood pressure in people with high blood pressure.  [ref. 4]  In one study 600-1500 mg. Old garlic extract is just as effective as a drug to reduce blood pressure over a period of 24 weeks.  [Ref. 5] 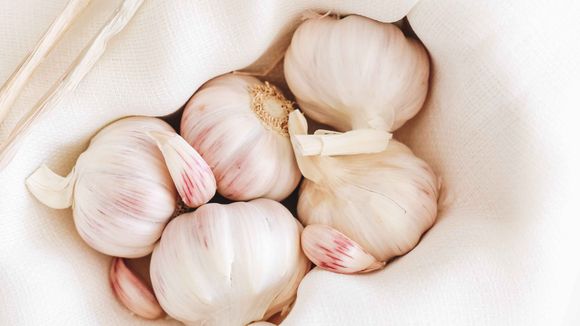 Garlic is a food that we know well and we use widely in culinary. Among its most important health benefits are immunosupporting and anti-cancer action, as well as its ability to help control blood pressure. Soon we will introduce you more of the great benefits of Allium Sativum - one of the oldest cultivated plants in the world.