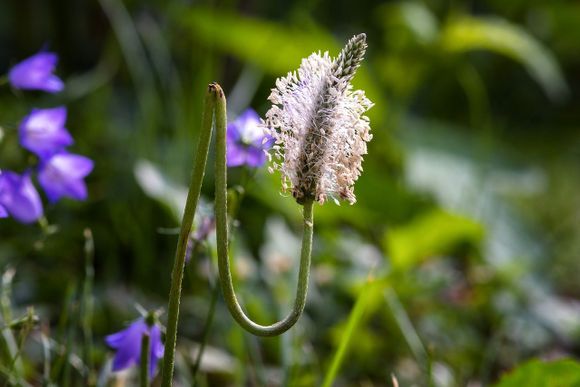 In this article you will find useful information about the healing properties of the broadleaf plantain according to the Iranian traditional medicine and modern science.

The broadleaf plantain (Plantago major) is best known for its ability to accelerate wound healing. It's also called white man's foot or greater plantain. The plant is widespread in Europe, Asia and America and is often found in gardens and other urban grasslands.

The plantain is not distinguished by bright colors or large size, but despite its modest appearance, it hides a great healing potential, which extends beyond the treatment of wounds.

Some of the properties attributed to it by folk medicine have been confirmed by recent research, including:

In this article you will learn more about the traditional use of plantain in Iranian traditional medicine, as well as the modern evidence of its healing properties. The information is taken from the article Plantago major in Traditional Persian Medicine and modern phytotherapy: a narrative review, 2018, Electronic physician [ref.1].

Plantain Use According to Iranian Folk Medicine

The use of plantain for the treatment of various diseases dates back thousands of years. The earliest known account of the plantain is in "De materia medica", which was written by the Greek pharmaco-botanist Dioscurid in the 1st century (40-90 A.D.). The book is an encyclopedia of herbal treatment and pharmacopoeia from around the world. 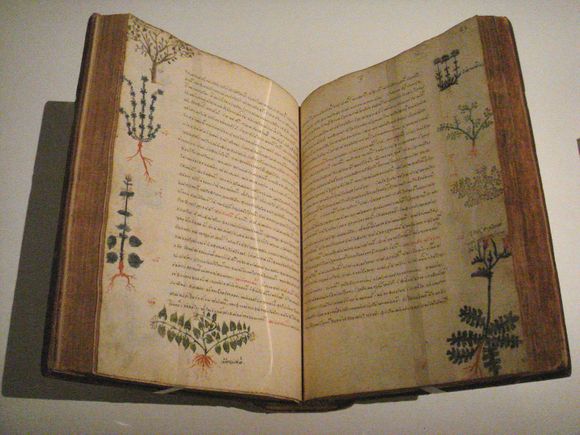 Many of these and other healing properties are also confirmed by modern medicine. You will learn about some of them in the following lines.

Broadleaf Plantain and The Immune System

In low concentrations, plantain possesses immunomodulatory activity, increases the number of lymphocytes and the secretion of interferon-γ, but at high concentrations this property can be suppressed.

Plantain tea can aid the immune system in leukemia and viral infections. [ref.2]

The seeds of plantain secrete mucus substances that have a laxative and protective effect for the mucous membrane of the stomach. Seeds are recommended for inflammatory bowel diseases, e.g. ulcerative colitis.

On the other hand, leaf extract reduces the mobility of the duodenum and has astringent effect. 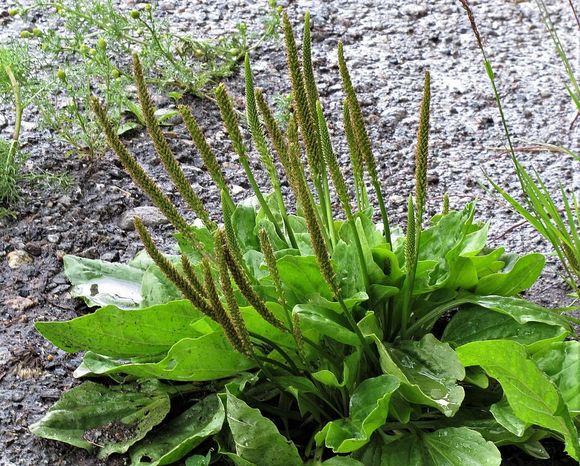 Broadleaf plantain contains substances that suppress the production of prostaglandins, the movement of white blood cells and the release of histamine, and this is relevant for the suppression of urticaria.

Antibacterial and Antiparasite Effects of Plantain

Some types of plantain extracts have shown an effect against the Giardia parasite.

Broadleaf plantain is traditionally used to heal wounds. With tissue damage, whether from bacteria, physical trauma, chemical, heat or any other phenomenon, the body reacts with an inflammatory response, which is by its very nature a protective reaction. Inflammation is manifested by redness, fever, edema and pain in the affected tissue.

Plantain contains polyphenols and in particular plantamajoside, which are considered the main significant compounds for wound healing. For this purpose, aqueous extract of plantain can be used. 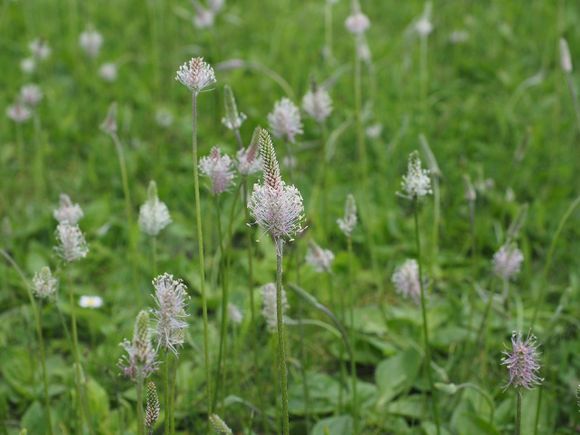 Various studies have shown that both spirit and water extracts of plantain possess the property to inhibit the growth of certain cancer cell lines: melanoma (skin cancer), adenocarcinoma of the breast and kidney. [ref.3]

According to one of the studies, the greatest potential to inhibit the growth of cancer cells have the seeds of broadleaf plantain, in particular on the following cancer cell lines: MCF-7, MDA-MB-231, HeLaS3, A549 and KB. They also suppress inflammatory cytokines tumornecortising factor-alpha (TNF-α), interleukin 1β and 6 (IL-1β, IL-6) and interferon-gamma (IFN-γ).

Extracts from the roots of the plant exhibit the same properties. However, the scientists who conducted this study offer the seeds of broadleaf plantain as a source of new drugs against oncological and inflammatory diseases. [ref.4]

What side effects can the intake of broadleaf plantain have?

In general, plantain is considered a safe herb, but an overdose can lead to anaphylaxis (suffocation due to an allergic reaction). In milder cases of side effects, vomiting, nausea, diarrhea, anorexia, bloating, hypersensitivity or dermatitis may be observed.

How is broadleaf plantain used?