Silymarin has been used as a healing agent since ancient times. How its healing properties are manifested in the organism and what they are, you can find out in this article.

Silymarin is an extract from the seeds of the milk thistle plant (Silybum marianum, lat.), and the biologically active ingredient in it is called silybin or silibinin. Milk thistle is found in the Mediterranean and is part of the Asteraceae family, which also includes sunflowers and daisies. The healing properties of the plant are described as early as 40-90 AD by Dioskorid – Greek doctor and botanist. The next recognition was received in 1597 by John Gerrard, who noted its calmative properties [ref. 1]. Over time, the benefits of silymarin have been increasingly proven and nowadays it is considered more of a drug than a dietary supplement. 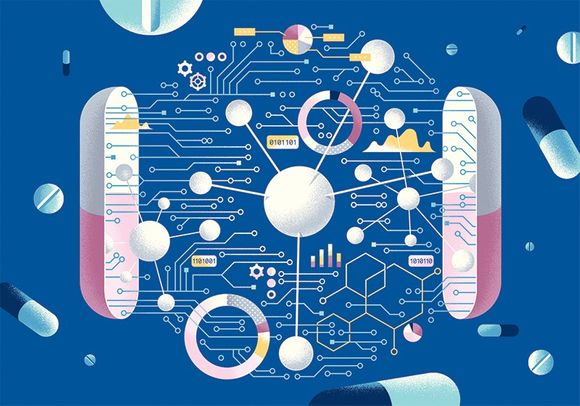 It is believed that the way silymarin manifests its healing properties is divided into four:

Benefits of taking silymarin in humans:

Although there are conflicting results in research, silymarin is recommended for liver diseases such as cirrhosis or hepatitis. In order to have an effective result of its intake, it is considered that it should be taken in earlier stages of the disease while the regenerative abilities of the liver are still good and the antioxidant properties of silymarin would be most useful. 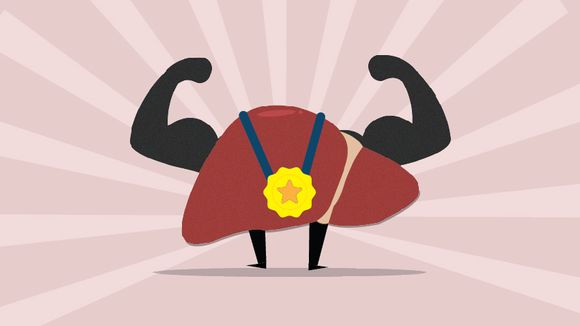 In hepatic fibrosis, the intake of the extract is recommended, because it is believed to hinder the transformation of myofibroblast cells into liver star cells. These cells replace the tissue with scar tissue rich in collagen, proteoglycans, and glycoproteins. When the balance between synthesis and degradation of these substances is disturbed, then a state of fibrosis occurs. Milk thistle extract helps to maintain this balance and liver health through its antioxidant and anti-inflammatory properties [ref. 3]. 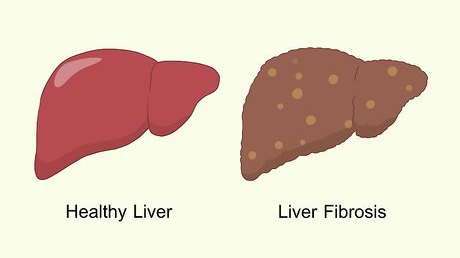 Less well-known is the use of silymarin to prevent and treat diabetes. One of the things that oxidative stress directly damages is the normal function of beta cells of the pancreas. These cells produce insulin, which is responsible for exporting glucose from the circulation to cells. When this function is impaired, blood sugar levels rise because there is no insulin to transport it. This could be a cause of diabetes. Due to the antioxidant properties of silymarin, the disease, if caused by that, can be avoided [ref. 4, 5]. 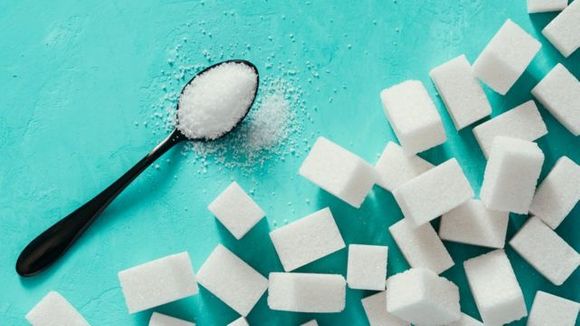 In type 2 diabetes, the body builds resistance to insulin. Scientific studies have shown that taking silymarin improves insulin resistance by stimulating lipolysis (fat degradation) and suppression of gluconeogenesis (a process in which substances that are not carbohydrates (sugars) are transformed to glucose) [ref. 6].

Silymarin extract is proven to be a worthy remedy for various cancers in many scientific studies, with the best results observed with a combined intake of silymarin with chemotherapy [ref. 7, 8].

One of the ways this herb helps is by suppressing the action of potentially toxic CYP-mediated reactions and potentiating the activity of substances called conjugates involved in the detoxifying processes of the body [ref.9]. An example of this action is a study done on rats treated with the chemotherapeutic drug doxorubicin, which has cardiotoxic properties. Doxorubicin stimulates the action of a group of enzymes called cytochrome P450 involved in CYP-mediated reactions. These enzymes lower the levels of cardioprotective molecules called epoxyeicosatrienoic acids or EET's [ref. 10]. Taking silymarin inhibits the action of cytochrome P450, which reduces the toxicity of the chemotherapeutic drug [ref. 9]. 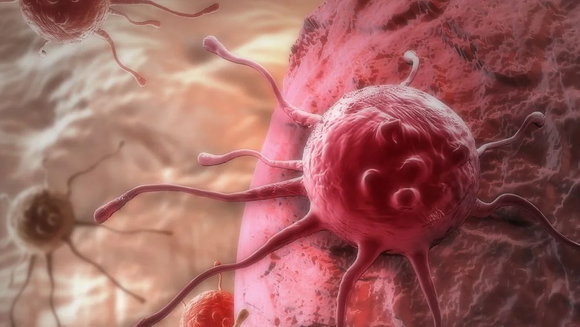 If you are a mushroom lover, you may have encountered the mushroom of the species Amanita phalloides, also called the "death cap", and in Bulgaria known as a green fly agaric. This mushroom is classified as one of the deadliest mushrooms in the world. The alpha-amanitin toxin it contains can lead to liver and kidney failure, and even death, if no action is taken quickly. Silibinin has been shown to prevent the absorption of the toxin by hepatocytes (liver cells) thereby protecting healthy cells. 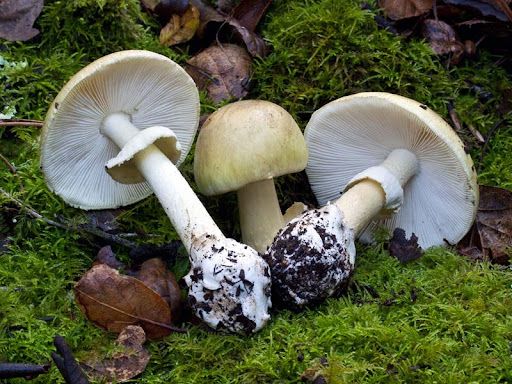 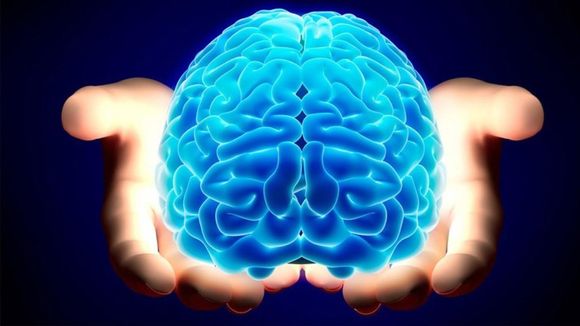 Over time, oxidative stress in the body increases. That's one reason our bodies get older. Alzheimer's is an adult disease, and one of the reasons considered leading to the onset of the disease is oxidative stress. Silymarin extract has been used to treat this disease since ancient times, although at the time there was probably no scientific evidence of its effect [ref. 11]. Nowadays, however, there are studies that have proven the beneficial properties of silymarin for brain health. It is believed that through its anti-inflammatory and antioxidant properties, the extract can protect neurons from oxidative stress [ref. 12] and reduce the formation of amyloid plaques in the brain [ref. 13, 14], the presence of which is a typical sign of Alzheimer's.

It is characteristic for menopausal women to develop osteoporosis disease, which is accompanied by progressive bone loss. When menopause occurs, estrogen levels decrease significantly. One of the functions of estrogen is to maintain the balance between bone formation and resorption. When its levels drop, the balance is disturbed and the bones become weaker and more brittle. If before menopause a woman's bones are weak, very often after menopause she develops osteoporosis. Silymarin has the potential to stimulate bone mineralization and delay over time, or even prevent osteoporosis in these women [ref. 15]. 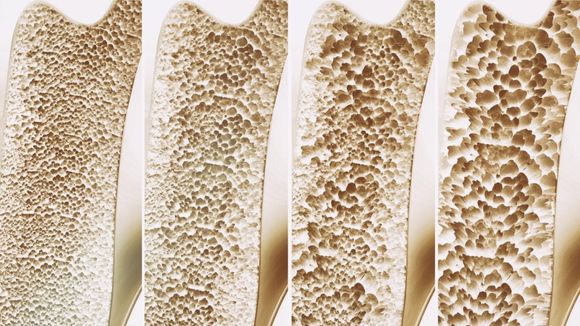 Due to its antioxidant and anti-inflammatory properties, it is believed that silymarin extract has positive properties in the treatment of acne [ref. 16].

There are few studies on the subject, but silymarin can have an effect on the production of breast milk in women [ref. 17].

In the same way, as in humans, the action of silibinin in sheep in poisoning has been documented. Known trouble for livestock is poisoning with larvae of sawfly. The toxin, lofirothamine, which causes poisoning, has a similar structure to that of the green fly agaric. Therefore, treatment with milk thistle extract has proven just as effective in detoxifying the organs of infected livestock [ref. 18]. 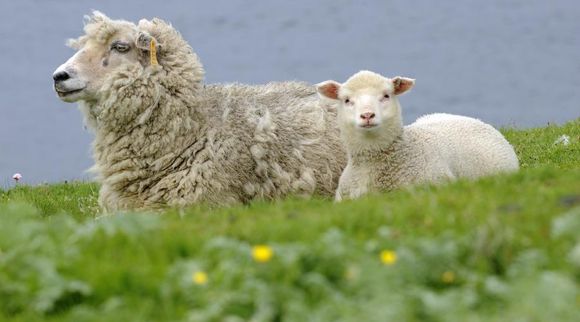 The addition of silymarin to broiler food reduces the toxicity of aflatoxin B1 (AFB1), which is common in the food of these animals. The toxin reduces hatching, hatching weight, growth rate, meat and egg production and the quality of meat and eggs. It has been noted that due to the intake of silymarin together with food, there is an improvement in these factors in broilers [ref. 19].

The benefit of silymarin was also noted in dogs, when given after taking metronidazole, which usually harms the liver [ref. 20].

At birth, the liver of cows begins to get fatty, a disease known as hepatic steatosis. In individuals with an advanced condition, this can lead to more serious health problems, as well as worsen milk production. It has been shown that when taking silymarin, the enzyme activity of the liver, as well as milk production improve in cows [ref.21, 22]. In another study, the herb, in combination with other herbs, was used as a substitute for an antibiotic in the diet of pigs. The results are shown by the appearance of the pigs and the meat – the livestock that took the herbs, developed the least fat around the organs and back, gave the most livestock and its meat was more tender and juicy than the meat of the other groups of pigs that did not take the herbs [ref.23].  These effects are most likely manifested by the fact that silymarin stimulates lipolysis and suppresses gluconeogenesis, as documented in some studies [ref.6]. 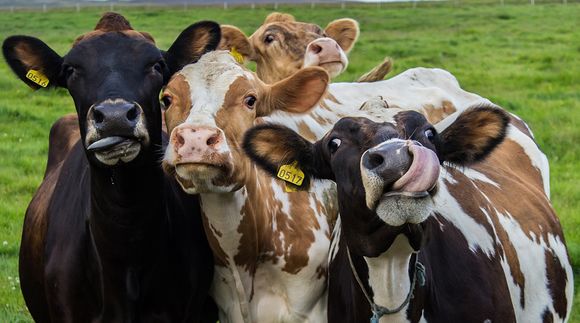 Nowadays people are starting to trust alternative medicine more and more and research in scientific circles about the healing properties of various herbs and plants is increasing. Silymarin is such a remedy that has many health benefits for both humans and animals. More research is needed to prove its effects and to establish its use in the pharmaceutical industry. 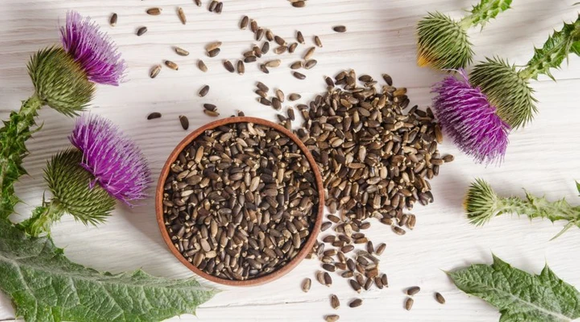