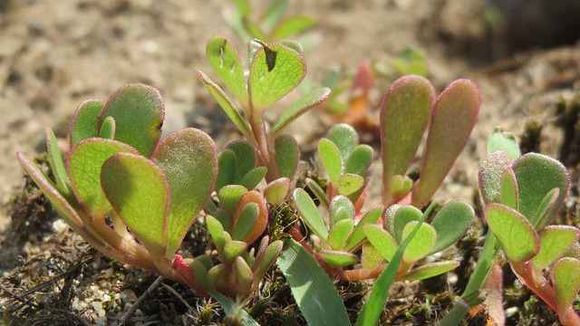 Purslane (Portulaca oleracea) – delicious "weed" with an abundance of nutrients

Purslane is best known as a weed in different parts of the world. However, purslane is edible and has a good nutritional profile. This plant is loaded with all sorts of nutrients, including omega-3 fatty acids and vitamins. How you can consume it and what useful substances it contains is very important information that you can obtain from this article.

What is Purslane (Portulaca Oleracea)

Portulaca oleracea is a one-year-old plant that belongs to the eponymous family of Portulacaceae [ [ref. 1] ] This juicy plant contains about 93% water. There are red stems and small green leaves. Its taste is slightly sour or salty, similar to spinach and watercress, but very fresh. In culinary it can be used as spinach and lettuce, for example in salads or sandwiches.

The purslane grows in many parts of the world, in a wide range of environments. It can grow in gardens and cracks on the sidewalks, but it can also adapt to harsh conditions. This includes drought, as well as very salty or nutrient-poor soil.

An interesting fact about the purslane is that it is high in many nutrients and is a source of alkaloids with anti-inflammatory action. In addition to antioxidants and omega fatty acids with cardioprotective action, a portion of 100 grams contains the following nutrients: [ [ref. 2] ]

You get all these nutrients for just 16 calories! This positioned the purslane as one of the best nutrient-rich foods on the planet, as is the blue-green algae spirulina. [ [ref. 3] ] 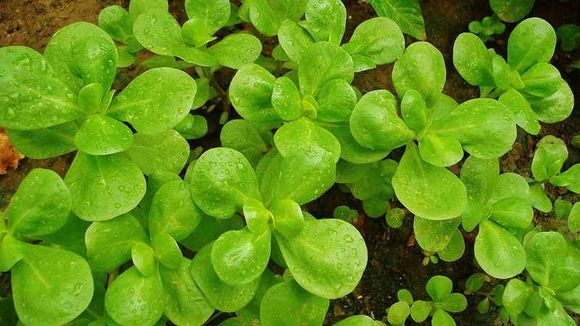 Omega-3 fatty acids are important fats that the body cannot produce, so we need to get them from the diet. While the purslane is low in total fat, much of the fat it contains is omega-3 fatty acids.

In fact, the plant contains two types of omega-3 fatty acids, ALA (alpha-linolenic acid) and EPA (eicosapentaenoic acid). ALA is found in many plants, but EPA is mostly found in animal products (such as oily fish) and algae. Compared to other plants, the purslane is extremely rich in ALA. Contains 5-7 times more alpha-linolenic acid than spinach. [ [ref. 4] ]

Portulaca Oleracea is rich in antioxidants

The purslane is rich in various antioxidants and beneficial plant compounds, for example:

The purslane has a high content of important minerals

Purslane  is also high in several important minerals. The plant is a good source of potassium - a mineral that helps regulate blood pressure as well as calcium, the most common mineral in the body that is key to bone and tooth health. Phosphorus and iron are also found in lower amounts in the purslane.

On the other hand, purslane also contains large amounts of oxalates. This can be a problem for people who tend to develop kidney stones, since oxalates can contribute to their formation. [ [ref. 8] ] It is important to clarify that oxalates also have antinutrient properties, which means they can interfere with the absorption of minerals such as calcium and magnesium. [ [ref. 9] ]

Recipe for salad with purslane

Although in some cultures it is considered as weed, the purslane is a very nutritious vegetable. Among the most valuable compounds we find antioxidants, minerals, omega-3 fatty acids and other beneficial plant compounds. Some studies show that the purslane can protect against oxidative damage due to its phenolic extracts, as well as showing anti-inflammatory effect through the alkaloids.

13 most powerful herbs for weight loss and detoxification