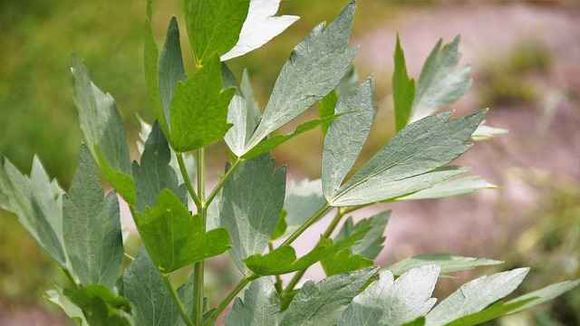 Levisticum officinale, or Lovage, is a perennial herbaceous plant of the parsley family (Apiaceae) originating in southern Europe. It is cultivated for its stems and leaves, which are used for herbal tea, such as vegetable and for flavoring foods, especially meat. Its rhizomes (underground stems) are used as a carminative agent, and its seeds - as a flavoring agent in sweet foods and liqueurs. Extremely diverse and interesting are the areas of action of Lovage, for which we prepared two articles and now you can read the second one.

A few words about Lovage

Lovage (Levisticum officinale Koch.) is a well-known aromatic plant that is often used to make dishes, flavors and medical preparations. Levisticum officinale, has a distinct earthy taste, similar to celery, but with scents of spices. This perennial herb has many uses – leaves, roots and seeds are edible – and can be used as an ingredient in soups, sauces and stews, as an accompaniment to fish dishes and to improve the taste of pickles. [ [ref. 1] ]

Above-ground parts are typically used as food, and in the past the roots were used in folk medicine because of their diuretic and antispasmodic properties. Therefore, the exploitation of this undervalued part of the plant can be a source of valuable bioactive compounds for the food and/or pharmaceutical industry, as well as for any fan of natural remedies. [ [ref. 2] ]

In the first part of the topic we explored the beneficial effect of lovage on the digestive system, for relieving arthritic pain, calming symptoms associated with colitis and others. We continue with a review of other studied positive effects in humans and animals provided by the perennial herb Levisticum officinale.

Research shows that lovage has a significant effect on various microbes and foreign agents that can cause disease in the body. Although research is still ongoing, studies have found positive links between taking lovage and reducing E. coli, Salmonella and other dangerous infections. [ [ref. 3] ] 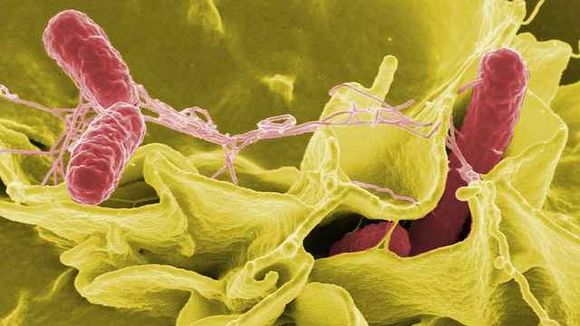 Many of the health benefits of lovage are associated with its anti-inflammatory and soothing nature, and the same applies to countering the effects of allergens. In addition, there are significant amounts of quercetin in the plant, which is a natural inhibitor of histamines. It can reduce the allergic reaction of your body, which is expressed with itching in the eyes, runny nose and other symptoms. [ [ref. 4] ]

Regular use of lovage can help maintain healthy joints. This is a great benefit for elderly people who usually have joint health problems.

Support for the pulmonary system

Levisticum officinale can help support lung function. This also means  improved function of other organs and systems that directly depend on the lungs.

Levisticum officinale has mild painkiller effect and can help relieve joint pain, abdominal cramps, possibly headaches and other types of pain. Research has shown that angelic acid is responsible for the mild analgesic properties of lovage, but other volatile compounds in its composition and even nutrients (such as magnesium with its antispasmodic effects) contribute to its analgesic benefits.   [Ref. 5]

Helping to urinate and support the kidneys

Levisticum officinale is an aquaretic or a type of diuretic that intensifies urination without leading to the loss of electrolytes. Increased urination clears the urinary system and calcified kidney stones, which perhaps helps prevent the formation of kidney stones.

Most plants produce natural chemicals to combat harmful organisms. While some plant chemicals - such as resveratrol - work independently, researchers have found that chemical compounds in lovage work together to create a very powerful effect against harmful organisms. Scientists have found that the extract of this plant is among the most potent, acting against gram-negative bacteria such as E. coli, Salmonella, H. pylori and H. influenza.  [Ref. 6] 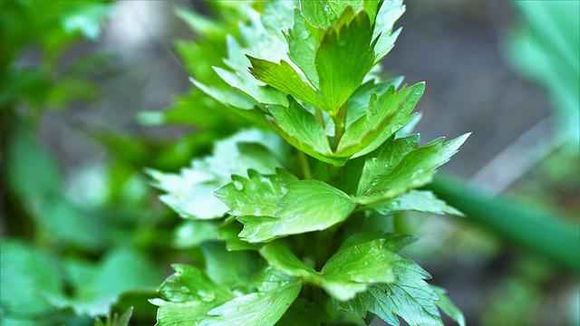 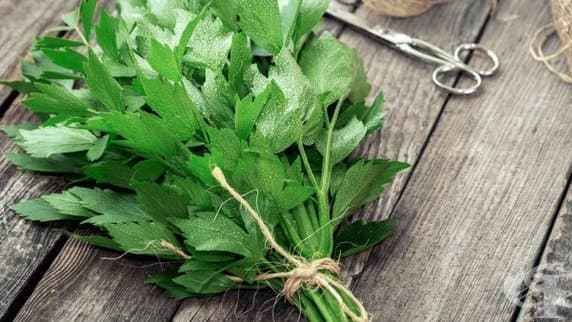 Before consuming or using Lovage

Recipe for soup with lovage 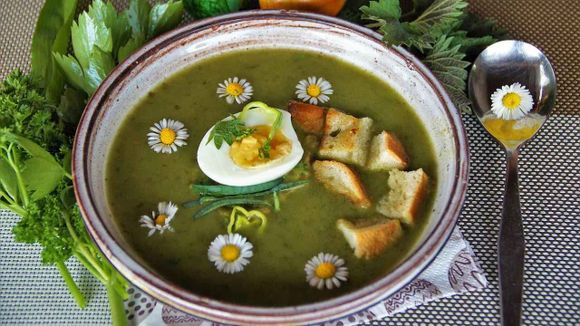 If you don't have contraindications or allergies diagnosed, then you can enjoy lovage in a delicious warm soup according to our recipe.

A unique medicinal herb, the lovage can be consumed as a fresh vegetable or used in cooking to improve taste and add nutrients to food. Its health benefits include improved urinary health, antibacterial properties, antiallergic and anti-inflammatory effect. Unless there is a reason to  avoid it, Levisticum officinale can be a very fresh and aromatic way for diversifying your culinary masterpieces, providing great health benefits.