Article on allergies, histamines and antihistamines. 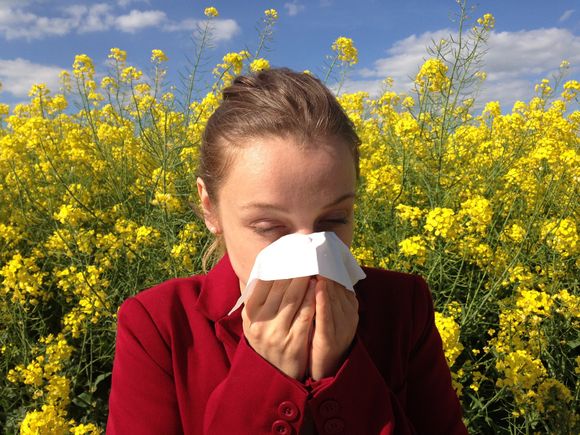 While allergies are often defined as the "epidemic of the 21st century", they are definitely not new to humanity. It is likely that under certain circumstances our immune systems have always reacted to simple stimuli, leading to the appearance of typical symptoms such as skin irritations, sneezing, runny nose, red and tearful eyes, shortness of breath, etc. Such reactions are found described in ancient documents from China, Rome, Egypt and Greece. And even if they have existed for a long time, our understanding of them is relatively new and still a very hot topic in research.

An allery is our body reaction to normally harmless substances such as pollen, dust, some foods, latex, insect stings, etc. These substances are perceived by our organism as "foreign" and are called allergens. Therefore, our body attempts to protect itself and fight off the alien invader by triggering a whole sequence of responses.

Allergens stimulate our body and it produces special IgG antibodies. They in turn bind to immune system cells that store a substance called histamine and give them a signal to release it. Histamine recognises receptors on the surface of cells in affected tissues and binds to them. This leads to an inflammatory process and an increase in blood flow.

What is the result? Let's say you have an allergy to pollen and spring has come. Your body recognizes pollen as a potentially dangerous foreign agent, and this is where histamine comes to the rescue. It causes the cells in the nose to produce more mucus, which results in increased secretions and nasal congestion. This can make you sneeze or irritate your throat and cause a cough. Here come the antihistamines - drugs that block the action of histamine and help us get rid of unpleasant symptoms. But for them a little later.

We have clarified what histamine is and how it causes all the unpleasant manifestations of allergies. But how did it come to his discovery and understanding of its physiological function?

As science develops in the 19th century, a series of experiments were also done by some scientists that laid the groundwork for scientific discoveries related to allergic reactions  [ref.1].

In 1902, two French scientists studying the action of certain substances known to cause serious reactions in humans showed that the first dose of injecting animals with them was harmless. On the other hand, a second dose of the same injection after a certain period of time leads to a very serious, often fatal reaction. This reaction they called anaphylaxis. Despite this serious progress, they believed that anaphylaxys is triggered by poisons.

It wasn't until 1904 that scientists realized that the substances that cause allergies were harmless before something made the body recognize them as foreign, and in 1906 the link between hay fever and pollen was found.

In the same period, the substance histamine was isolated for the first time. Over time, scientists have established many of its functions in different parts of the body, until they conclude that it is a normal part of our bodies. In addition, its role as a mediator of anaphylaxis (excessive reaction of the immune system to an allergen), as well as that in the secretion of gastric juice. All this leads to a growing interest in this compound and in-depth work in search of its antagonist - ostensibly another substance that has the opposite function. These antagonists are called antihistamines.

A brief history of antihistamines

The task of searching for antihistamines began to be carried out seriously at the Pasteur Institute in Paris by Daniel Beauvais, who later received the Nobel Prize for pioneering work in this field [ref.2].

Thus, the first antihistamine approved for human use reached the market in 1944. Although newer and newer antihistamines continue to be synthesized, the mechanism of action remains unknown for some time. This makes scientists wonder what is the effect of both histamine and antihistamines.

Since there are four histamine receptors found , which are located throughout our body and are associated with many physiological functions, it seems antihistamines also have many potential actions. Let's look at the different receptors and how antihistamines work.

The first open receptor is called H1. It is on it that the first antihistamines obtained have acted. Today we know that it is found in cells throughout our body and is involved in allergic reactions and inflammation.  Most instantaneous skin reactions such as itching, erythema, edema are associated with the action of this receptor, as well as sneezing, runny nose, cough . Therefore,these drugs are prescribed both for allergies and colds . H1 is also detected in the brain and it is known that its has stimulating and arousing action there. This also explains the side effects of the first generation of antihistamines that target those receptors and can reach the brain. As a results patients experience drowsiness. That is why the same active ingredient is also sold as a sleeping drug.

A second generation of antihistamines, such as loratadine, also targets H1 but cannot reach the brain and is therefore sold as a cure for allergic reactions, but without the side effect of drowsiness. Another second-generation drug is famotidine. It is already targeting the next histamine receptor - H2. Activation of this receptor leads to stimulation of the secretion of gastric acid and mucus in the respiratory tract [ref.3] . Since antihistamines against it block these functions, they are also used for the treatment of gastritis and acids.

The latest discovered receptors are H3 and H4. H3 is found in abundance in nerve cells in the brain. It is important for maintaining energy metabolism, cognitive abilities, sleep, etc. H3 antagonists are used to treat obesity, insomnia, improve cognitive abilities. H4 in turn is found mainly in cells of the immune system, but also in the spleen, mucous membrane of the small intestine, lungs, central nervous system, etc. This type of receptor is involved in complex reactions of the immune system and inflammation. Antihistamines against it are potentially a new treatment for asthma and various allergies.

In conclusion, we can say that research in the field of histamines and antihistamines is still very relevant and there is a huge scope for development. The more we understand about the functions of different receptors and the connections between them, the more opportunities are opened up.