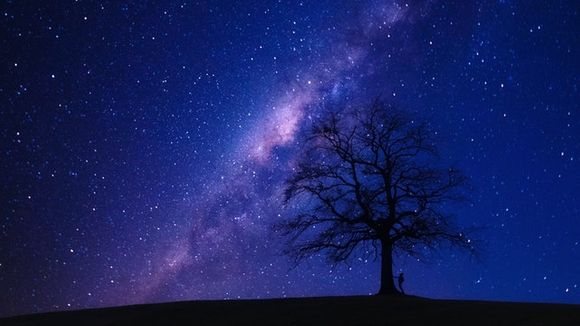 The birth of the Earth and the emergence of life

There are numerous hypotheses about the birth of the world and the emergence of life. There are certainly people who have their own understanding of how all this happened, but who are we to judge. Otherwise, on the most basic level, the known, most common hypotheses are subject to two groups of ideas.

There are numerous hypotheses about the birth of the world and the emergence of life. There are certainly people who have their own understanding of how all this happened, but who are we to judge. Otherwise, on the most basic level, the known, most common hypotheses are subject to two groups of ideas:

Life was born when matter and intellect merged - it is about the hypothesis that the creation of life is the work of a higher mind,whether it be aliens,a particular religion or individual deities.

These two"formulas"are of Academician A.I. Oparin [ref.1], who, inspired by Darwin's evolutionarytheory, seeks to unravel and explain theorigin of life using the laws of chemistry and physics.

The primary broth of Academicoprine 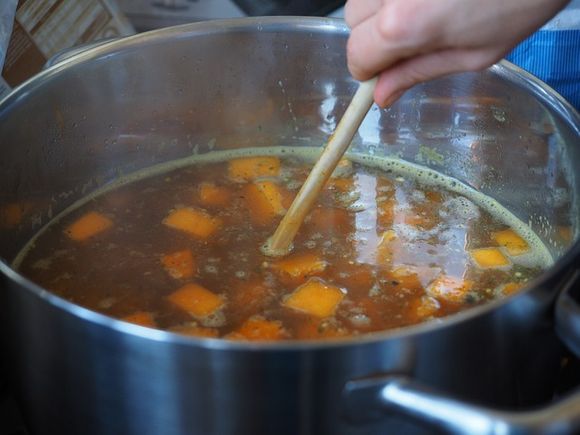 The Birth of the Earth 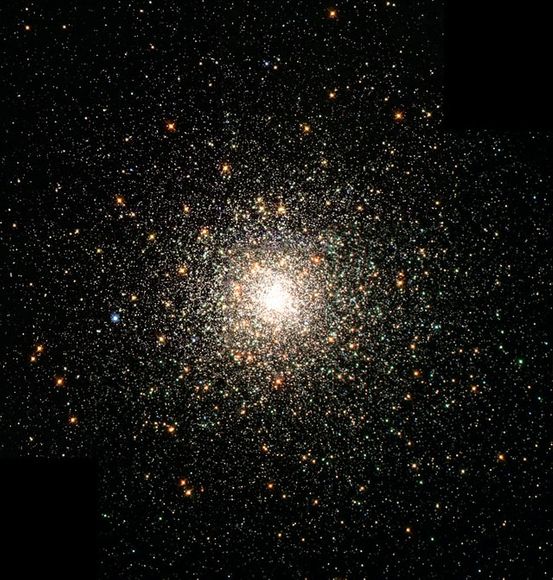 Nearly 4.6 billion years ago, a huge cloud of gas and dust (shapeless mass) swirled in the Milky Way galaxy. At the same time,theheavier elements have begun to squirm relatively closer to the Sun. , which we know, including and the Earth. Thus formed, they gradually began to pull (as far as they could) the light elements that had not yet reached the periphery of the disk and thus formed the outer layers of their emerging planets.

Or in short: The earth was born of the dust and dirt that swirled around the Sun [ref. 3].

The emergence of life in three stages 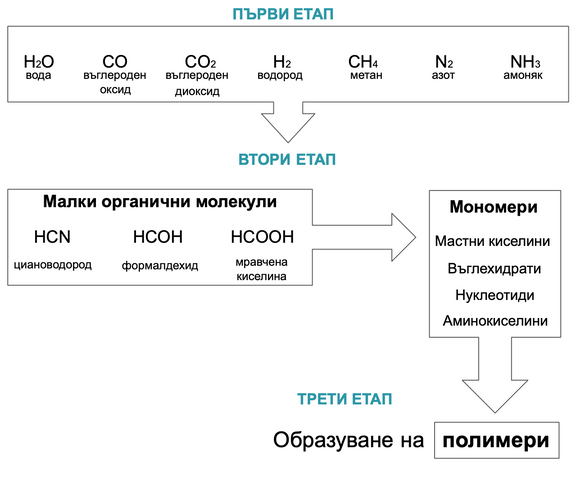 Although we are increasingly hearing about ULO (aliens and the like), most often for the moment scientists explain that for the emergence of life we need to go through three stages.

Stage one: Formation of an atmosphere of gases 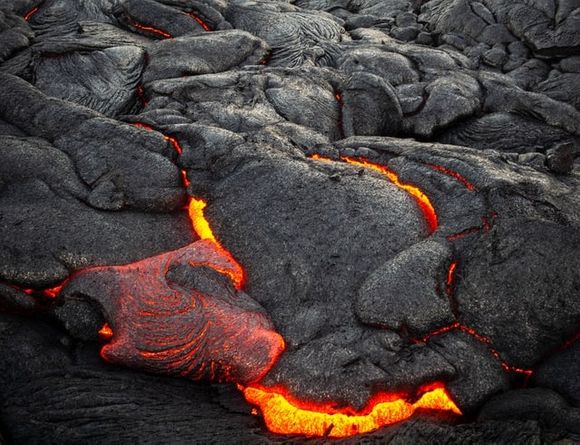 Let's imagine the Earth as a ball with a hot surface (not as hot as the Sun, of course). Young volcanoes alongside lava have "spit" and water in the form of steam, steam has condensed and fallen in the form of rain. So gradually the surface got cold. On average, its temperature was about 25 C. When the rain fell on the cooler areas, shallow reservoirs beganto form. Organic molecules are compounds in the structure of which a key element is carbon.

Pay attention to the compounds in the table:

These are 7 compoundsmade up of only 4 elements: 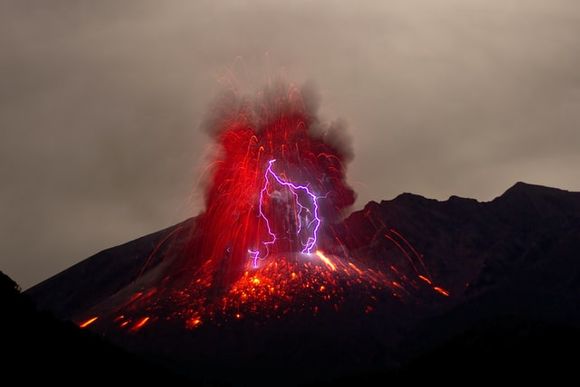 We must not forget that at this point the Earth is subjected to the aggressive ultraviolet radiation of the Sun. Electrical voltage on the Earth's surface and clouds of gas differ greatly; adding high radioactivity, active volcanoes, crashing meteorites, the situation is starting to look scary. But these were actually great prerequisites for the formation of different new molecules.

In the shallow reservoirs (or deep cloudy puddles) of the compounds we mentioned in the first stage, new small molecules (monomers) were formed:

And from them then the amino acids , fattyacids, carbohydrates and nucleotides were obtained, naturally from exactly the sameelements. 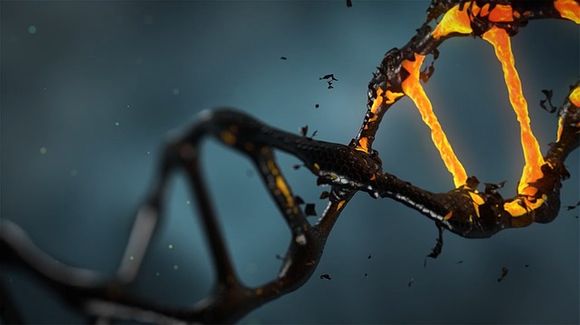 At this stage, the small compounds (monomers)we have observed so farbind to each other and form larger and longer molecules (the so-called " polymers):

Four billion years ago, we can't talk about proteins yet, We can only imagine some degree of chaotic accumulation of organic molecules in certain areas of the Earth. protobionts. Scientists naturally also have a hypothesis about exactly how protobionts originated. Disputes are mainly related to how and how many organic compounds were needed for this unit to appear, did it spontaneously happen or again gradually [ref. 4].