How to identify the ulcer of the stomach - causes, symptoms and treatment

Burning pain in the stomach area, nausea, lack of appetite and premature feeling that we have eaten - these are some of the symptoms by which we can recognise the peptic ulcer of the stomach. If a close relative of ours has suffered from this disease, the risk of it happening to us is greater. 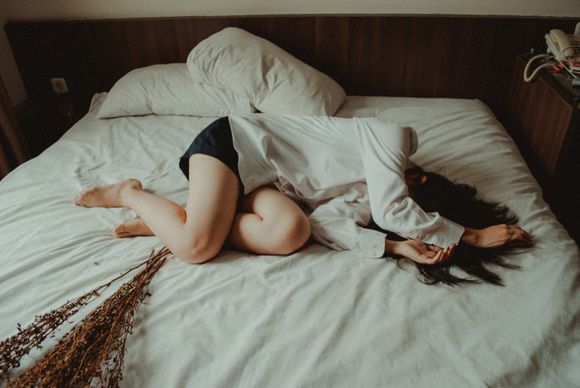 Burning pain in the stomach area, nausea, lack of appetite and premature feeling that we have eaten - these are some of the symptoms on which we can recognize the peptic ulcer of the stomach. If a close relative of ours has suffered from this disease, the risk of it happening to us is greater.

What are the causes of the appearance of an ulcer in the stomach or duodenum, symptoms, research and treatment, as well as tips for the prevention of this unpleasant condition, we will consider in the following rows.

Ulcerative disease - what is it

When for some reason the amount of acid rises or vice versa - the amount of mucus decreases - an ulcer can occur. Ulcerative disease is a lesion (wound) inside the stomach. It can also occur in the next department of our digestive system - the duodenum, also called the duodenum, which connects the stomach to the small intestine.

Another cause of ulceration is the intake of specific drugs, including nonsteroidal anti-inflammatory drugs [ref. 3], such as aspirin, ibuprofen, ketoprofen, as well as their combination with anti-clotting drugs (anticoagulants), steroids, selective serotonin reuptake inhibitors (SSRI). These drugs can cause irritation and inflammation of the mucous membrane and significantly increase the risk of getting ulceration.

Of course, there are well-known factors that favor the development of the disease, but do not cause it on their own. For them to have any influence, the prerequisites must be met.

Such risk factors are:

Symptoms of the ulcerative disease

Approximately three-quarters of people who have peptic ulcer disease Among the others, the most characteristic is the burning pain behind the sternum.

One of the signs that we may have ulcerative disease is the accumulation of gases in the stomach, the frequent need to release them without drinking fizzy, as well as feeling full when we realize that we have eaten very little.

The presence of an ulcer can also lead to nausea, especially in the morning and even vomiting.

Another symptom of the bleeding ulcer, which requires an immediate visit to the doctor, is the appearance of blood in the stool. They can be black in color due to the breakdown of blood in the digestive system. Some drugs also lead to a black color of the stool (in this case, the color is not due to hemorrhage) and it is good to first check wether we are not accidentally taking such a drug at the moment.

Possible complications of the peptic ulcer

As mentioned, one of the complications is the appearance of a bleeding ulcer.

Due to edema in the mucous membrane, the presence of ulcer can lead to obstruction - inability of food to pass normally through the digestive system. This leads to the premature feeling og having eaten enough, vomiting and weight loss.

Another very dangerous complication is the perforation of the gastric wall (or that of the duodenum) - this literally means that a hole is formed from the inside of the digestive tract to the abdominal cavity, which creates a great risk of severe infection of the cavity called peritonitis [ref. 9].

Which of the symptoms appear, a visit to a gastroenterologist would clarify the exact causes, the diagnosis and give the right approach to treating the ulcer. Since each case is individual, without the help of a specialist, the probability of harm is high. Gastric or duodenal ulcer is a serious condition that requires proper therapy.

There are several main methods for the diagnosis [ref. 10] of peptic ulcer.

Since the main causative agent is bacterial, some of the studies are intended to detect the presence or absence of Helicobacter pilori [ref. 11]. The blood test and fecal sample are used in practice, but the most accurate is the respiratory test. Inhaling a minimal ammount of radioactive carbon dioxide shows with great accuracy whether there are Helicobacter pilori in our stomach - if the bacterium is located in our stomach, it breaks down the ingested substance, and soon after we exhale the evidence. It is important that antacids are not taken for a certain period of time before the study, as this can lead to a false negative result.

Another diagnostic method is ingestion of barium porridge and x-ray monitoring. Porridge is a white liquid that covers the upper parts of our digestive tract (esophagus, stomach, small intestine) and allows the ulcer to be noticed if it is there.

In older people, bleeding, weight loss or difficulty swallowing, the doctor will most likely recommend a gastroscopy [ref. 12]. This is an endoscopic examination in which a thin tube of lenses is inserted through the mouth under anesthesia, allowing the doctor to take a good look at the mucous membrane for the presence of ulcerative lesions.

The elimination of bacterial infection is carried out by taking antibiotics [ref. 13], usually using levofloxacin, clarithromycin, amoxicillin, tetracycline and others.

To help strengthen the affected site, substances that block or suppress the formation of gastric acid, such as proton pump inhibitors (their long-term use can lead to fractures of some bones) or histamine blockers are used.

For pain relief, some doctors also prescribe antacids, but they do not treat the ulcer on their own.

Substances that have a protective effect [ref. 14] for mucosal cells may also be used as a complementary agent.

Sometimes the ulcer seems to fail to heal and is impervious to the prescribed treatment. This may be due to antibiotic-resistant Helicobacter, irregular or improper intake of drugs, smoking, or if we continue to drink nonsteroidal anti-inflammatory drugs.

In very rare cases, the cause can be Crohn's disease, an ulcer caused by another bacterium, stomach cancer or other exotic conditions. 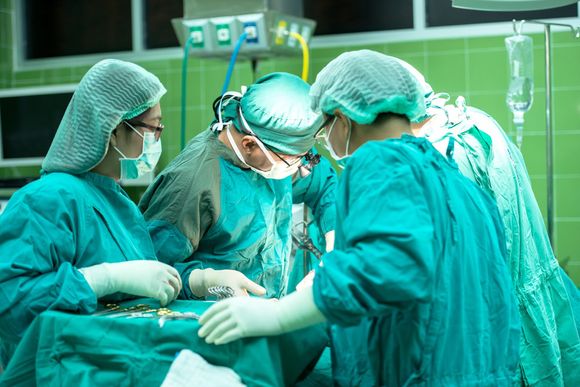 Tips for improving the quality of life when suffering from ulcers

In addition to medical treatment, a healthy lifestyle will also help our healing. Here are some tips for improving quality of life when suffering from ulcers:

Following these simple rules in combination with proper medication would lead to the complete healing of the majority of cases of ulcers. Of course, it is of utmost importance not to neglect either the symptoms or our appointed therapy - early diagnosis significantly increases our chances of a full life.