Wormwood - The Bitter Remedy By Nature

Despite its bitter taste, wormwood has been attracting our attention for centuries. Shrouded in myths and legends, wormwood has proven scientific benefits for human health. 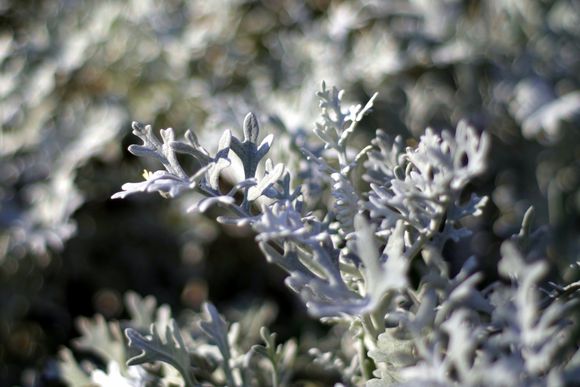 Since the past, wormwood has had widespread use - from a medicinal plant for digestive problems and lack of appetite to a means of repelling demons and make love spells. Today, the use of Artemisia as an herb continues, discovering new healing effects of its use.

When a product has a distinctly bitter taste, we often use the comparison "bitter as wormwood". Wormwood does have a specific bitter taste, but it, contrary to expectations, attracts people's attention and inspires the French doctor Pierre Ordina to create a well-known alcoholic beverage - absinthe.

It is distributed in Europe, America, North Africa, North Asia and Europe. Wormwood is a herbaceous perennial plant of the family Compositae. The above-ground part of the herb (wormwood stalk) is used, which includes the leaves, part of the inflorescences and the stem.

An important distinguishing feature of this type of wormwood are the leaves. They are covered on both sides with silvery-white hairs, unlike the leaves of wild wormwood (Artemisia vulgaris), which are dark green above and white below.

One Herb With Many Applications

The fact that wormwood can be poisonous in large quantities does not prevent its widespread use:

This seemingly contradictory claim about the wormwood is true, and the property of the herb to boost appetite has been used since ancient times.

Wormwood also has other beneficial effects on the digestive system - it is used for bloating, gastritis, inflammation of the gallbladder.

A study has shown that common wormwood has a beneficial effect in patients with Crohn's disease - a severe chronic inflammation of the intestines. This is due to the fact that the herb extract suppresses tumor necrosis factor alpha, which is key in this disease. [ref.1]

It has been proven that aqueous extract of ordinary wormwood has hepatoprotective activity (protects the liver from damage). This is due to the antioxidant properties of the herb. [ref.2] 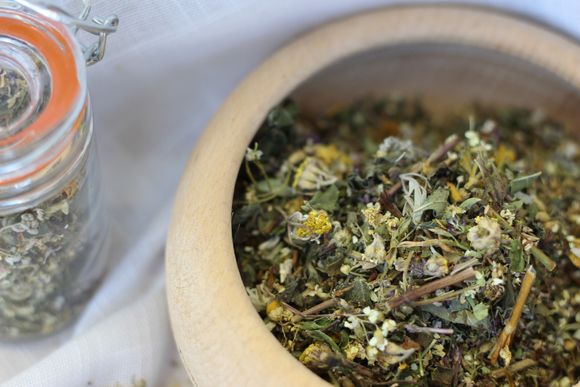 Essential oils are the main group of biologically active substances (up to 2%) in wormwood - mainly thujole and thujone. These substances have beneficial properties for the body, but at very high concentrations are toxic.

Thujone is a ketone (from the group of bicyclic terpenes), which can lead to dose-dependent tonic-clonic (large, whole-body) seizures - a manifestation of a neurotoxic effect when the thujone concentration threshold is exceeded.

The excitatory action of the thujone on the central nervous system (CNS) is associated with the mechanism of action of the substance - it blocks gamma-aminobutyric acid, which is a neurotransmitter suppressing the CNS [ref.3].

A study has been carried out to prove that wormwood has a neuroprotective effect when applied in the permissible concentration. The experimental setting in rats aims to investigate the potential protective effect of wormwood under cerebral oxidative stress using methanol extract from the plant. [ref.4]

The antioxidant action (the ability to defuse free radicals) of Artemisia absinthium is due to chamazulene - a biologically active substance from the group of essential oils.

Read more in the article What are free radicals and antioxidants

Wormwood contains caffeoylquinic acids, which are due to its antimicrobial activity against some pathogenic bacteria (Gram-positive). These acids block the so-called. efflux pump, which is one of the mechanisms of resistance in bacteria. The discovery of the antimicrobial action of wormwood is very important for the treatment of some bacterial diseases, because the problem of antibiotic resistance of bacteria is becoming more serious. [ref.5]

Artemisia absinthium is an herb with anti-inflammatory and analgesic effect. It is used externally in the form of osteoarthritis to reduce pain and inflammation. A four-week study has been done involving 90 patients with osteoarthritis. They applied an ointment with 3% wormwood content 3 times a day. This reduced pain and aided physical activity.  [ref.6]

Wormwood also contains sesquiterpenic lactans (mainly absintine and anabsyntine), which are biologically active substances that give the bitter taste of the plant. The herb also contains flavonoids, thanins, vitamin C, vitamin B6.

Due to the high content of essential oils in the wormwood, oil is obtained from it by distillation with water vapor. Wormwood oil has a dark green color and very bitter taste. 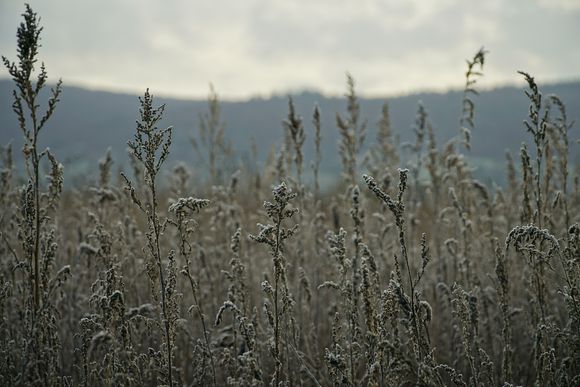 Safety And Use Of Wormwood

Wormwood is well tolerable by the body when used for therapeutic purposes in acceptable concentrations. The most important thing to know is that the herb contains the substances thujone and thujole, which at a higher concentration are neurotoxic. Therefore, wormwood should be used with caution. Due to the effects on the central nervous system and the danger of seizures, wormwood should not be used by epileptics.

Read more in the article Epilepsy: which medicinal plants were used in Ancient Persia.

The herb can have a toxic effect on the kidneys, therefore patients with renal insufficiency should not use it. [ref.7]

Read more in the article Kidney stones - which herbs interfere with their formation and how to eat.

It should also not be taken by children, pregnant and breastfeeding women.

Wormwood can lead to a severe allergic reaction, therefore people who have an allergy to other plants of the Asteraceae family should also avoid wormwood.

The herb can be used externally and internally, it is available in the form of teas, extracts, tincture, lotions. It is important to note that wormwood is not applied directly to the skin, because it can burn it, but is included in various dosage forms (ointments and lotions).

Myths And Legends About Wormwood

The herb is shrouded in a lot of mystery, and different legends are spread about it over the centuries:

Absinthe - The Drink Of Emerald Color

When it comes to wormwood, we can not help but mention that it is an essential component of the alcoholic drink absinthe, which is prepared from the leaves and flowers of the plant. With its green color, absinthe is very attractive and has been a favorite drink of French writers and actors. 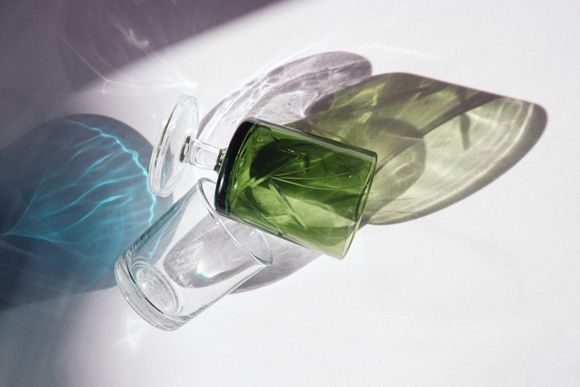 With an increase in the use of absinthe, conflicting opinions about it appeared - it was believed to lead to addiction and hallucinations, was banned in the US and in some European countries, even a special term was invented - absintheism.

Today, this interesting drink is available for consumption, and its use is associated with a whole serving ritual:

The absinthe is poured into a well-chilled glass on which a slotted spoon is placed. A lump of sugar is placed in the spoon and water is passed through it in drops in order to obtain a drink with better qualities. The absinthe: water ratio is 1:5.

White wormwood has also been used in the production of beer - its bitter taste makes it a good substitute for hops, and has also been present in recipes for making the French aperitif Amaro, vermouth, wine.

Besides Bitter, There Is Also Sweet Wormwood

Artemisia annua, known as sweet wormwood, sweet annie, sweet sagewort, annual mugwort or annual wormwood, also has healing properties. It is native to Asia, but is now found in Europe and in North America. The plant is not covered with lint, the stem is straight, and the leaves are strongly cut and have a specific smell. Flowers are small and green-yellow, seeds are brown.

The most important substance in the plant is artemisin, which has antimalarial properties. The content of this substance is highest in the above ground part - in the leaves, flowers and stem of the wormwood. The collection of the herb is carried out during flowering, because then the amount of artemisin is greatest. Transport is an important process in which certain conditions must be observed - the temperature should not exceed 40°C, because artemisin is volatile.

Read more in the article Extract of one-year wormwood (Artemisia annua) will be tested for activity against COVID-19.

The annual wormwood is used as an antitumor agent for treatment and prevention. This effect is again due to artemisinin, which blocks the cell cycle, causes apoptosis (programmed cell death), inhibits angiogenesis (the formation of new blood vessels), disrupts the migration of cancer cells. [ref.8]

It has been shown that the combination of flavonoids and artemisinin in sweet wormwood leads to an increase in antimalarium and antitumor action, that is, substances of two groups have a synergistic effect. [ref.9]

In conclusion, we can say that both types of wormwood are of interest and there are certainly more new healing properties that possess and have yet to be discovered and proven.