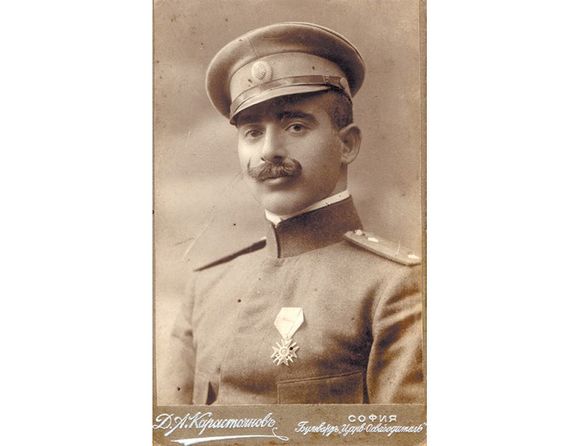 "The greatest power is thought. Whatever we think, we build from invisible matter something that draws strength to ourselves to help or harm us, according to the nature of our thoughts."

"The greatest power is thought. Whatever we think, we build from invisible matter something that draws strength to ourselves to help or harm us, according to the nature of our thoughts. Therefore, the first step is to manage our thoughts through our reasoning. And the second step requires us to develop a habit of positive thinking. There is no doctor who can eliminate the diseases of the body and soul, for they are eliminated by joyful thought."

These are very wise and insightful words uttered by the infamous Peter Dimkov the Healer [ref.1]. It would be very nice if a man like him could be among us in the midst of a severe pandemic of COVID-19, against which all branches of medicine join forces altogether.

Petar Dimkov owns the nickname "The Healer". He has left us an incredible wealth in the form of thousands of recipes for a variety of health problems and valuable life lessons for faith, empathy and acceptance of higher thought. He has drawn inspiration from his mother Ekaterina Dimkova, who has long sought and recorded folk recipes for treatment and passed on the covenant to her son.

What is the story of Petar Dimkov, what his daughter reveals about him and the books he left us, we will share with you in today's article.

Born in 1886, in the family of a priest and herbalist, Dimkov from a young age was brought up in patriotism and respect for the great mother Nature. At just 20 years old, he was appointed lieutenant in the Dragoman Regiment in the Caribrod.

In 1899 he went to St. Petersburg (Russia), together with his older brother Dimitar, to study with a scholarship in the military academy. At the same time he attended lectures at the medical university, completed a course in homeopathy and also showed interest in lectures in traditional Tibetan medicine. During his studies, Dimkov read the books of Dr. Ignatz von Peczely, the father of iridology, which will later become the preferred diagnostic method for Dimkov.

Petar Dimkov was also a participant in three wars - the Balkan, Second Balkan and First World Wars, and was repeatedly wounded. During his service in the army, he was awarded all the medals of valor that were once awarded in Bulgaria. As an acting officer in Karlovo in 1933, he rescued Levski's home and prevented it from destruction.

How does he get the nickname "The Healer"

Even in his childhood he was attracted to the healing power of herbs, following the family traditions and guidelines of his mother Ekaterina. In his book "Bulgarian Folk Medicine. Volume 1" Dimkov shares:

In 1900, when I was 14-years old, she handed me her notebooks with advice to continue searching for and recording the methods and means by which our people had been treated over the centuries. That's what I've been doing for 75 years.'

In 1936, due to his Republican beliefs and though character, Dimkov retired early from the army. Years of misery followed for his family. His friend, an immigrant to the United States, offered him a home in America. However, the proud Bulgarian firmly refused because of his belief that "our people are great and the land is amazing".

In these years of poverty and hopelessness, Dimkov outlined a new path for himself - the herbal treatment. [ref.2]

Dimkov traveled tirelessly in the country and abroad. He met Peter Deunov and became his ardent follower and disciple. Dimkov then started practicing traditional medicine, iridology and herbal treatment (phytotherapy). Besides all this, the Healer is a great supporter of the ideas of vegetarianism and life according to the laws of nature and space.

About this side of him we are being told later by his daughter in an interview with Portal 12 - Dimkov and his entire family lived according to the canons of Christianity even in the troubled communist years and did not spare his powers to see everyone. Although the visits severely exhausted him, both mentally and physically, this did not in any way stop him from fulfilling the mission to which he devoted himself. Namely - to treat people according to folk medicine. The main principles Dimkov derives from it and observes in his treatment sessions with the people he treats tirelessly are: 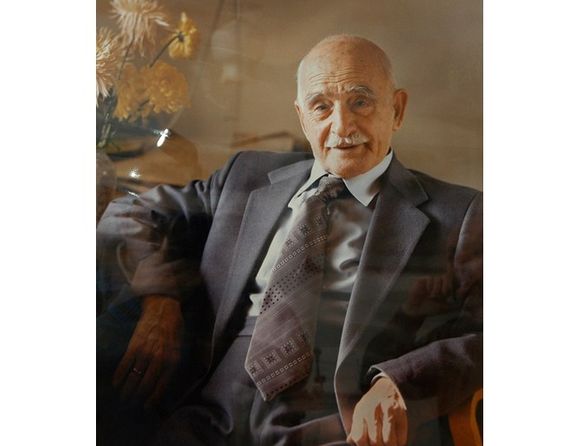 The recipes of Petar Dimkov

No disease that cannot be cured is the Healer's only rule. And perhaps his unshakable faith is rooted in the healing power of his rule. And morale, according to Dimkov, is the only guarantee of good health. He adds: "Illness is the result of lying. Breaking the law of truth leads to illness. The truth brings health. It revives, renews, rejuvenates."

At the basics of folk medicine, which Peter Dimkov practiced, are the recipes for various health problems. In his books you will find recipes for the most trivial things like the cold and the flu, as well as for various problems such as muscle spasms, curvature of the spine, acute rheumatism, stuttering and pelting, headache, meningitis, reproductive problems, paralysis of limbs and many more.

Those recipes have helped thousands of people to heal, and at a later stage numerous scientific works establish the effectiveness of the natural means used by the Healer. This is yet another proof that phytotherapy in particular and folk medicine in general can help with a wide range of health problems and more importantly: science supports their usefulness.

Diving into the world of Dimkov's recipes, we find an inexhaustible source of knowledge, which is applied not only to the treatment of the sick organ, but also to achieve a general strengthening effect on the whole organism.

Some of his most famous recipe books are:

In 1944, the published "Handbook of Natural Healing and Living" by Petar Dimkov was included in the list of books banned in Bulgaria, and almost all of its specimens were destroyed. At the same time, the authorities officially forbid him from treatment. Dimkov, however, continues to do so, of course - secretly and in the following decades he saved hundreds of lives. After 1989 and the end of political censorship, Petar Dimkov's books and writings became very popular again, and people began to look for his knowledge and healing skills. 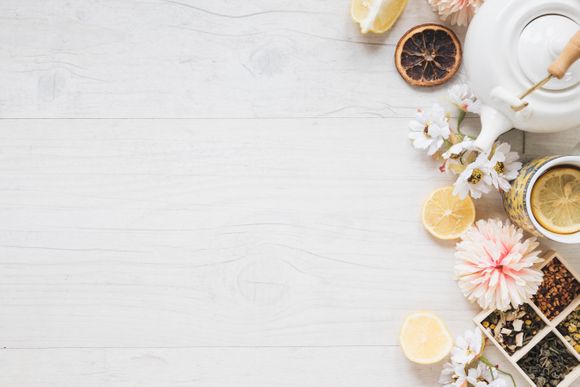 Through phytotherapy - treatment with herbs, the Healer discovers and applies his own unique combinations of herbs, to which one should treat with particular care. There are some golden rules that the Healer hands over to us regarding the collection, preservation and preparation of medicinal herbs in order to have the best preserved qualities and useful effect:

Here are these herbs and their applications in the folk medicine of Petar Dimkov:

There are six more amazing golden herbs, which we will present to you in the second part of this topic. Now enjoy the majesty and beauty of St. John's Wort. 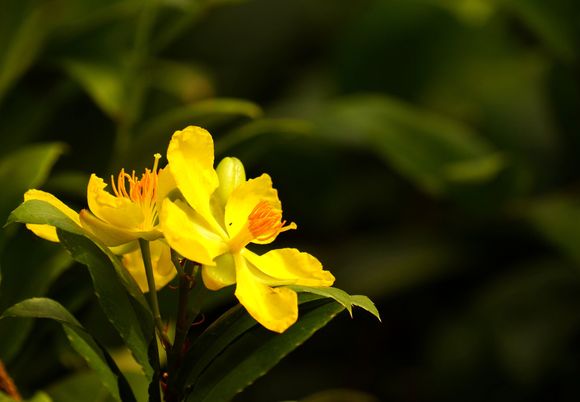 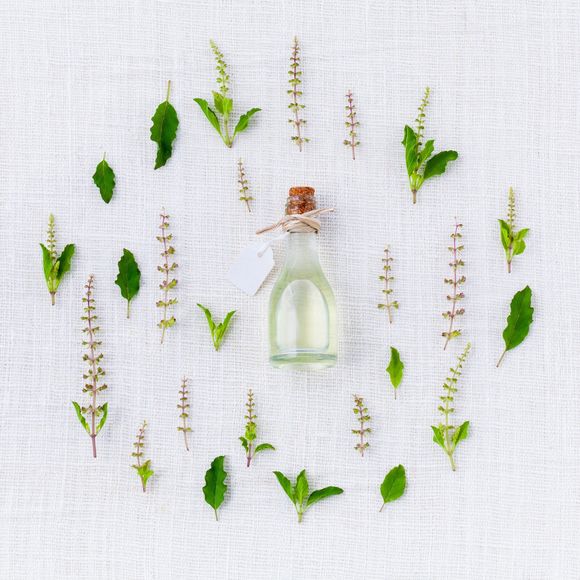 A measure of every meal and positive thinking on every issue. Cultivating kindness and preserving positive thoughts and actions. Faith in the natural healing and recovery of the body. Faith in the gifts of nature and medicinal herbs. Release anxiety and life without stress. Instead, a life of understanding and helping our neighbour - a legacy that Peter Dimkov left for all of us and we will always remember and pay it forward.