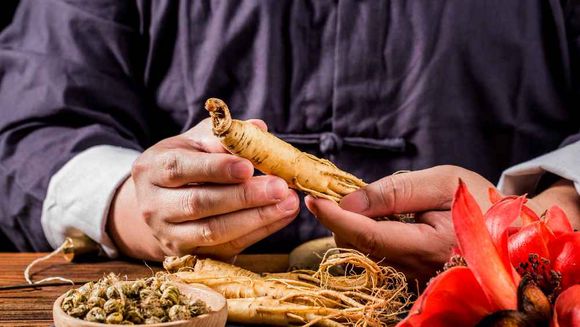 Traditional Chinese medicine is an incredibly complex system that is designed to help balance health. Its focus is on the consumption of foods that keep the body's mechanisms under control. At the heart of this traditional medicine find place ingredients such as herbs, fruits and pulses that have great scientifically proven health benefits.

Originating in China a few millennia ago, traditional Chinese medicine is based on the theory that the disease is the result of the imbalance of life force (Chi/Qi) in the body. This energy according to traditional Chinese medicine is restored by balancing the opposite forces of yin and yang, which manifest themselves in the body as cold and heat, internally and externally, and deficiency and excess. Various practices are used to preserve and restore Chi and thus health, as well as meditation, medicinal herbs and acupuncture. [ref.1]

Ginseng (Panax ginseng)  is perhaps one of the most famous Chinese herbs. The name literally translates as "human root" because its shape vaguely resembles a human body – the traditional Chinese medicine postulates that it symbolizes the powerful ability of ginseng to cure human diseases, replenish chi (vital energy) and warm the body. Moreover, ginseng is an antioxidant that helps to get rid the body of free radicals. There is also some evidence that ginseng supports the immune system, which can help the body fight infections and diseases. [ [ref. 1] ]

The Chinese people have long believed that eating walnuts (Juglans regia) can sharpen their minds and increase concentration and memory. This stems from the fact that the wrinkled appearance of the walnut resembles the folds of the human brain – and according to the principles of TCM, the similar supports the similar. Traditional Chinese medicine also sees walnuts as a warming food, which means they are a great breakfast in winter. Walnuts are also rich in omega-3 fatty acids, vitamin E and folates – all of which support the heart and brain. [ [ref. 2] ]

According to traditional Chinese medicine, the branches (guì zhī, 保保) and bark (ròuguì, 保保) of this large tropical tree warm the body, pump up the blood flow and harmonize the energy of the upper and lower body. Modern studies show that cinnamon (Cinnamomum cassia) helps to reduce allergic reactions and improves blood circulation. 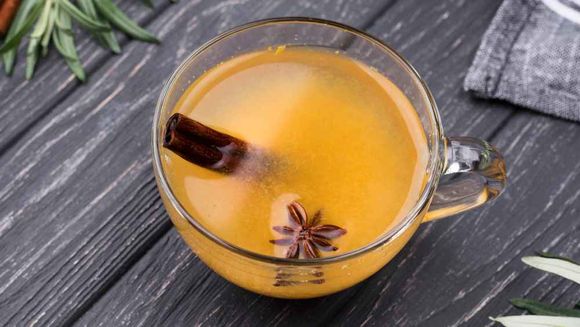 It is claimed that this spicy rhizome favors digestion, neutralizes poisons in food, clears the lungs and warms the circulation of the limbs. Today, ginger (Zingiber officinale) is often used in cooking, as well as in teas and other beverages, and has been shown to help counteract nausea and aid digestion.  [ [ ref. 3] ]

Lotus seeds may not be as famous, but they are ubiquitous in China, used in soups, teas and even fresh in french fries. In traditional Chinese medicine, it is believed to improve the functions of the spleen and kidneys, as well as help regulate diarrhea. Lotus seeds are also rich in calcium, phosphorus and potassium, which are great for digestion.

Hawthorn (Crataegus) is a common ingredient used in traditional Chinese medicine. The berry itself is incredibly sour and is traditionally used as a means of reducing indigestion and heartburn.

Also known as wolf fruits, goji berries have been used as an herbal remedy for over 3,000 years, with their first registered use as such appearing in "The Classic of Herbal Medicine". It is believed to be an anti-aging agent, because it can be useful for the kidneys and nourish jing, or kidney essence, which is the basis of human vitality. These live and slightly floral fruits are also rich in vitamin C, antioxidants, fiber and vitamin A. [ [ref. 4] ] 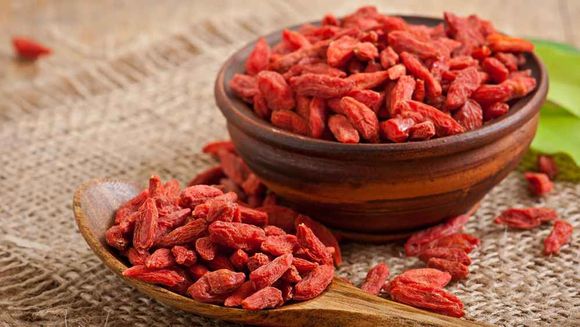 Deep red dates of hinap  (Z. jujuba) have been used in the recipes of Chinese traditional medicine for centuries, with fruits often soaked in tea or cooked in congee (rice porridge) to aid circulation and strengthen Chi. It is believed that these fruits promote blood flow, calm the mind and nerves and are often used to treat insomnia. They are also high in vitamins B and C.

It is believed that the root of licorice (Glycyrrhiza glabra) renews vital energy, helps gastric functions, removes heat and controls cough. Due to its sweetness, it is often also used in herbal tonics to relieve bitterness and help to "harmonize" the rawness of their tastes. It is also a useful remedy for depression, cold, flu, cough, heartburn and others. It is used in Chinese medicine to harmonize all other medicinal herbs that enter into some formula. [ [ref. 5] ]

Tangerine peels (Citrus reticulata), once dried, are often used as a warming agent to support the functions of the spleen and stomach and balance Chi. Like citrus itself, mandarin peel is also rich in vitamin C, and antioxidants are found in higher concentrations in the bark, which means better counteracting free radicals.

These small pulses are often eaten in the summer, as they are a basic Yin food, which according to traditional Chinese medicine helps to detoxify the body and provide moisture thus improving hydration. These small beans are rich in potassium, magnesium, folic acid, fiber and vitamin B6, which can help to improve mood and control stress.

Traditional Chinese medicine aims to restore balance and harmony of the body between the natural opposite forces of Yin and Yang. This can be supported by natural herbs and foods, which have been used by locals in China for centuries. This medical system should not be used as a substitute for conventional or allopathic treatment, especially in serious conditions, but can be useful when used as an additional therapy.

Treatment of Hashimoto thyroiditis with herbal remedies - is it possible