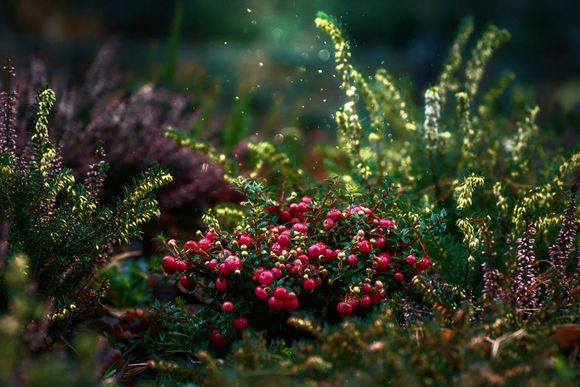 The Most Effective Herbs Against Cystitis

Cystitis is common, especially in women, and very often the treatment is untimely. This can lead to a number of complications, and very often the kidneys are also affected. That is why we are seeking help from nature once again. Among the useful herbs are the well-known cranberry and the not-so-famous goldenrod, which are used both for the prevention and treatment of cystitis.

Cystitis is an inflammation of the bladder and can be classified as acute or interstitial. Acute cystitis occurs suddenly, while interstitial is chronic or of a long duration, affecting all layers of the bladder.

Cystitis is most often caused by pathogenic microorganisms - bacteria (most often E. coli). They enter through the urinary canal and reach the bladder, where they multiply and can cause a severe infection that also affects the kidneys.

Cystitis can be caused by bacteria that have entered from the external environment or when the balance of bacteria in the body is disrupted. Inflammation of the bladder may also be due to:

What Are The Symptoms Of Cystitis

Cystitis has many characteristic symptoms, although sometimes it occurs asymptomatic during pregnancy, which requires frequent urine tests to timely find the bacterial infection and prevent the spread of it to the kidneys.

Here are the most common symptoms of cystitis: 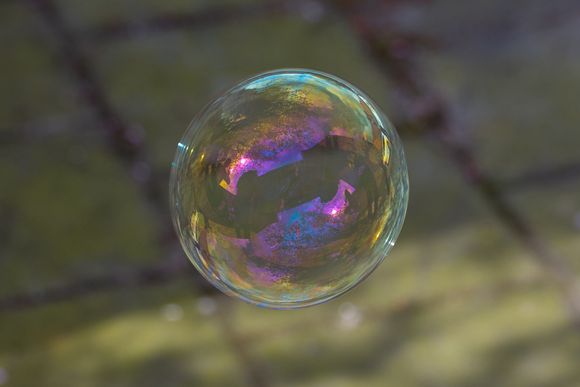 Treatment And Prevention Of Cystitis

There are three main ways to treat cystitis, but most often a combination of them is used:

In fact, cranberry is not a single species, but a group of plants, which is represented by different species characteristic of different regions of the world. For example, in the UK the species Vaccinium oxycoccus is called the cranberry, while in North America the cranberry is Vaccinium macrocarpon.

Vaccinium vitis idaea, which is cultivated and found in a wild state, is common in Bulgaria. Different types of cranberry represent evergreen shrubs or lianas. The stem is thin and tough, with small evergreen leaves. The flowers are dark pink and the fruits are larger than the leaves, they are edible, and are initially light green but the ripe fruits are red. 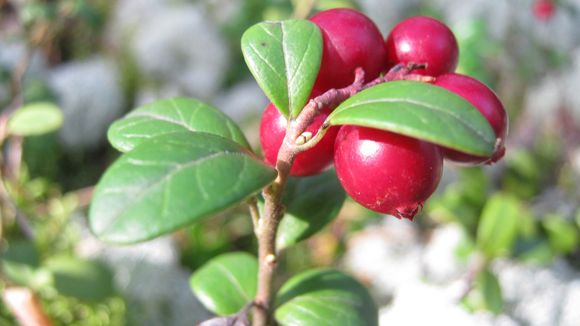 The fruits of the American cranberry Vaccinium macrocarpon are used for cystitis and other inflammations of the urinary tract. They are rich in proantocyanidines. Studies have been done to prove that these substances have anti-adhesive activity, i.e. prevent the attachment of the bacterium E. coli (one of the main causative agents of uroinfections) to the walls of the urinary tract. [ref.2]

Ripe fruits of American cranberry are red in color. They can be consumed fresh or dried. Many dietary supplements that are used for urinary tract inflammation contain American cranberry. Juice is prepared from the fruit, the regular intake of which reduces the amount of bacteria in the urine in older women. [ref.3]

The fruits of cranberry are rich in polyphenols - substances that have antioxidant (defuse free radicals), cardioprotective (protect the heart and blood vessels), anti-inflammatory, antibacterial and other actions. [ref.4]

The Mountain Cranberry Also Has Beneficial Properties In Cystitis Treatment

It is used in folk medicine for the treatment of cystitis in the form of a decoction:

2 tbsp. of dried cranberry leaves are boiled on low heat in 300 ml. water for about 5 minutes. Allow to expose and drink 3 times a day for 2 weeks.

If you love nature walks and if you are impressed by the diverse flora, then you have certainly seen the beautiful "golden" flowers of this delicate plant. But did you know that it is not an annoying weed, as it is considered by most people, but an herb with an extremely rich composition and many useful properties. 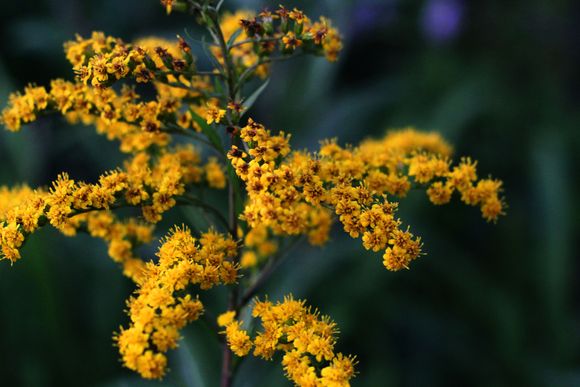 Goldenrod (Solidago virgaurea) is a herbaceous perennial plant of the family Compositae. In Latin Solidago means "to make you whole or to heal you". It is found in Asia, South and North America, Europe. It grows in fields and roadside ditches, blooms in late summer and early autumn, and the flowers are bright yellow.

Which Part Of The Goldenrod Is Used

Goldenrod is well known in Chinese folk medicine, and in Europe it is widespread in the form of infusion and as part of many dietary supplements. A stalk of the goldenrod is used - the above-ground part, which includes the flowers, stem and leaves of the plant.

Goldenrod Is Used In Cystitis Treatment

One of the main applications of the goldenrod is in the treatment of cystitis and other inflammations of the genitourinary system, most often due to infection. It should be noted that it is not used independently, but in combination with other herbs - cranberry, juniper, horseradish. A study has been done that a combined preparation of goldenrod, cranberry and two other herbs significantly reduces microbiological colonization in patients with urinary catheter. [ref.5]

The healing properties of goldenrod are due to the high content of biologically active substances from the group of flavonoids, saponins, essential oils.

The bright yellow color of the flowers suggests the presence of flavonoids in the plant (mainly quercetin and kempferol). Flavonoids are responsible for the diuretic effect of the herb - they increase the amount of urine excreted by the body in 24 hours (diuresis). In this way, these substances help the body to get rid of harmful particles or microorganisms, such as bacteria that cause infection. [ref.6]

Saponins are other biologically active substances contained in the goldenrod. They have an expectorant effect, but are poisonous in high doses. They can inhibit (block) the development of pathogenic (harmful) bacteria and yeasts such as Candida albicans. [ref.7]

A study has been done that proves that goldenrod extract helps with hyperactive bladder, reduces painful spasms of the urinary tract and reduces the need for frequent urination, which are one of the main and very unpleasant symptoms of cystitis. [ref.8] 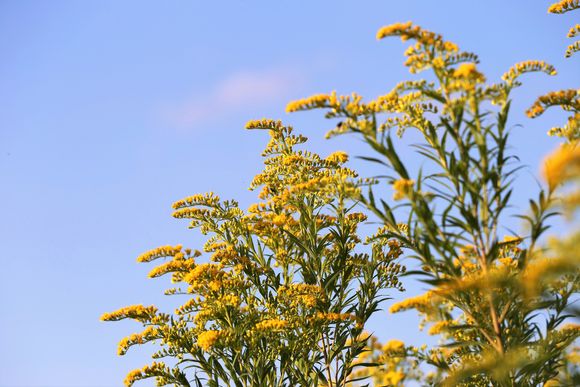 Other Health Benefits Of The Goldenrod

The goldenrod also has a number of other health-beneficial properties:

Read more in the article:

Goldenrod Infusion - How To Prepare It

The easiest way to use goldenrod is by preparing an infusion at home:

The ratio of dried goldenrod to water is: 1-2 teaspoons of the plant to 230 ml of water. Following this ratio, the goldrod is added to the boiling water, after which the product is set aside. Cover and leave to infuse for about 10-15 minutes. Drink one glass 4 times a day. It is used in adults and children over 12 years of age.

In general, this herb has good tolerability, but in some cases it may be the cause of an allergic reaction. The leaves of the goldenrod are rich in latex - a natural source of rubber. Therefore, in people allergic to latex, this herb should not be used. [ref.9] In patients with concomitant diseases, the goldenrod should be taken with caution after consulting a doctor.

If you like to prepare herbal tea at home, you already know that it is also nice to get these two herbs that will help you with the first symptoms of cystitis.