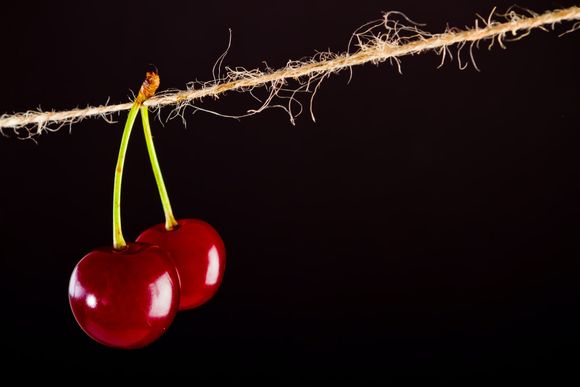 Imagine a wonderfully furnished house with quality electrical installation, brand new plumbing, a fireplace, crystal vases with fresh flowers and colorful soft carpets bring aesthetics and coziness, and it seems you are safe here... What could possibly go wrong?

But someone outside throws a rock at the window and it collapses with a shatter. A bunch of bummers break into the house. One breaks the vases and tears the flowers to pieces, another pulls a burning tree out of the fireplace and lights the curtains, others cut the carpet and stuff the parts into the sewer...

Something like this happens in our body - when our inner environment is exposed to free radicals - it's called oxidative stress and we're exposed to it all the time. It leads to the development of many diseases and conditions - from aging to cancer. 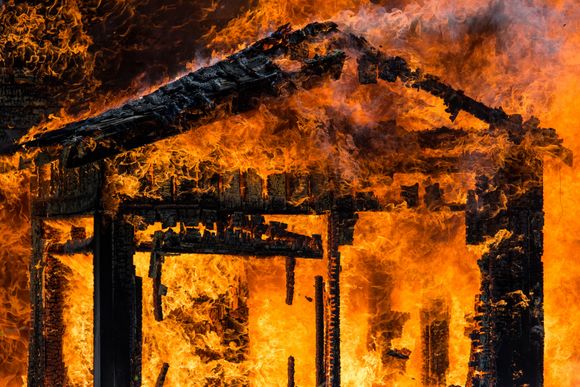 Are free radicals good or bad

Free radicals are substances that are extremely prone to react chemically with the surrounding molecules, which can easily lead to damage in the cell, including DNA damage, cell death and various diseases - Alzheimer's, heartattack, atherosclerosis, diabetes and many others. [ref.1]

Free radicals also have some important positive functions in the cell - they can act as harmful, protective or signaling factors in the cell and become dangerous depending on the balance between production and neutralization at some point and in a given place.

They are formed in the body under the action of various agents: contaminants, heavy metals, smoking, smoke, drugs, xenobbiotics or radiation.

Do antioxidants hold the answer? 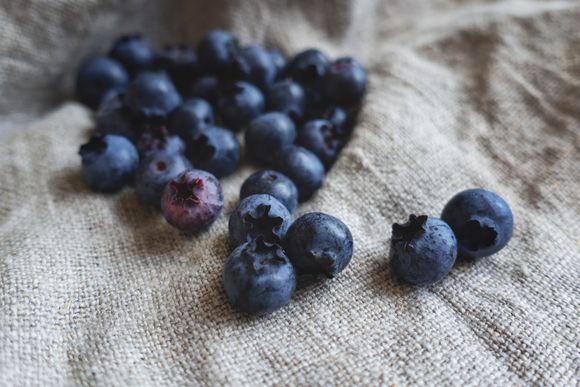 In this article we will look at the specific benefits of antioxidants and which are the richest plant sources of these valuable substances. It is good to keep in mind that there is not necessarily a direct link between the total antioxidant content of the given food and the subsequent antioxidant activity in the target cell.

Read more about antioxidants and free radicals in the article "".

Role of antioxidants in atherosclerosis and cardiovascular disease

In developed countries, atherosclerotic disease is the main cause of death in the adult population. It is believed that some antioxidants, such as polyphenols and lycopene, slow down the course of this disease.

In this regard, the so-called "French paradox", according to which the French suffer less from heart disease, despite their high intake of saturated fats, is really interesting. It is believed that this is due to resveratrol - an antioxidant in grapes and wine so beloved by the French. 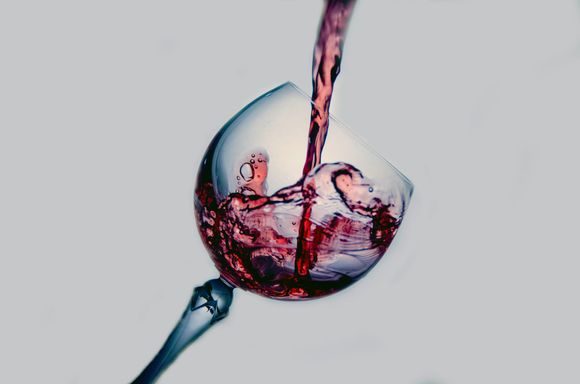 One of the risk factors for the heart is impaired fat metabolism, which is also associated with increased oxidative stress in the body. Some medicinal plants have the ability to lower lipid levels in the blood, and often this is at least in part attributed to their antioxidant properties [ref.3].

Data from various studies show that certain substances in foods can positively affect the lipid profile, among them are the polyphenols - a type of antioxidants. [ref.4]

The most common form of dementia is Alzheimer's disease. A neurodegenerative disease in which plaque builds up in the brain over time, killing certain types of neurons and causing changes in the transmission of nerve impulses in various important areas of the brain. [ref.5]

There is growing evidence to support the view that oxidative damage is a potential cause of the development of Alzheimer's disease, and one study has found that patients with the disease have a deviation in normal levels of antioxidants [ref.6]. 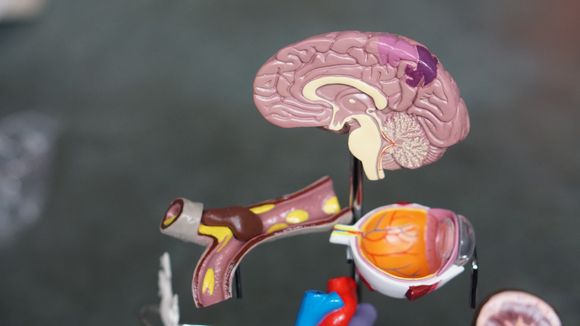 It is believed that the consumption of antioxidants and nutrients, in particular vitamin E, caffeine and turmeric, can slow the progression of Alzheimer's disease and so that food becomes a medicine or rather - food becomes a means of preventing the disease before it has occurred. [ref.7]

Read more about Alzheimer's disease in the article "".

Role of antioxidants against cancer

Although the exact role of free radicals in carcinogenesis and cancer progression is still being studied, it seems certain antioxidants are associated with a lower incidence of specific cancers.

For example, there is evidence that vitamin E can serve as a prevention of breast, lung and colon cancer, but the most significant results are obtained in prostate cancer.

However, according to some studies, antioxidant supplements can have a beneficial effect on the incidence of cancer only in healthy individuals who are not at risk of cancer but have particularly low baseline levels of antioxidants.

It is important to keep in mind that high-dose antioxidant supplements can be harmful if the initial phase of cancer formation has already begun. [ref.8]

The secret to longevity

Longevity is a very complex phenomenon, since it depends on many factors - environment, behavior, socio-demographic status and food. They affect the physiological pathways of aging and life expectancy.

Nutrition is known to have an important impact on overall mortality and morbidity. It is the subject of extensive research. The traditional Mediterranean diet is of particular interest, as well as some specific foods. [ref.10] 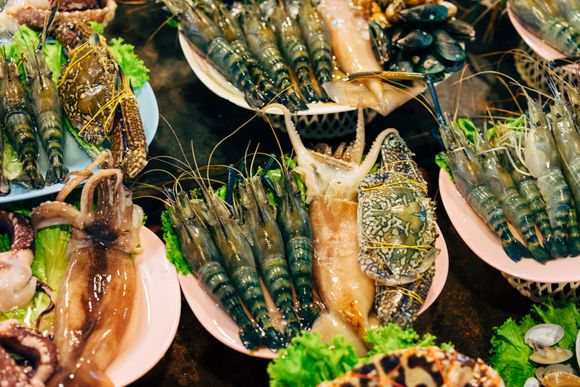 The diet also has epigenetic effects on the aging process - by limiting calories and consumption of foods such as red wine, orange juice, probiotics and prebiotics.

Dark chocolate, red wine, nuts, beans, avocados have earned themselves the glory of anti-aging foods due to their antioxidant and anti-inflammatory properties.

Many studies have tried to establish whether taking antioxidants in the form of supplements has an impact on longevity. It has been found that they do not have a preventive effect and can even be harmful to people who eat a varied diet and take these substances with food and drink. The optimal source of antioxidants seems to come from our diet, not from antioxidant supplements in the form of pills and tablets. [ref.11] 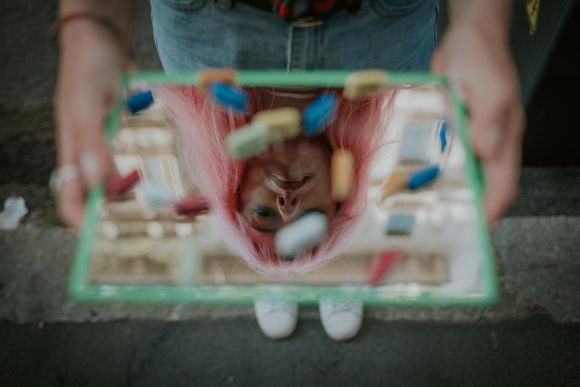 The benefits of taking antioxidant supplements are undoubted in cases of deficiency of these substances, but healthy people who have a healthy diet with a large intake of fresh fruits and vegetables do not need additional antioxidants.

Read more about aging in the article "".

Foods and herbs rich in antioxidants

According to one of the most extensive studies [ref.9] of the content of antioxidants in various foods, herbs, spices and beverages, the top antioxidant content* belongs to:

*the amount of antioxidants in mmol per 100 grams is indicated 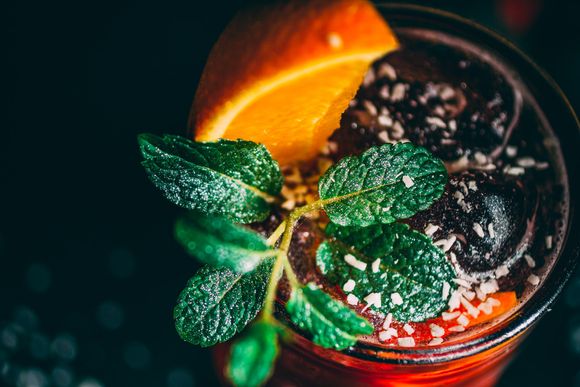 But the content of antioxidants in these fruits and vegetables is many times lower than in the above-listed herbs, spices, nuts and small fruits.

It is good to keep in mind that in some cases antioxidants in a plant are in a large amount, but may not be accessible to our cells. It depends on the structure of the food and to what extent these antioxidants are absorbed and metabolized by the body.

However, everything confirms that a varied diet and a rich intake of plant products are essential for our good health and longevity. Don't you prefer to eat a handful of blueberries instead of a pill? :)