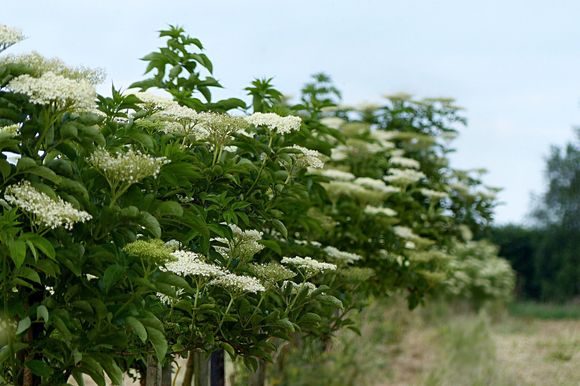 Danewort - a Useful Herb with Which We Must Be Careful

Known since antiquity, danewort has become an indispensable part of the folk medicine of many countries, including Bulgaria. The herb is applied to numerous diseases, but with its use care should be taken, as it can lead to poisoning.

Danewort, but also known as dwarf elder and dane weed, is an herb that has been well known since ancient times. It is also described by the ancient Greek healer Dioscorides in his De Materia Medica, where many of its therapeutic applications are listed [ref.1].

The plant is widely used in Bulgarian traditional medicine to this day and is popular mostly as a powerful immunostimulant. However, some of its parts contain poisonous substances and we should always use it with caution.

How to recognize the danewort

Sambucus ebulus is a common species at our latitudes. You will find it almost everywhere - around roads, in bushes, in fields, around rivers. It spreads quite quickly and occupies large areas, which can suffocate the surrounding plants and is often referred to as a weed.

The plant is shruby, reaching up to2 meters. The stem is branched at its top and has a white and soft core. It blooms in July and August in white (or in rare cases pink), and the fruits are spherical, dark violet in color and facing upwards.

It should not be confused with another famous representative of the family - elderberry. Unlike the elderberry, this species is woody, blooms in May and June and the fruits fall like bunches down. From its flowers is prepared the favorite of young and old elderberry syrup.

Bioactive composition and collection of danewort 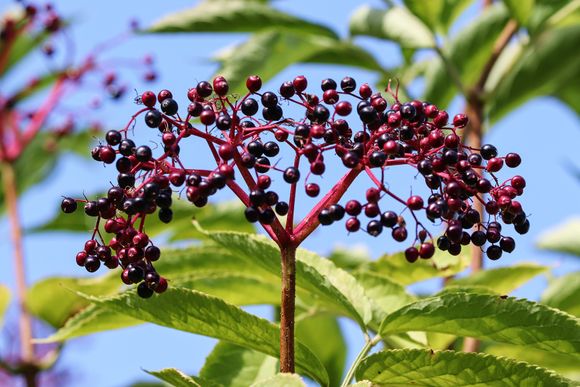 The healing properties of the plant are due to the many bioactive compounds it contains. It is rich in anthocyanins, phytosterols, flavonoids, terpenes, phenols, tanines, lectins and others. The plant also contains the plant antioxidant quercetin.

Perhaps the most used part of the herb is its fruits. They accumulate sugars, fiber, minerals and vitamins [ref.2]. In addition, the fruit has a rich chemical composition that contributes to their strong antioxidant, antimicrobial and antiviral properties. Here we must pay attention to one feature - unripe green fruits are poisonous. They contain the substance sambunigrin, which decomposes as they mature and significantly reduces its concentration. For this reason, we need to collect only well-ripened blue-violet fruits.

Nature has found its own way to warn us - the taste of unripe fruit is very bitter, while in those ready for consumption, it becomes sweet, although even then it remains an unpleasant aftertaste. Once collected, they should be dried very well and stored in a paper bag in a cool and ventilated place.

In addition to the fruits, the other parts of the plant are used - the roots, leaves and flowers. The roots are taken out, washed and cut into pieces. Once well dried, they can be stored.

The flowers and leaves are also collected, dried and then kept in a dry place.

Use of dane weed

Dane weed has been used as food and healing tool for millennia [ref.3].

In Persian folk medicine, the herb was used as an analgesic (suppresses pain) in various painful conditions of the musculoskeletal system such as joint pain, dislocations and fractures. It has been used topically for bites, burns, sore throats, diseases of the female reproductive system and others.

In Romania, dane wort is used for the treatment of colds and rheumatic pains.

In Turkey, the herb bears the nickname " the mother healer". This is by no means accidental and is due to its many  applications. Externally it is applied to bites, wounds, eczema, rheumatic pains. Its internal use is also not foreign in these lands. Danewort is often taken in gastrointestinal irritations, hemorrhoids and as a diuretic agent.

Last but not least, elderberry is an important part of Bulgarian traditional medicine.

What does science say

Of course, the herb does not go unnoticed by modern science. Some of its researched properties include:

These are just some of the studied properties of elderberry. The scientific literature on the subject is rich, but for the purposes of this article we will no longer ding on them.

How to use the herb 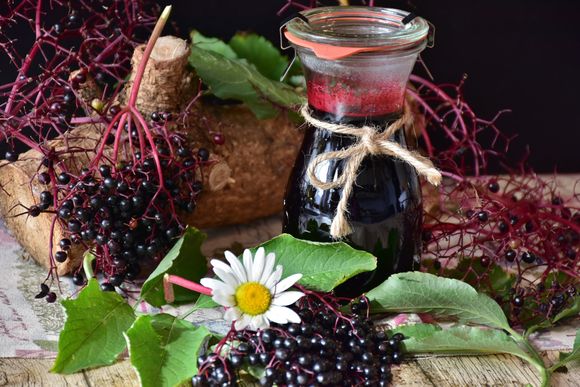 As mentioned above, elderberry is most popular in Bulgaria with its immunostimulating function. For this effect, a sugar extract of the fruit is prepared:

Mix water, fruit and sugar in a ratio of 1: 1: 1. It is best to leave the mixture at room temperature for 10-14 days without boiling it, so as not to lose its healing properties. It can then be stored in the refrigerator. Take 1 teaspoon in the morning on an empty stomach.

You can prepare a decoction by pouring 2 tablespoons of flower with 400 ml of boiling water. The decoction sits for 1 hour under a lid.

The herb should be used with caution. Immature fruits should not be eaten because they are poisonous. Other parts of the plant are also considered poisonous, but in heat treatment, can be consumed in limited quantities. For this reason, be sure to consult a doctor or pharmacist to determine the exact dosage before use.

Excessive use can lead to diarrhea, dizziness, nausea, difficulty breathing and even death.

👩 🔬 Sylvia Marinova has a BSc in Molecular biology (Sofia University, Bulgaria), and a MSc in structural biology (Grenoble, France). She is currently a doctoral student at the Laboratory of Genomic Stability at IMB, BAS. Her research interests are in the field of DNA repair, microscopy and biophysics. She loves photography, painting and sports