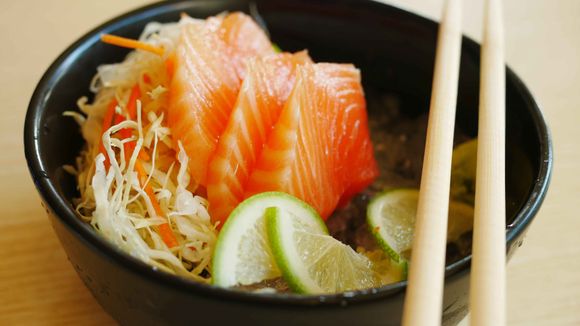 Fish oil is well-known for its rich content of health-beneficial omega-3 fatty acids, which mainly contribute to its benefits. Fish oil has been shown to help reduce triglycerides levels, relieve inflammation and even minimize symptoms of conditions such as rheumatoid arthritis.

The benefits of fish oil in a nutshell

Fish oil is an animal oil derived from the tissues of oily fish. Fish oil contains omega-3 fatty acids eicosapentaic acid (EPA) and docosahexaenic acid (DHA), ancestors of some eicosanoids. For them, they have been found to reduce inflammation in the body and help reduce triglycerides in hypertriglyceridemia.

In addition, omega fatty acids contribute to slowing the development of plaque in the arteries, reduce the likelihood of abnormal heart beat, the likelihood of heart attack and stroke and associated complications. Their anti-inflammatory effect has long been proven in numerous studies. [ [ref. 1] ]

Taking up to 3000-5000 mg. omega-3 per day is rather safe, although such a high intake is probably not necessary for most people. However, consuming too much fish oil can negatively affect your health and lead to side effects such as high blood sugar and an increased risk of bleeding. There are other potential risks that we will explore next.

Side Effects Of Taking Too Much Fish Oil

On the other hand, 20 different studies found that daily doses of up to 3.9 grams of EPA and 3.7 grams of DHA - the two main forms of omega-3 fatty acids - had no effect on blood sugar levels in people with type 2 diabetes. [ [ref. 3] 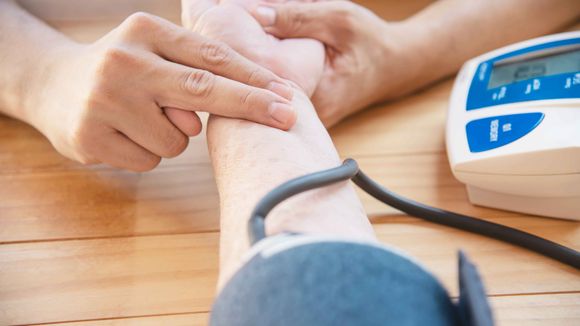 Bleeding gums and nosebleeds are two of the distinctive side effects of excessive fish oil consumption. One study in 56 people found that supplementation of 640 mg. fish oil per day for a period of four weeks reduces blood clotting in healthy adults. [ [ [ref. 4] ] 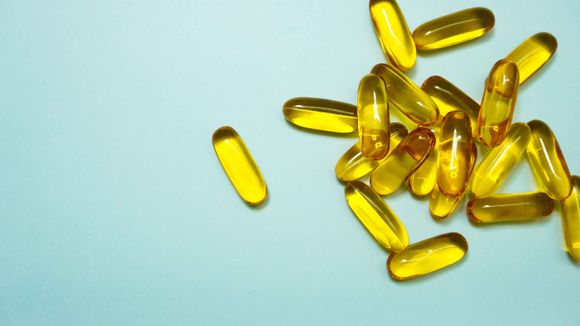 The ability of fish oil to lower blood pressure is well documented.

A study of 90 people on dialysis found that taking 3 grams of omega-3 fatty acids per day significantly reduced both systolic and diastolic blood pressure compared to placebo. Similarly, an analysis of 31 studies concluded that taking fish oil can effectively lower blood pressure, especially in those with high blood pressure or high cholesterol levels. [ [ref. 5] ]

Although fish oil is known for its powerful effects on heart health, many people report feeling heartburn once they start taking fish oil supplements.

Other symptoms of acid reflux - including belching, nausea and stomach discomfort - are common side effects of too much fish oil.

Hemorrhagic stroke is a condition characterized by bleeding in the brain, usually caused by rupture of weakened blood vessels.

Some animal studies have found that high intake of omega-3 fatty acids can reduce the ability of blood to clot and increase the risk of hemorrhagic stroke.

Toxic Levels of Vitamin A

Some types of supplements with omega-3 fatty acids are high in vitamin A, which can be toxic if consumed in large quantities.

For example, just one tablespoon (14 grams) of cod liver oil can provide up to 270% of your daily vitamin A needs in one serving. Toxicity of vitamin A can cause side effects such as dizziness, nausea, joint pain and skin irritation.

In other cases, however, taking too much fish oil can actually interfere with sleep and contribute to insomnia, especially in people with anxiety and depression.

Despite proven anti-inflammatory effects, fish oil can also bring some negatives to your health. There are different recommendations in different countries, but most health organizations recommend taking at least 250-500 milligrams of combined EPA and DHA daily, the two main forms of omega-3 fatty acids. Higher amount up to 5000 mg. daily can be consumed on a medical recommendation, but not above them, as this can impose the beforementioned side effects.

5 benefits of clay for skin and health + types of clay