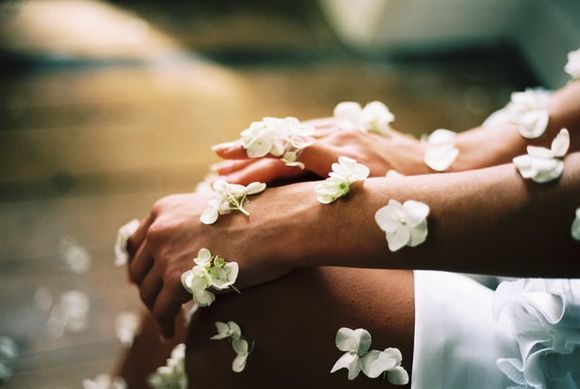 What are psoriasis and psoriatic arthritis - causes and treatment

Psoriasis is a chronic autoimmune inflammatory disease that involves complex interactions between skin structures. There are several forms, the most common being plaque psoriasis.

Psoriasis is a complex disease that affects about 2-3% of the world's population. The first symptoms usually occur between the ages of 15 and 25, but the disease may occur at any age. Men, women and children, as well as all races, are equally affected.

Psoriasis is a chronic autoimmune inflammatory disease, which involves complex interactions between the two structures of the skin - the dermis and the epidermis. There are several forms of psoriasis, the most common being psoriasis, which forms plaques on the skin or the so-called plaque psoriasis (also called psoriasis vulgaris). Careful examination of the plaques usually shows white silver scales.

This occurs because overactive immune system accelerates the growth of skin cells. Normal skin cells keratinocytes grow and die (fall) in a month. In psoriasis, skin cells do this in just three or four days. Instead of falling, skin cells accumulate on the surface of the skin in the form of plaques. Some people report that psoriasis plaques are itching, burning and are painful.

Other forms of the disease are gutate, pustular, iverse, and erythrodermic psoriasis.

The disease can affect not only the skin, but also the joints, which can lead to psoriatic arthritis. Psoriasis varies in severity - from several small plaques to affecting the entire skin surface. It can significantly affect the quality of life. Both genetic and environmental factors are responsible for the development of the disease.

Diagnosis is based on typical erythematous (red), scaly skin lesions (plaques), often with additional manifestations in the nails and joints, and sometimes can also affect the eyes. Plaques appear most often in the area of the elbows, knees, waist (lumbosacral region) and scalp.

Eyes are affected in about 10% of patients, mostly women. Almost always this is accompanied by manifestations of the disease on the skin, and rarely the eyes manifest the only symptom of the disease. [ref. 1] 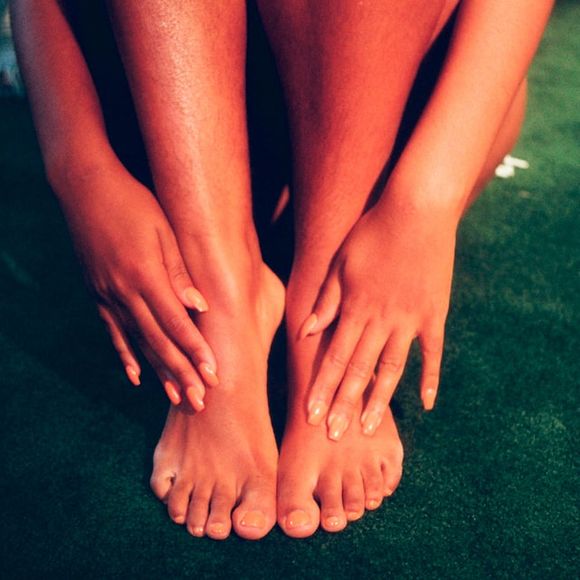 Psoriasis is associated with several concomitant diseases, including cardiovascular disease, lymphoma and depression, due to the poor quality of life.

Scientists still don't know exactly what causes psoriasis, but the immune system and genetics play a key role. The genetics of psoriasis is complex, and it is possible that the disease develops, even if you do not have a family history of it.

Its triggering event can cause a change in the immune system, leading to the onset of the symptoms of psoriasis. Common causes of psoriasis include stress, diseases (especially streptococcal infections), skin injury and some medicines.

Factors that "unlock" the disease vary from person to person. What can make psoriasis worse in one person may not affect someone else. The most common factors are:

Stress is one of the most common factors for the onset of psoriasis. At the same time, exacerbation of the condition itself can cause stress. This seems like an endless cycle of interconnected events, but relaxation techniques and stress management can help prevent its impact on the condition.

Psoriasis can occur in areas of the skin that are damaged. This is the result of the Koebner phenomenon, in which skin injuries such as scratches, sunburns, insect bites, allergic reactions to vaccines, tattoos or even varnish or hair dye can cause the appearance of new plaques. 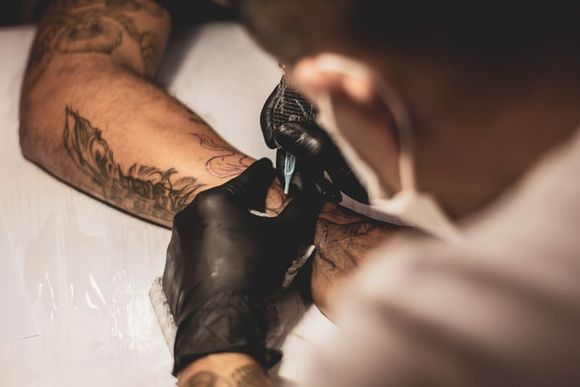 Anything that affects the immune system can also cause psoriasis. Therefore, it can occur after infection of the ears, bronchitis, tonsillitis or respiratory infections.

There is a link between streptococcal infection (Streptococcus in the throat) and guttate psoriasis - it is this infection that often triggers the first appearance of guttural psoriasis in children.

There may be Streptococcus in the throat without symptoms. If you have had strep in the past, talk to your doctor and have a test for the presence of the bacterium in the throat if the condition worsens.

Cold weather can often worsen the symptoms of psoriasis due to less sunlight and humidity, heated and drier air indoors, the characteristic diseases during the winter. On the other hand, warm weather can alleviate the condition due to natural sunlight and higher humidity.

Although less common, some people with psoriasis suspect that allergies, certain foods, alcohol or environmental factors trigger their psoriasis. A great way to learn about your personal set of stimuli is to keep track of them over time. Keeping notes of symptoms and causes can help you anticipate and treat the condition during periods of worsening.

Treatment of psoriasis - it's not the usual skin problem

Psoriasis is not just a skin disease, as it was once thought. We already know that psoriasis-affected skin is a sign of inflammation in the body. Even people living with a mild form of the disease (when plaques affect less than 3% of the body) can have significant inflammation in the body. Data show that people with mild, moderate or severe psoriasis may experience psoriatic arthritis and other concomitant diseases. 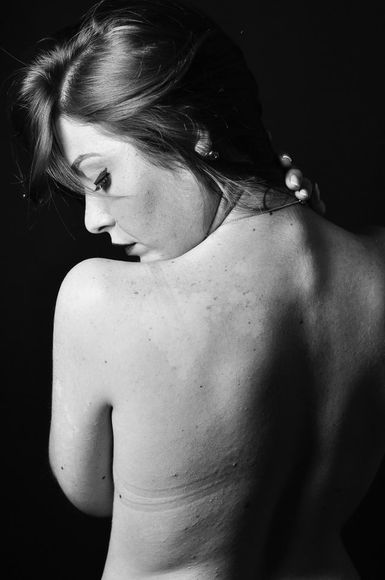 That is why the treatment of psoriasis is so important. Effective treatment of the disease not only relieves skin symptoms, but will also help to reduce inflammation in the body, which can otherwise lead to other diseases. These other diseases are often called comorbidities.

Comorbidity is a disease or condition that arises due to or is associated with a health condition that we have, such as psoriasis. Common comorbidities of psoriasis include:

If you do not see an improvement in your symptoms after three to six months of treatment, you need to discuss other options for therapy or changes in the current treatment with your dermatologist. The goal is to reduce the severity of the disease so that the plaques cover only 1% or less of a person's body within three months of starting treatment. [ref. 6]

Treatment of psoriasis depends on the location, type and severity of the disease. It includes a wide range of local medications, including tar, anthralin (dithranol), local corticosteroids, vitamin D analogues, retinoids and over-the-counter preparations. Phototherapy with UBV and PUVA is used for cases where more extensive parts of the skin are affected.

Common systemic therapies include methotrexate, retinoids, fumarates and cyclosporine. [ref. 2] It should be taken into account that these medicines may have severe side effects, for example methotrexate can lead to liver problems (hepatotoxicity). 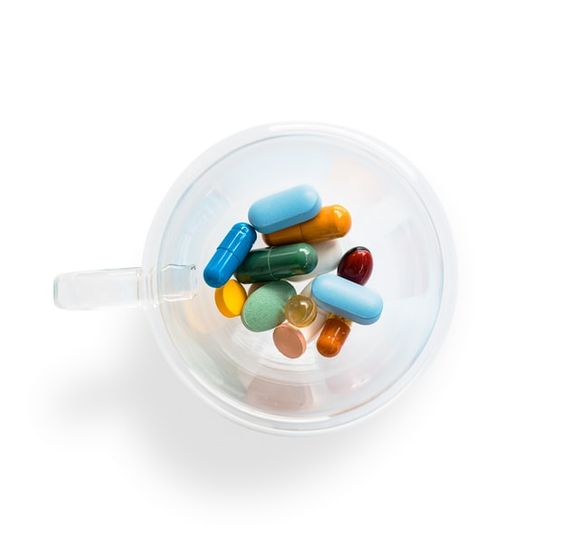 Topical therapies such as corticosteroids, vitamin D analogues and Tazarotene - a type of retinoid, are useful for treating mild to moderate psoriasis. More severe psoriasis can be treated with phototherapy or may require systemic therapy.

Biological therapies, including inhibitors of tumor necrosis factor α (TNF-α), may be effective in severe psoriasis and psoriatic arthritis, but they exhibit significant adverse effects and require regular monitoring.

Treatment of psoriasis should be individualized and may include combinations of different medications and phototherapy. [ref. 3]

Is tar an effective treatment of psoriasis

The use of medicinal tar for dermatological problems dates back to ancient times. Although coal tar is used more often in modern dermatology, wood also finds widespread application.

Tar is mainly used to treat chronic plaque psoriasis, scalp psoriasis, atopic dermatitis and seborrheic dermatitis, alone or in combination with other drugs, phototherapy or both.

Many modifications of tar-containing preparations have been created to satisfy the needs of patients, since some people do not like its smell, as well as its difficult use in unchanged form, and last but not least - the coloring of clothes.

Some studies prove the carcinogenicity of tar, but epidemiological studies do not confirm similar results when the substance is used topically on the skin. [ref. 4] 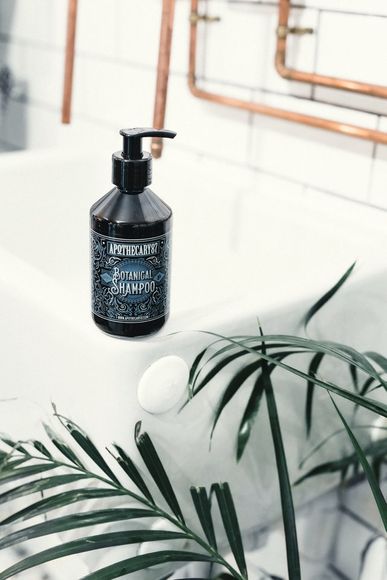 Clinical experience does not give a definitive answer to the question of whether all or most tars are effective in the treatment of psoriasis. The information supports both points of view. But the following statements seem true:

Scientific data on the success of herbal treatment of psoriasis

According to an article [ref. 8] published in the International Journal of Molecular Sciences in 2019, the meta-analysis of clinical studies shows that aloe vera, indigo naturalis (a Chinese herb also called Qing dai), kukui oil (Indian walnut or candlenut, Aleurites moluccana), Oregon grape (Mahonia aquifolium) and capsaicin are the most effective medical plants/substances for topical use in the treatment of psoriasis.

These natural products can relieve psoriatic lesions by molecular mechanisms, which are associated with apoptosis (programmed cell death), inhibition of angiogenesis (the formation of new blood vessels) and suppression of inflammation.

Anthrachinins, polysaccharides, vitamins and salicylic acid are the active ingredients of aloe vera, which exhibit itch-relieveing and anti-inflammatory effects. [ref. 9] 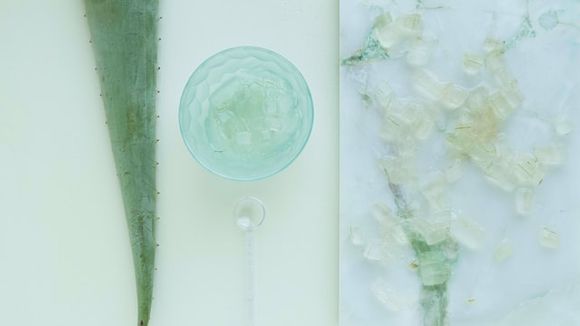 Ointment from indigo naturalis is effective for relieving the symptoms of patients with psoriasis, due to the anti-inflammatory and antiproliferative activities of indirubin from this herbal extract.

Capsaicin can relieve redness and itching in patients with psoriasis.

What is psoriatic arthritis

Between 5 and 10% of people with psoriasis develop psoriatic arthritis, according to most estimates. Some studies suggest that the frequency reaches even 30%.

It is not clear exactly how the condition is inherited, but about 40% of psoriatic arthritis sufferers have a close relative with psoriasis.

Signs and symptoms of psoriatic arthritis include stiff, painful joints with redness, heat and swelling in the surrounding tissues. When the hands and feet are affected, this can lead to swelling of the fingers (dactylitis). 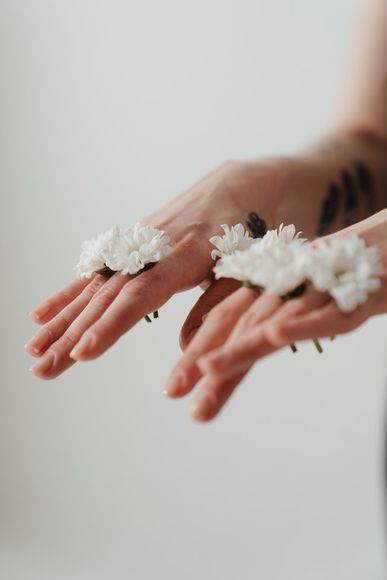 Psoriatic arthritis can be difficult to distinguish from other forms of arthritis, especially when skin changes are minimal or lacking. Changes in nails and dactylitis are the two special characteristics of psoriatic arthritis, although they do not occur in all cases.

Some people with psoriatic arthritis suffer from spondylitis, which is inflammation in the joints between the vertebrae in the spine. Symptoms of this form of the disease include pain and stiffness in the back or neck and movement is often impaired. Joints in the arms, legs and feet may also be involved.

The specific cause of psoriatic arthritis is unknown. Its signs and symptoms are the result of excessive inflammation in and around the joints. Inflammation occurs when the immune system sends signaling molecules and white blood cells to a site of injury or infection to fight microbial invaders and facilitate tissue recovery. 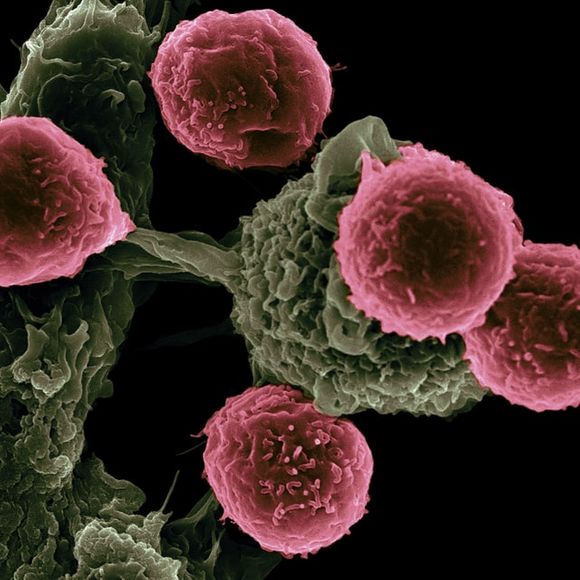 The researchers found changes in several genes - which can affect the risk of developing psoriatic arthritis. The best ones studied by these genes belong to a family of genes called the Human Leukocyte Antigen Complex (HLA). The HLA complex helps the immune system distinguish the body's own proteins from proteins produced by foreign invaders (such as viruses and bacteria).

Each HLA gene has many different normal variations, allowing everyone's immune system to respond to a wide range of foreign proteins. Variations of several HLA genes appear to affect the risk of developing psoriatic arthritis, as well as the type, severity and progression of the condition.

Variations in several other genes are also associated with psoriatic arthritis. It is thought that many of these genes play a role in the function of the immune system. Deviations in these genes probably only make a small contribution to the overall risk of developing psoriatic arthritis. Other genetic and environmental factors may also affect aperson's chances of developing this disease.