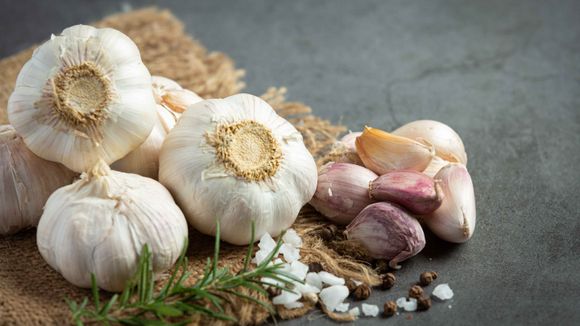 What are the 10 natural anticoagulants [blood thinners] - Part 2

Anticoagulants are things that help prevent the formation of blood clots, and they can be taken in various forms by prescription. However, they can interact with many other medications, as well as cause some side effects when using them. What are the advantages and disadvantages of taking anticoagulants as a medicinal drugs, and are there natural alternatives - find out in the article.

Anticoagulants are type of a drug used if you are at risk of blood clots. They can potentially block a blood vessel and disrupt blood flow in the body. Also known as blood thinners, anticoagulants are chemicals that prevent or reduce blood coagulation by prolonging clotting time.

Anticoagulants are available in many different forms, including injections, intravenous (IV) drugs and medicines you take orally (orally). They often treat and prevent life-threatening conditions that can occur due to blood clots, such as strokes, heart attacks and pulmonary embolism. [ [ref. 1] ]

What are the advantages and side effects of anticoagulants?

Anticoagulants are extremely effective in preventing these life-threatening conditions such as stroke, pulmonary embolism and heart attack. There are also several different ways in which these drugs work. This means that people who cannot take one medicine are likely to take another medicine with a similar effect.

However, side effects are possible, and among the most common side effects with any anticoagulant is bleeding. Depending on the drug used, there are other potential risks, such as necrosis of the skin,  severe PMS in women, bruising, bleeding gums, dizziness, headache, etc. [ [ref. 2] ]

Natural anticoagulants - who are they

Besides its characteristic taste and numerous applications in culinary, garlic (Allium sativum) has natural antibiotic and antimicrobial properties. A 2018 study published in Food Science and Biotechnology reported that garlic powder demonstrated antithrombotic activity in rats. Antithrombotic agent is a substance that reduces the formation of blood clots. [ [ref. 4]

A review of studies from 2020 found that garlic supplements can help reduce blood pressure and have mild antithrombotic effects. [ [ref. 5]

Vitamin E reduces blood clotting in several different ways. These effects depend on the amount of vitamin E a person takes.

According to the National Institutes of Health (NIH), people taking blood thinning drugs should avoid taking large doses of vitamin E. However, it is not clear how much vitamin E dilutes blood, although people may need to take more than 400 international units (IU) per day.  [Ref. 6]

However, taking vitamin E can bring other health benefits, and it is recommended to provide it from foods such as almonds, sunflower seeds, spinach, peanut butter and others.

Practitioners of traditional Chinese medicine have used leaves from the Ginkgo biloba tree (Ginkgo biloba) for thousands of years.  [Ref. 7] Ginkgo is also a very popular herbal supplement in the USА and Europe. People take ginkgo biloba for blood diseases and memory problems, blood circulation and other issues.

According to a 2019 study published in Bioorganic Chemistry, several compounds in ginkgo can block thrombin, which causes blood clotting. [ [ref. 8] 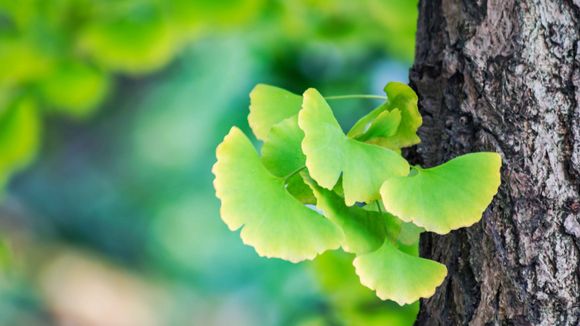 There is some evidence to suggest that grape seed extract may have potential benefits for several heart and blood diseases. Grapes can also help prevent high blood pressure, although research has shown rather mixed results.

Grape seed extract can also act as a natural blood thinner. Therefore, the National Center for Complementary and Integrative Health recommends that certain groups of people do not take grape seed extract, including people with blood diseases; people who are taking blood thinning medicines and those who are about to have a surgery.  [Ref. 9] ]

This effect may be the result of the content of coumarin in ginseng. It is the same substance that makes cinnamon such a powerful anticoagulant.

However, a small 2015 study in the journal Blood found that taking 1,000 milligrams of dong quai daily did not significantly affect blood clotting. The authors note that  further research is needed to bring out conclusions.

There are various natural substances that can reduce blood clotting to some extent. Among them are ginkgo biloba, garlic, cinnamon, ginger and others. However, not all of them can be as effective as blood thinning drugs. People at risk of blood clots should not use them instead of prescription medicines.

Bio: Bettina Tsvetkova is a Bachelor of Marketing and Master of Entrepreneurship, a fan of healthy eating, power sports and cycling. Author of over 1500 scientifically based articles, product texts and promotional materials on a healthy topic for Bulgarian and foreign websites.