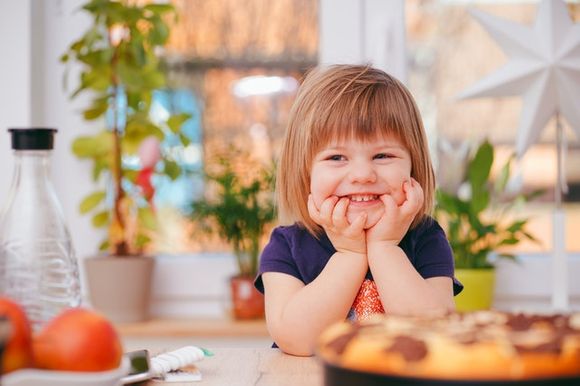 The factors that determine the mental development of the child are many. It has already been proven that physical activity and food are among the most significant of them.

It is no secret to anyone that the first years of our lives, our childhood, are critical to shaping us as individuals, to our health and even our mental abilities. This process begins with our conception, and the most important for the brain are the first 3 years.

The factors that determine a child's mental development are many. It has already been shown that physical activity and food are among the most significant of them. As for physical activity, it has been found that both sporadic and prolonged periods of activity have a beneficial effect on the child's mental development and ability to learn. [ref. 1]

But in this article we will focus on foods, which have been found to have great importance for the development of these abilities in children, and also in adults.

In this article you will read about:

Western style diet is no good

Studies in older children and adults have found that the "Western diet", which is known for its high content of saturated fats and refined sugars, may impair cognitive (mental) abilities and learning ability, possibly through its association with inflammation, oxidative stress, gut microbiome and hippocampus [ref. 2].

However, the relationship between diet and cognitive development in young children largely focuses on nutrient deficiencies, such as vitamin B. And this deficiency interferes with key cognitive processes. 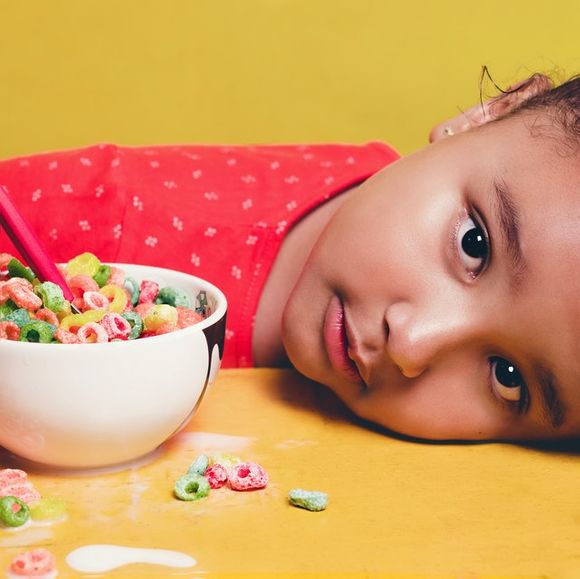 However, the role of specific nutrients is important and it is believed that early exposure to unhealthy dietary patterns (low in nutrients and high in sugars and saturated fats) negatively affects children's mental development.

It is possible that a healthier diet - a menu rich in fruits and vegetables, "lean proteins" [ref. 3] and whole grains, promote cognitive ability through changes in cellular processes, neuroplasticity or epigenetic mechanisms [ref. 4].

It seems that an unhealthy diet limits the optimal development of the brain. And the typical diet of children worldwide is suboptimal, with calories usually coming from solid fats and added sugars, including high-fat milk, fatty meats and cheeses, cereals, fruit and carbonated beverages, and candy.

What are essential fatty acids? This term refers to those polyunsaturated fatty acids that must be provided by food, since they cannot be synthesized in the body, but are still necessary for health.

As we know, the brain is a rich in lipids (fat) organ. Essential fatty acids are its vital structural components, without which brain cells cannot function optimally. Thus, the provision of fatty acids is of paramount importance for the functioning of the nervous tissue.

Omega-3 and Omega-6 (n-3 docosahexaic acid or DHA and n-6 fatty acids) are the main polyunsaturated fatty acids that play a central role in brain development.

The accumulation of DHA in the brain occurs during intrautere development and up to 3 years of age, and then accumulated high levels persist throughout life [ref. 5]. 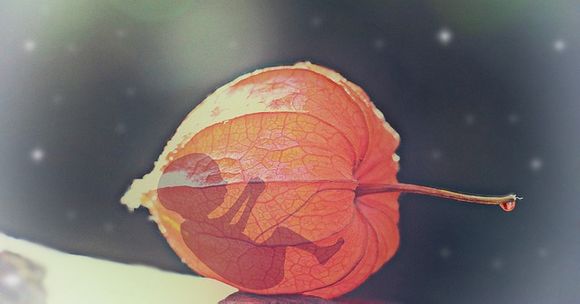 Enrichment of the diet with fatty acids has a positive impact on the learning abilities, memory, language progress and cognitive abilities of the child as a whole. The accumulation of Omega-3 fatty acids in cell membranes contributes to enhanced processing of information and thus to better problem solving ability, increased attention of children and improved mental abilities.

Concerns about mercury should not stop us from eating fish - or taking fish oil supplements. Normally, mercury is not a problem unless you are pregnant or breast-feeding. In these cases, you may choose fish low in mercury and high in Omega-3, such as: salmon, sardines, trout and canned tuna. 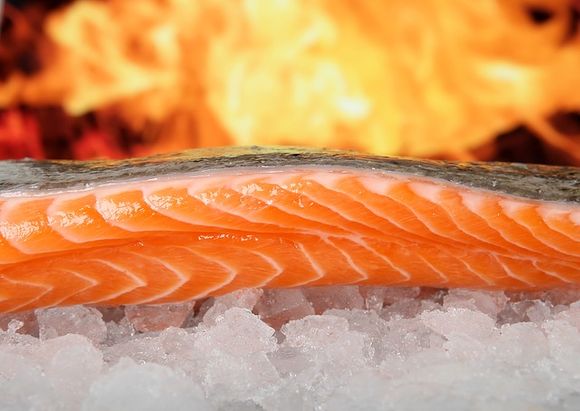 Which foods are rich in zinc

Zinc deficiency appears to be a major problem globally and affects 40% of the world's population. Zinc is a vital nutrient for the brain, with important structural and functional roles.

It is a cofactor for more than 200 enzymes that regulate various metabolic activities in the body, including protein synthesis and DNA. It also has a role in:

Early development, when the activity of cells is highest, can be a particularly sensitive period to zinc deficiency. This can interfere with the work of many organs, especially in childhood, when the nutrient needs are large.

Zinc deficiency is associated with decreased growth of neurons and brain volume, which leads to a possible slowdown in cognitive function. In addition, zinc levels have been linked to reading skills and school progress [ref. 6]. 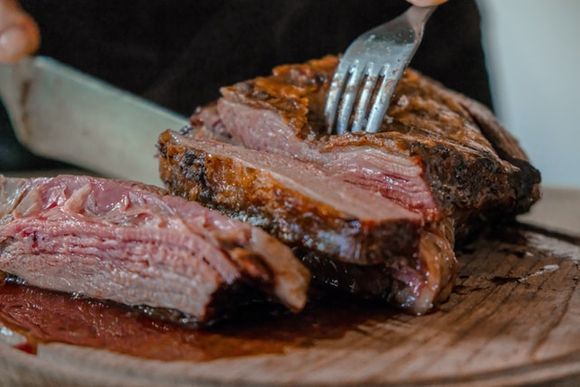 Moreover, zinc deficiency can cause aggressive and antisocial behavior, decrease in attention, negative influence on temperament, coarse and fine motor skills, as well as social skills.

Foods that are a good source of zinc are [ref. 7]:

The recommended daily intake of zinc is:

Iron-rich foods - important for all ages

Iron is an important nutrient at all stages of human development. It is particularly important for children due to its vital impact on their development, especially for the normal anatomical development of the fetal brain.

Iron deficiency in infancy is the most common deficiency of trace elements and can lead to irreversible damage to brain structure and cognitive function. 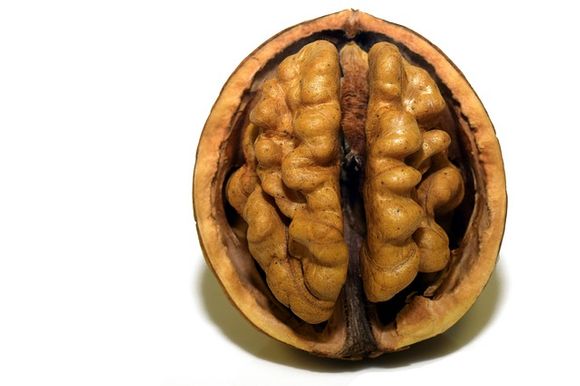 The potential mechanisms for this are associated with the influence of iron deficiency on the metabolism of nerve cells and the function of neurotransmitters (substances that transmit signals in the nervous system) during brain development.

Research has shown that iron deficiency can lead to [ref. 8]:

Iron in food is of two types: heme and non-heme.

Heme iron comes from animal products and is digested more easily than non-heme, which is found in plant food.

Therefore, it is important when we rely on plant sources of iron - to provide vitamin C in our portion - such as orange juice, broccoli or strawberries, or to eat these foods in combination with veal, fish or chicken.

Some foods can help our body absorb iron from food, but others can interfere with it. In order to absorb the most iron from the foods we eat, it is good to avoid drinking coffee or tea, as well as not consuming foods or drinks rich in calcium with foods rich in iron. Calcium itself can interfere with iron absorption [ref. 9]. Thus, the favorite combination of nettle or spinach with cheese and yogurt does not seem to be the best if we want to absorb iron. 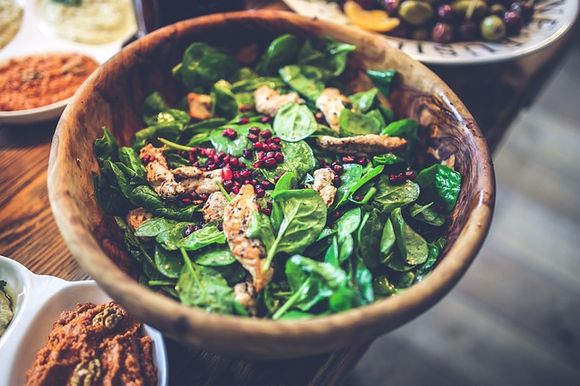 Iron-rich foods to include in our children's menu, and also in yours:

Iodine is an important microelement for the function of the body. It is essential for the biosynthesis of thyroid hormones necessary for the normal increase, development and functioning of metabolism throughout life.

Iodine deficiency can cause non-reversible brain damage and mental retardation. The reason is that iodine is the main element that the thyroid gland needs in order to synthesize its hormones. And they play a decisive role in the process of early development, especially of the brain [ref. 10].

Research has shown that the most severe form of brain damage as a result of iodine deficiency is cretinism, characterized by severe and irreversible changes in brain development and mental retardation.

Iodine deficiency during pregnancy is a very important issue that needs attention, as it affects the cognitive and motor development of children, which can later affect their entire life. 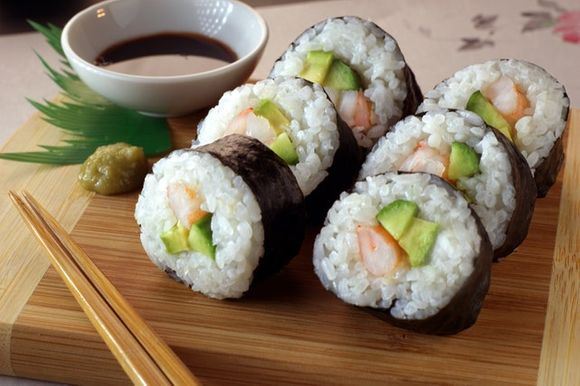 Foods that are a good source of iodine are:

Foods that contain high amounts of vitamin B12

Vitamin B12 plays a vital role in the normal development and functioning of the brain. Myelin production is an essential component in brain development from pregnancy to childhood and is largely associated with the development of the nervous system and subsequent cognitive function.

Vitamin B12 also serves as a cofactor in numerous catalytic reactions in the human body that are necessary for the synthesis and functioning of neurotransmitters.

B12 works together with other B vitamins to improve certain functions. For example, B12 and folate (vitamin B9) together help create red blood cells.

Vitamin B12 deficiency can cause pernicious anemia with effects on mental development, while its complete absence can lead to neuropathy, fiber degeneration and irreversible brain damage.

Certain conditions (such as Crohn's disease, pancreatic disease and diabetes) and medications (such as drugs against heartburn) can also interfere with absorption and increase the risk of deficiency. 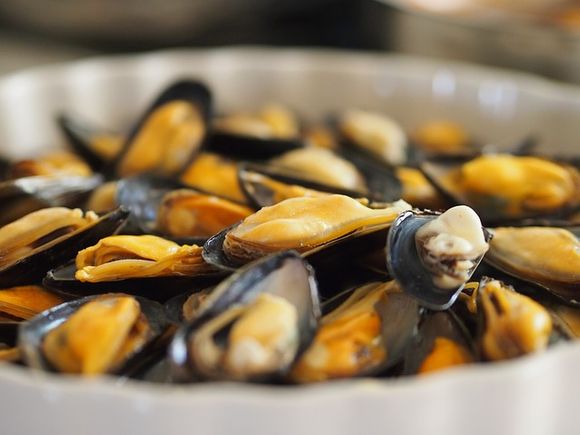 Vegans and vegetarians sometimes have trouble consuming enough B12, since many of the food sources of the vitamin are animal products.

Diet is the best way to get enough vitamin B12. An average adult should consume 2.4 micrograms (mcg) of vitamin B12 per day.

Foods rich in vitamin D - when sun exposure is not enough

Vitamin D deficiency is considered one of the most common food deficiencies and is usually an undiagnosed medical condition worldwide.

Vitamin D is produced mainly in the skin after exposure to ultraviolet radiation and less than 10% of it is provided from food sources. Studies in humans have shown that low levels of vitamin D during pregnancy are associated with adverse neuropsychiatric outcomes, including schizophrenia and autism in the child.

Recent research has shown a link between the mother's vitamin D levels in early pregnancy and delayed neurocognitive development, including problems with language, mental development and psychomotor development in infancy.

Advanced brain visualization techniques can detect unique changes in a toddler's developing brain that may often be associated with vitamin D deficiency. 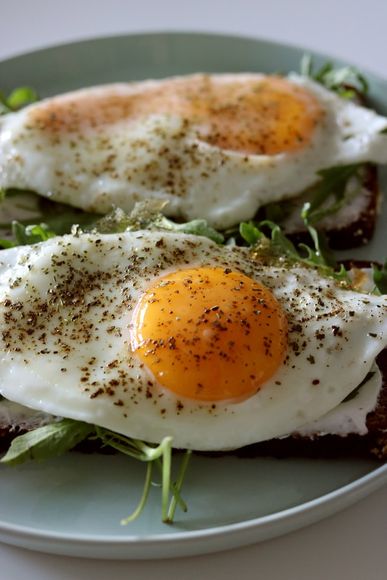 In other words - it is important for women planning a pregnancy to increase their vitamin D levels in advance.

Foods that are a good source of vitamin D are few:

Healthy eating with adequate amounts of the main trace elements, proteins and calories delivered in the right period of time can ensure the proper development of the baby's brain. As parents, we must provide our children with everything necessary for their good mental development, including instilling in them habits for healthy eating and a taste for healthy food.

What should I do before I get pregnant

Why start a keto diet or give it up