9 herbs that will help you relieve cough

In this article you will find information about 9 herbs, which doctors daily prescribe as an alternative treatment of cough. 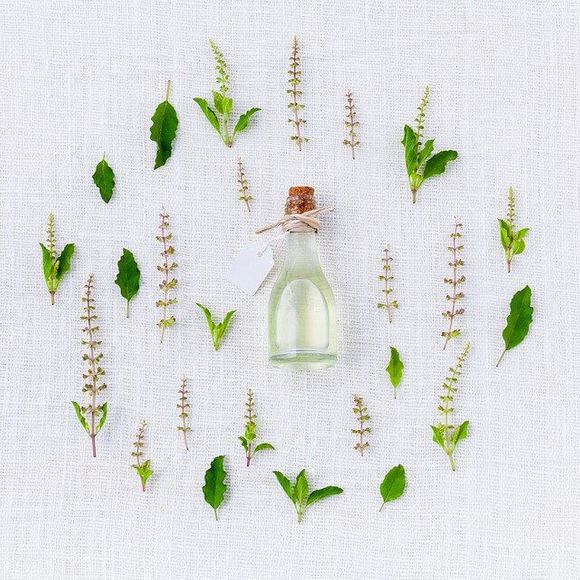 In times like this we are all tired of taking medicines, and doctors are tired of prescribing them. Both sides want to prevent the overuse of pharmaceuticals, but how to deal with persistent cough without medications?

In this article you will find information about 9 herbs, which doctors daily prescribe as an alternative treatment of cough. These herbs are for adults ONLY, and not for children.

Doses for children are extremely small and you must consult your pediatrician before preparing a tea for your child. The problem is that children can't cough very well and this leads to worsening of their condition. 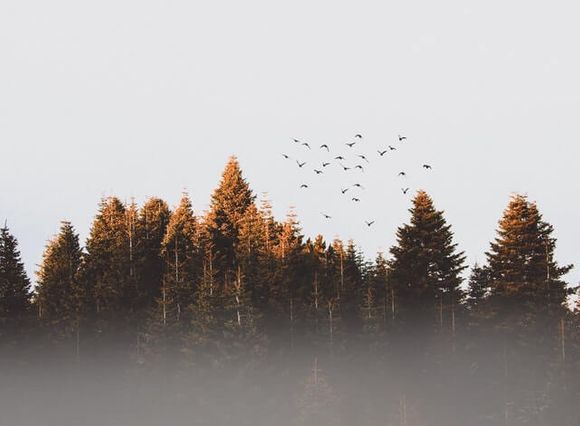 On the official sites of lung disease sanatoriums, you may come across descriptions that give detailed information about the forest that surrounds the building.

This information is not put in place to fuel the reader's landscape curiosity. It is there because the fragrant chemicals that the trees such as oak, beech, fir, pine, emit, have a beneficial effect on the respiratory system.

If you expect tea or inhalations with Scotch pine (Pinus sylvestris L.) sprouts extract to calm your throat, it will not work out exactly as you wish. They are for expectoration, to stimulate the mucous membrane to regenerate faster, and they have anti-inflamatory properties.

This herb is derived from small, tender, young sprouts of the Scotch pine before they have even blossomed. In Latin, the pine tips are called Turiones Pini or Pini turiones.

The timing of picking is specific, and for this we recommend that you buy the from a pharmacy. Keep in mind: higher doses in your tea - more expectoration. 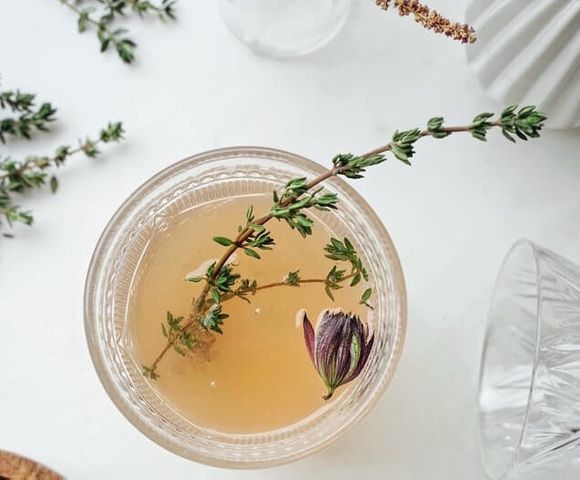 In addition to irritated stomach and intestines, colds and 100 other pains, thyme (Thymus vulgaris) is also used to soothe the throat when coughing. In some syrups, thyme extract is used in a combined medicinal product, achieving liquefaction of secretions, disinfectant and local analgesic effect in cough.

The reason for this action is the phenolic compound thymol, which is part of thyme's composition. Thymol is used in medicine as an anti-inflammatory and antiseptic and soothes the throat.

Interestingly, it has long been used as a remedy against mites and parasites in agriculture. 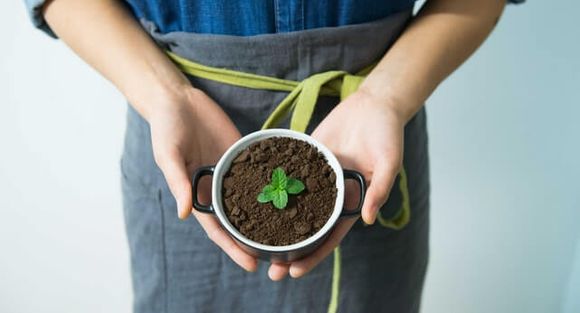 Some use mint (Mentha spicata) for gargle against bad breath, but it also soothes the cough.

It also soothes the gastrointestinal tract by beneficially affecting stomach pain, nausea and irritable intestines. Some people add mint leaves to a larger amount of boiled water, as this is thought to improve the dubious quality of the water and give it a fresher taste.

The active ingredient is menthol and studies show that even with early symptoms, the common cold can be stopped by this compound. Ointments with essential oils of menthol and eucalyptus are being developed [ref. 1].

Singers should keep in mind, however, that sucking herbal tablets containing menthol will relax the throat for about 15 minutes, but then the voice might change. 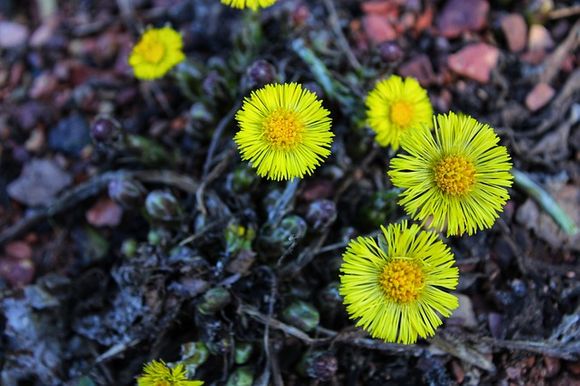 The leaves of coltsfoot (Folia Farfarae, Tussilago farfara) soothe the throat. In Chinese medicine, the coltsfoot is often used because of its antioxidant properties.

Research has shown that it contains phenols and flavonoids, as well as significant levels of trace elements such as zinc, magnesium and selenium, which also explains the antioxidant activity of the herb [ref. 2].

Because of essential oils (5-8%), it is also used for inflammation of the respiratory system. In severe bouts of coughing (especially at night), coltsfoot tea soothes the throat. It is used mainly for problems of the upper respiratory tract (pharyngitis, laryngitis, etc.).

There are also contraindications to it - it should not be taken by pregnant women and children under 2 years of age. Let us remember that when the baby is breast-feeding, the mother's milk contains compounds from the food and drinks that the mother has consumed. Therefore, it should not be taken by women who are breastfeeding children under 2 years.

If your doctor prescribes you this herb, you should inform them if you have kidney problems or any allergies. 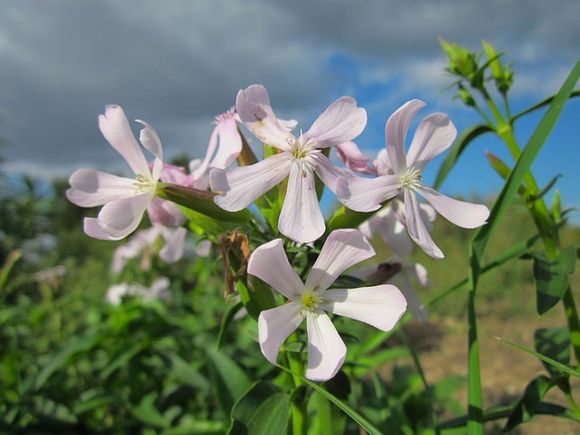 Besides a favorable effect on the throat, the herb also has a diuretic effect, accompanied by increased sweating, and sometimes a laxative effect.

It is therefore necessary to consult a specialist to look at factors such as high and low blood sugar and what is the causative agent of cough. If a virus attacking the intestine is involved, the herb should not be taken is gastrointestinal problems haven't improved.

Common soapwort contains a significant amount of saponins, which cause the gastrointestinal inconveniences. [ref. 3] But they also boost the immunity.

The infusion of the herb liquifies the secretions and expectoration is facilitated. Therefore, it has a calming effect on coughing. 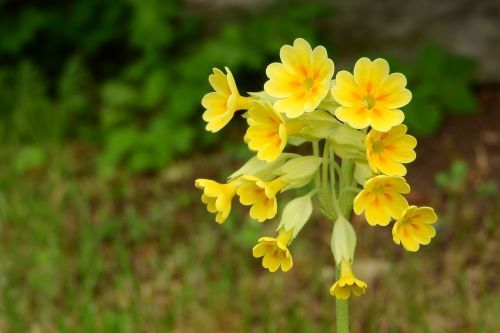 Unlike the herbs listed so far, which are known for their healing properties on another part of the body other than the upper respiratory tract, then the main action and what the root of primrose is associated with is precisely expectoration.

And here the "culprit" are the saponins, which initiate enhanced separation of secretions. Essential oils, on the other hand, soothe inflammatory processes.

But excessive intake of primrose root (Primula veris) can irritate the gastric mucosa and cause diarrhea. Therefore, it is important that people with stomach problems be careful.

Consultation with a doctor here is also mandatory, as is the careful choice of source of the herb itself. The correct time of picking and drying of the roots of the primrose are specific and affect its healing power. 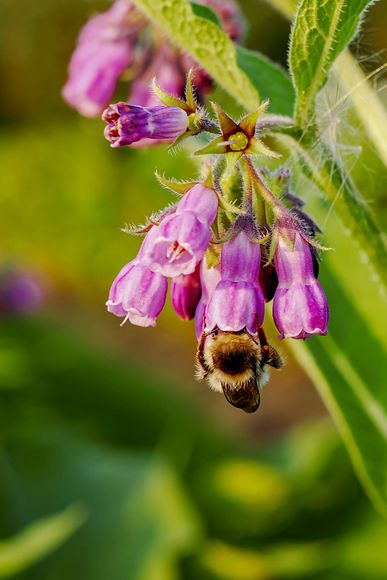 Since the past, the root of common cofrey (Symphytum officinale, true cofrey) is actively used and is known mostly for its anti-inflammatory and healing action with regard to wounds (external and internal).

Unlike the root of primrose, common cofrey root is applied precisely when stomach problems, such as ulcers, are present.

In Bulgarian traditional medicine it is better known for its beneficial action for the upper respiratory tract (cough, laryngitis, pharyngitis).

Common cofrey root intake might be dangerous. It is necessary to take breaks and strictly observe the dose so that no side effects occur. This is a strong herb that carries the risk of serious poisoning. Even research is being carried out on how the toxic action of this type of herbs [ref. 4] could be reduced. A consultation with your physician is mandatory in this case. 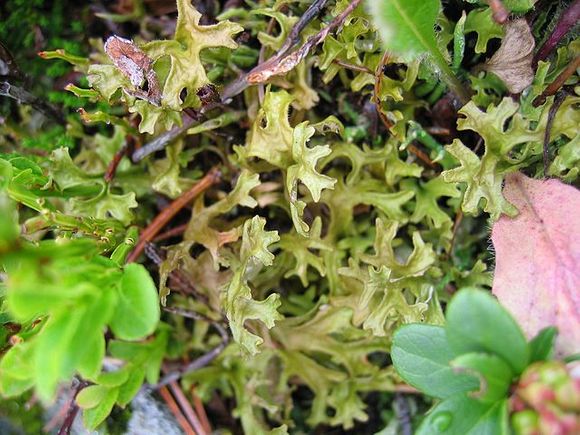 Iceland moss (Cetraria islandica) is a type of lichen that sooths the mucous membranes of both the gastrointestinal tract and the upper respiratory tract. In 1807-1814, during the famine in Norway, it was used as a basic food ingredient. When it comes to cough problems, it is recommended to take it in combination with mint and coltsfoot.

More often it is applied in the form of compresses - externally. The herb is used in folk medicine, not so much for coughs, but for injured surfaces - purulent wounds and burns. The reason for this is its pronounced bactericidal action, which inhibits the development of the pathogen.

Today Iceland moss is also used to increase appetite. Recently a polysaccharide, which is believed to have immunostimulating effect, was isolated from the herb [ref 5].

It is important to stress that taking Iceland moss is contraindicated for people with autoimmune diseases (lupus and others), and even if the patient does not suffer from such a disease, they should be closely monitored whether it will cause an individual side effect. Some sources say that it should not be taken by patients with gastro-duodenal ulcers.

Marsh-mallow (Althaea officinalis) is used for problems with the throat - pain, cough, a feeling of tightness. It soothes the irritated mucosa because of its anti-inflammatory action. It helps expectoration and soothes the sore throat.

The herb is also widely used in cough syrups, in combination with other ingredients. In folk medicine, the marsh-mallow has long been used for inflamed gums, which is why dentists would recommend gargling with the herb as an accompanying treatment.

In recent years, its healing properties with regard to diseases of the gastrointestinal tract and its antioxidant activity [ref. 6] have been studied.

The composition of the roots and leaves differs significantly, and therefore, before applying, it should be specified with the attending physician, which part of the herbs hould be used for gargles.