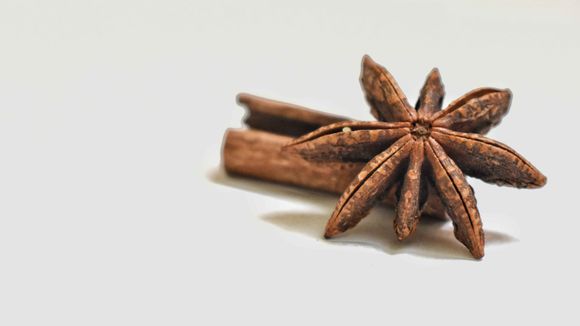 Most chefs and cooks know that adding a pinch of this or a pinch of that can turn a simple dish into real magic. But what many people do not know is that some herbs and spices can help prevent cancer. Scientists have discovered that some foods, including some herbs and spices, contain phytochemicals that can biologically affect the body towards cancer prevention. In the first part of the topic we have explored the action of bahar, basil, kim, cardamom and cinnamon, and today we continue with the selection of anticancer herbs and spices.

Herbs and spices for the prevention and treatment of cancer

Cloves are extracted from flower buds of the Eugenia caryophyllata tree. Several bioactive components are found in carnations, including tanins, terpenoids, eugenol and acetylevgenol. [ref. 1]  Cloves originate in Indonesia and are used for culinary purposes in many countries. Although no human studies have been conducted so far to evaluate the use of cloves for cancer prevention, several studies conducted in mice have suggested its effectiveness, especially in modifying cell detoxification processes.

For example, the study "Plant products as protective agents against cancer" noted that feeding mice with 40 mg. clove per gram of food leads to an increase in GST activity (glutathione-S-transferase) compared to those who did not receive the spice. The physiological significance of these findings remains unclear, since the increase is approximately 2% above normal in the liver (insignificant), 18% in the stomach (p<.05) and 33% in the esophagus (p<.05). In the same study, there was also an increase in concentrations of GST in the stomach (p .05), which implies the detoxifying effect of the ingredients of cloves in the stomach.  [Ref. 2]

In another study, feeding cloves (0.5%, 1% and 2%) to mice for different durations (10, 20 and 30 days) modified several Phase II enzymes associated with the bioactivation of a carcinogen.[ref. 3]  A dose-dependent response has been observed for several detoxification enzymes. After 20 days, all exposures result in a significant increase in GST and cytochrome b5.  Eugenol may be responsible, at least partially, for the induction of Phase II enzymes, which is one of the ingredients of cloves.  [Ref. 4]

Coriander is an herb of the Apiaceae family and originates from southern Europe and North Africa to Southwest Asia. Although all parts of the plant are edible, its fresh leaves and dried seeds are most often used in cooking.

Coriander is common in many foods around the world. One of its main ingredients is linalool. Several animal studies provide evidence that coriander seeds can stimulate the antioxidant system of the liver, but more human studies need to be done to clarify its benefits.  [ref. 1]

Cumin is a flowering plant of the Apiaceae family and originates in the region of the eastern Mediterranean and India.  [ref. 6]  Timoquinone is the most common component of black cumin seed oil. Cumin has been reported to exhibit antioxidant, antimicrobial, anti-inflammatory and chemoprophylactic properties.  [ref. 7] Part of this response may be due to the ability of cumin to influence phase II enzymes, similar to cloves.

There is significant evidence of the ability of thymoquinon to suppress the proliferation of tumor cells, including colorectal cancer, adenocarcinoma of the breast, osteosarcoma, ovarian cancer, myeloblastic leukemia and pancreatic cancer.  [Ref. 8] 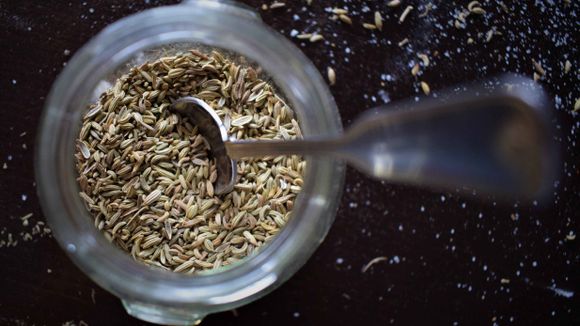 Dill is a relatively short-lived perennial spice. Dill is an herb that practically has two components depending on the seasons. In early spring, the leaves are used, and in autumn you could use the seeds of the spice.  [ref. 9]  The main ingredients of dill oil are anethofuran or 3,6-dimethyl-2,3,3a,4,5,7a-hydroxobenzofuran and carvon or p-mint-1,8-dien-2-one. As with other spices, there is evidence that dill promotes drug detoxification mechanisms by increasing the activity of the GST detoxification enzyme. [ref. 10]

Garlic is  a member of the Alliaceae onion family. Garlic has been used throughout history for both its culinary and healing properties. The distinctive characteristics of garlic stem from sulfur, which accounts for almost 1 % of its dry weight. The main sulphur-containing ingredients are γ-glutamyl-S-alk(en)yl-L-cysteines and S-alc(en)yl-L-cysteine sulfoxides. Preclinical models provide fairly compelling evidence that garlic and associated components can reduce the incidence of breast, colon, skin, uterus, esophagus and lung cancers. However, research in humans is insufficient to draw the same conclusions about its action in humans.

Several lipid and water-soluble organosulfur compounds of garlic have been studied for their antiproliferative efficacy. Some of the more commonly used lypidosoluble compounds of allyl sulfur in tumorogenesis studies are ajoene, DAS, DADS and dialyl trisulphide (DATS). The degradation of allicin seems necessary to achieve maximum inhibition of the tumor. Allyl-sulfur compounds more successfully suppress neoplastic over neoplastic cells, according to Allyl sulfides from garlic suppressing the in vitro cell a549 lung tumor cells.  [ref. 11]  Allyl sulfurs can lead to changes by affecting genomic expression by affecting the homeostasis of histone. Allyl mercaptane is also a particularly potent inhibitor of histone deacetylase. Inhibition of HDAC has the potential to depress epigenetically muted genes in cancer cells, leading to cell cycle cessation and apoptosis (programmed cell death). 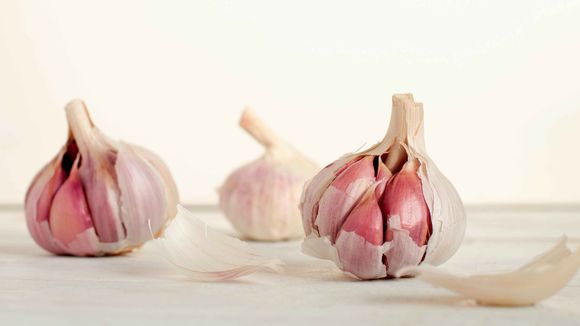 Ginger is a member of the Zingiberaceae family and is widely consumed not only as a spice, but also as a healing agent. It is sometimes called 'root ginger' to distinguish itself from other products that share the name. The main ingredients of ginger include [6]-gingerol, [6]-paradol, [6]-shogaol (gingerol for dehydration) and zingeron.

Various animal models were used to investigate the role of ginger in cancer prevention, with some results being for increased activity of aril hydroxylase by about 25%, increased glutathione-S-transferase by 60% and others.

In prostate cancer, the mitogen-activated protein kinase phosphatase-5 (MKP5) is distinguished as a pro-inflammatory inhibitor in the congenital and adaptive immune response in vivo. [ref.13] Ginger extracts, more than its individual components, have been shown to inhibit lipopolysaccharides-induced prostaglandin E2 (PGE2) production to an extent similar to that of indomethacin (a type of nonsteroidal anti-inflammatory drug).

Ginger also seems to have antitumorogenous properties. Several cell lines have been studied for their sensitivity to ginger. In general, while the anticancer effects of ginger are intriguing and several processes may be associated with observed reactions, further studies are needed to determine the overall benefits for humans.

Rosemary is a woody herb with fragrant coniferous leaves that contains a number of potentially biologically active compounds, including antioxidants such as carnotic acid and rosemary acid. Other bioactive compounds include camphor (up to 20% in dry rosemary leaves), caffeic acid, ursolic acid, betulinic acid, rosemarydiphenol and rosmanol.

There is evidence that rosemary extracts or its isolated components can slow down chemically induced cancer. For example, it has been reported that topical administration of rosemary extract blocks the initiation and promotion phases of B(a)P- and DMBA-mediated skin tumorogenesis. The use of rosemary or carnozole has also been shown to slow down DMBA-induced breast cancer in rats. 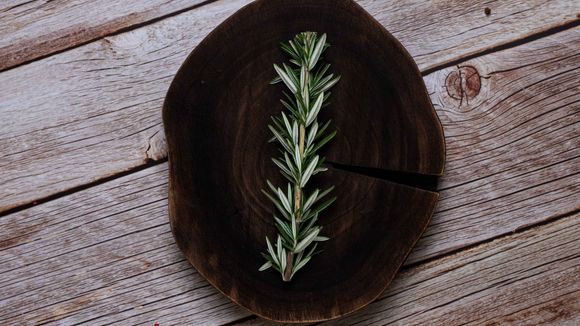 Saffron is a spice derived from the flower of saffron (Crocus sativus) originating in Southwest Asia. [ref.15] Significant scientific information points to the ability of saffron to inhibit cancer. Water saffron preparations have been reported to inhibit chemically induced skin carcinogenesis, with changes in both bioactivation of the carcinogen and tumor proliferation.

Saffron and crocus also have significant antitumorogenic properties. Like other spices, they seem to suppress cell growth in neoplastic cells to a greater extent than in normal cells. [ref.16]

Thyme is another culinary and medicinal herb. Today, the typical use refers to some or all members of the genus Thymus plants, also from the Lamiaceae family. Several active agents have been reported, including tymol, carvacol, apigenin, luteolin, tanins, γ-terpine and other oils. [ref.17] It has been reported that when consuming thyme leaves (0,5 % or 2,0 %) or its phenolic compounds, thymol and carvacol (50-200 mg/kg), it improves phase I metabolising enzymes such as 7-ethoxycoumarin O-deethylosis and Phase II enzymes such as GST and quinone reductase. The action of isolated components is more powerful, according to data in modulation of pregnane X receptor- and electrophile responsive element-mediated gene expression by dietary polyphenolic compounds.  [ref. 12] 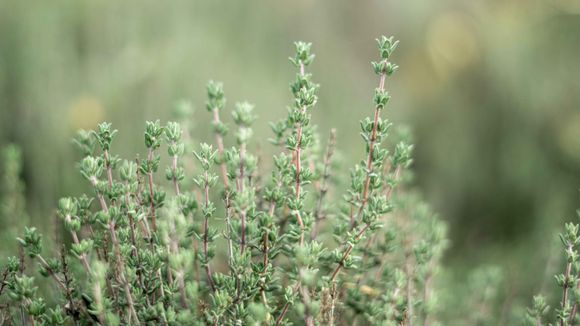 There is growing evidence suggesting that cancers are not an inevitable consequence of aging, but preventable diseases. All scientific data presented in Part One and Part Two of this topic suggest that many spices and herbs can contribute to lowering the risk of cancer and affect the behavior of tumor formations through various mechanisms of action.