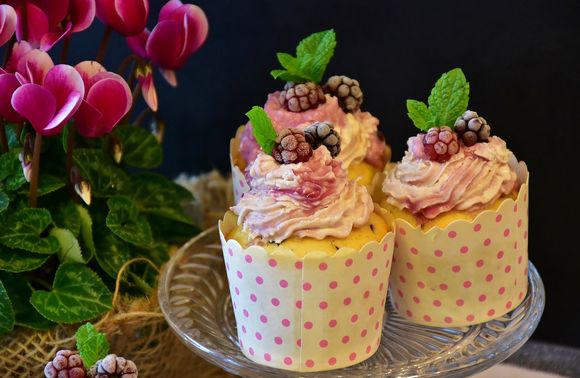 Posted by Elena Marinova 7 months ago

What are the most famous natural sweeteners, what they are and from which plants are extracted. The answers to these questions can be found in the following article.

Excessive use of sugars leads to an accumulation of excess weight, obesity, and often this unlocks serious diseases. Fortunately, the abundance of natural sweeteners allows full replacement of refined sugar, prevention of severe metabolic diseases and even support treatment if the disease is already present.

"Dosis Sola Facit Venenum" - "Only The Dose Makes The Poison"

You may have heard this sentiment from the famous Swiss doctor Paracels. He clarified that all substances are poisonous and "only the dose distinguishes poison from the drug".

The interpretation of this sentiment shows that even substances that we consider useful can harm us if taken in large quantities. So it is with added sugar. It is present in everything we love - sweet temptations, juices and other drinks, pasta, but its excessive use can be very harmful to the body.

Sugar is derived from sugar beet and sugar cane. After a process of refining and crystallization, sugar is obtained as we know it - single white crystals. In recent years, the use of brown sugar has increased, which is much more healthy than white sugar, but the process of obtaining it is more expensive and complex.

Why Is High Sugar Intake Harmful

The intake of refined sugar leads to a very rapid rise in blood sugar. This is a signal for the production of a large amount of insulin - a hormone that is released from the pancreas and thanks to which glucose is absorbed by the body's cells. These processes occur very quickly and eventually lead to a rapid decrease in blood sugar levels, stress, irritability and a feeling of hunger.

When the intake of added sugar is greater than the body's needs, excess is converted into fat, which is deposited under the skin and around some organs. Data show that when a person's diet includes a high amount of added sugars, the likelihood of obesity is greater. [ref.1]

Obesity is a major problem that can lead to harmful changes in metabolism and the emergence of a number of diseases. It also plays a key role in the so-called metabolic syndrome. 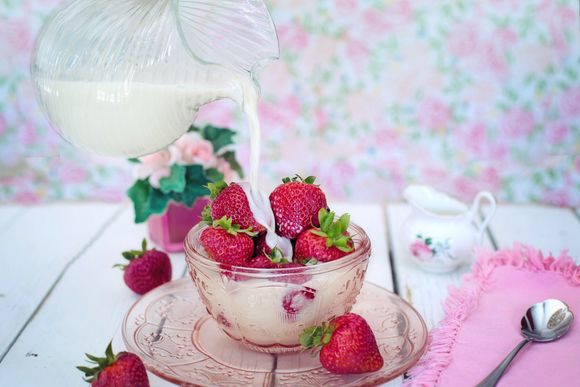 Sugars have a detrimental effect on our oral hygiene. The "sweet environment" they create favors the development of bacteria responsible for the formation of caries. [ref.2]

Is it true that we can get addicted to sugar? Yes, it is true and this is scientifically proven. The reason is that sugar activates a specific area in the brain responsible for feeling happy. This same area is also activated when taking drugs. [ref.3]

All these harmful effects affect to an even greater extent the developing body of children, who by nature have an affinity for sweets and no restraints in its consumption, as long as it is available.

The World Health Organization (WHO) recommends that adults and children reduce their daily intake of free sugars to less than 10% of their total energy intake. Further reduction to less than 5% or approximately 25 grams (6 teaspoons) per day would provide additional health benefits. [ref.17]

The most insidious are the hidden sugars used in almost every product today - even in the most unexpected, salty foods. For example, one tablespoon of ketchup contains one teaspoon of sugar.

It is no coincidence that one of the most popular diets is the ketogenic diet, in which carbohydrates, ie. sugars intake is kept to a minimum.

The Connection Between Refined Sugar And Cancer

Consumption of too much sugar leads to obesity, which in turn is associated with some cancers, including breast, prostate, uterine, colon and pancreatic cancers.

In addition, recent observations show that cancer cells easily use fructose for their growth and reproduction and prefer to use it to synthesize their nucleic acids. Probably the role of fructose in the development of cancer cells is due to mechanisms such as altered cellular metabolism, increased levels of free radicals, DNA damage and inflammation. [ref.16]

When we mention natural sweeteners, perhaps the first thing you think of is stevia. This is because in recent decades there has been a lot of interest in this all-natural sweetener, its useful properties and the fact that it is a very suitable substitute for refined sugar.

The demand for stevia also determines its widespread distribution on the market. We can find it at any organic stand in small and large stores in the form of powder, liquid, tablets. This valuable sweetener can also be purchased from drugstores, pharmacies, and also from coffee shops.

Stevia is widely used in cooking and especially in confectionery. We can now safely eat delicious desserts with stevia without worrying that we will gain weight. The reason is that it contains zero calories and at the same time is 350 times sweeter than sugar.

Stevia is derived from Stevia rebaudiana leaves , also known as "sweet leaf" or "sugar leaf". This plant is widespread in South and Central America and belongs to the Asteraceae family. The leaf extract used as a sweetener may have a sometimes bitter or residual taste. Therefore, the extraction process is more specific, so the price of stevia is higher than that of refined sugar. 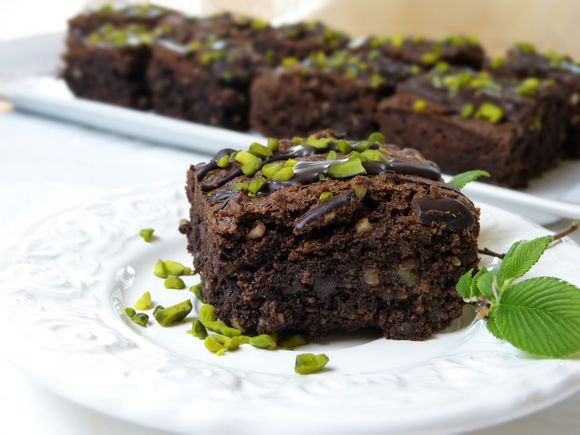 Stevia has been used as a sweetener since ancient times

When we see the name of stevia in any recipe or in the content of any product (juice, cake, chocolate, ice cream), this attracts our attention. In recent years it is even fashionable to consume products with stevia sweetener.

In fact, the Stevia rebaudiana plant and its qualities as a natural sweetener have been known since ancient times. The Guarani Indian people used the sweet leaves of stevia for 1,500 years, and the Spanish botanist Pedro Esteve (hence the name stevia) first studied the genus Stevia. In Brazil and Paraguay, the plant has been used for many years for medicinal purposes, and the sweet leaves - to sweeten teas.

Stevia rebaudiana leaf extract contains in the greatest amount the substances stevioside and rebaudioside. They are not caloric (contain zero calories), but are up to 350 times sweeter than sugar. [ref.4]

Stevia has beneficial properties for the body, which are due to the stevioside contained in the leaves. This substance has been shown to have a beneficial effect in patients with type 2 diabetes. Stevioside lowers the postprandial blood sugar level (blood sugar level after a meal) in such patients. [ref.5]

Stevioside reduces blood pressure in patients with moderate hypertension. This is proven by a two-year study conducted in China. The substance reduces both systolic and diastolic blood pressure and thus improves the quality of life of patients. [ref.6] 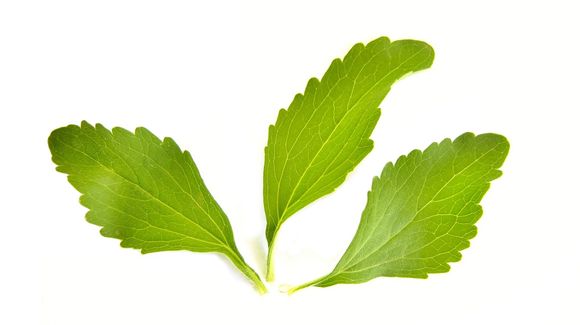 Use and safety of stevia

Studies have been carried out to prove that stevia is safe when used as a sweetener, but should not be used as a substitute for food. No allergic reactions have been described when using stevia, but the likelihood of occurrence of stevia should not be excluded. [ref.7]

Xylitol - The Sweetener For Man That Is Toxic For Dogs

Some multivalent alcohols, also called polyols, are used as natural sweeteners. The most famous of these is xylitol. This sugar alcohol is found in some fruits and vegetables, and is most often derived from maize and birch wood. The sweetness of xylithol is comparable to that of sugar, but in contrast, it is much lower in calories - 2.4 calories per gram (4% less calories than sugar).

In addition to being a sweetener, xylithol is used for the prevention of dental caries. It has been shown that the use of foods and oral hygiene products containing xylithol reduces the formation of dental plaque. This prevents the reproduction and growth of bacteria responsible for the formation of cavities, helps remineralization. [ref.8]

Another advantage of xylithol over refined sugar is that it does not increase the level of blood sugar and, accordingly, insulin [ref.9].

Use and safety of xylitol

The use of xyliol in humans is well-tolerable, it is safe when used in moderation. Sometimes it can cause digestive disorders. However, this sugar alcohol is quite toxic to dogs, so if you have one, you should be very careful not to let them eat your chewing gum with xylithol. [ref.10] 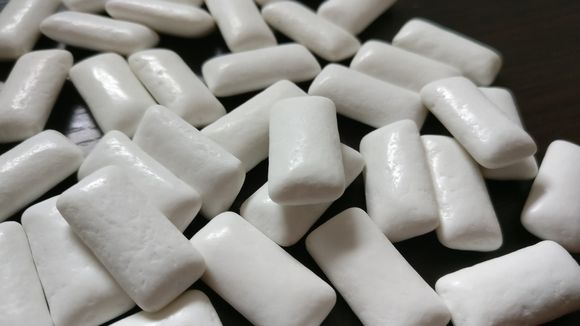 Erythriol is also a representative of sugar alcohols. It is extracted from some fruits, but in the form of powder it is obtained more often industrially. This alcohol is low-calorie - contains 0.24 calories per gram (6% of the calorific value of refined sugar). Its sweetness is similar to that of sugar, but may have a slight aftertaste.

A study has been conducted which found that erythriol leads to fat and weight accumulation - despite its low calorific value. [ref.11] More research is needed to prove this.

The advantage of erythrithol is that it does not increase the level of blood sugar, insulin, triglycerides. It is not broken down by enzymes in the body, but enters directly into the blood current and is excreted unchanged through the urine.

Use and safety of erythriol

Erythriol is well tolerated by the body, and its use is not associated with side actions, but can sometimes be the cause of digestive disorders, especially when combined with fructose. [ref.12]

This perennial herbaceous plant is also known as luohan guo, belongs to the Pumpkin family and is common in Southeast Asia. The sweetener is extracted from the exotic round fruit, which is not caloric (contains zero calories), but has a great sweetness - 100 to 250 times sweeter than sugar. This sweetness is due to the mogrosides, which are contained in the fruit extract and are substances with antioxidant action (neutralize harmful free radicals).

More studies are needed to prove the beneficial effects of using monkfruit extract. There are studies that show that this sweetener blocks the growth of tumor cells. [ref.13] 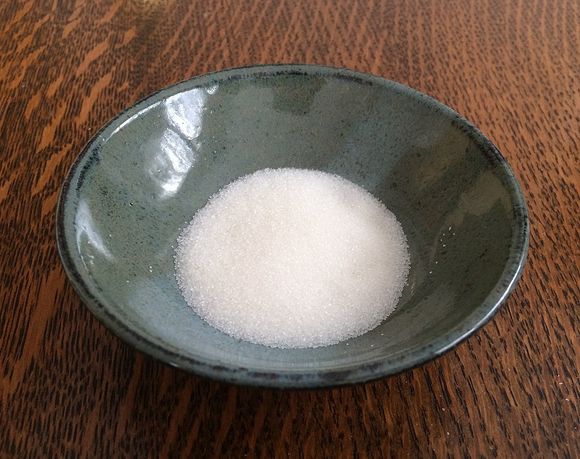 Use and safety of the monastic fruit

The sweetener from the monkfruit is considered safe for human use and no adverse effects are described. However, more studies are needed for its use. [ref.14] It is important that when buying such a sweetener, you make sure it doesn't contain added sugar or other artificial sweeteners.

The yacon syrup is also among the natural sweeteners. It is obtained from the tubers of the yacon plant - Smallanthus sonchifolius, whose homeland is South America. Yacon syrup has a sweet taste, dark color and thick consistency. It contains about 40-50% fructooligosaccharides - specific sugars that are not digested, which determines its lower caloric content - 1.3 calories per gram.

The abundance of fructooligosaccharides gives the beneficial effect of prolonged intake of yacon syrup in premenopausal women who have insulin resistance [ref.15]. This sweetener reduces weight and enhances the feeling of sity.

Some natural sweeteners are very close to sugar, metabolized in a similar way and in large quantities they burden the body and especially the liver. Such are honey, coconut sugar, maple syrup.

Very often they are used as sugar substitutes, but they contain more nutrients than sugar. They are part of the diet of healthy people, but in general they are almost indistinguishable from sugar and follow its metabolic pathway.

They are not recommended in overweight people and should not be taken by people with metabolic diseases (for example, type 2 diabetes).